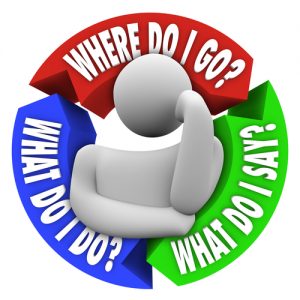 I was at good friend David V’s house watching a ball game. Between innings we saw two commercials. The first told viewers why they should vote for the incumbent governor, touting his accomplishments and describing him as a “fiscal conservative”.

Immediately following was his political opponent, touting his wasteful spending, squandering away a budget surplus and calling him “fiscally irresponsible”.

I said to David, “One of those commercials has to be lying”. He grinned and responded, “Probably both of them.

We have progressed from TV character, Detective Joe Friday’s famous, “Just the Facts ma’am” to Jack Nicholson screaming, “You can’t handle the truth” in the movie, “A Few Good Men”. Recently a friend ended a political argument with, “You wouldn’t recognize the truth if it bit you in the butt!” According to a recent survey, he may be right.

In the recent “ACT National Curriculum Survey 2016” an overwhelming number of college instructors do not feel the youth of America are capable of sorting out the facts. The section “English Language Arts” is very telling. Teachers in grades K-12 indicated the following skills to be most important.

College instructors were then asked how well their incoming students were prepared in those skills. 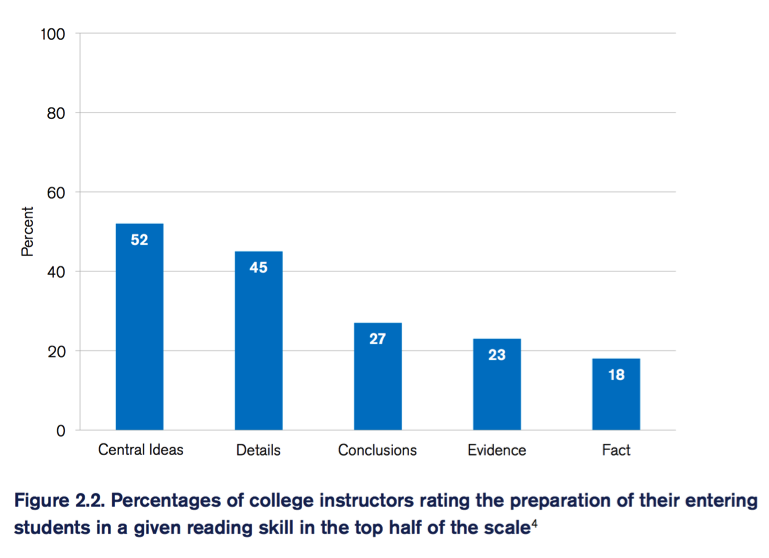 I will state my opinion. I don’t believe the business world would see much difference in college graduates.

What used to be clearly understood as right or wrong, black or white has now turned into a sea of grey. It’s no wonder people are confused.

Politics is the easy one to decode.

Last weeks article sums up my opinion of politicians. Most of them care about voters only at election time. Once they get into office, they are beholden to their political donors and will do and say anything to protect their power.

The next time I watched those TV commercials, I noted their sources for information. Each quoted newspaper articles and it was presented as though it was a fact. Of course we know everything we read in the newspaper is totally fact checked, verified and is not politically motivated. (Sarcasm intended)

The integrity of often-quoted Snopes as a fact checker has also come into question. Who can you believe?

When it comes to lies, Joseph Goebbels, German Minister of Propaganda said:

“If you tell a lie big enough and keep repeating it, people will eventually come to believe it…………..The lie can be maintained only for such time as the State can shield the people from the political, economic and/or military consequences of the lie. It thus becomes vitally important for the State to use all of its powers to repress dissent, for the truth is the mortal enemy of the lie, and thus by extension, the truth is the greatest enemy of the State.”

This interesting website tells us the original quote began with Lenin and has not gone out of style:

“See, in my line of work you got to keep repeating things over and over and over again for the truth to sink in, to kind of catapult the propaganda.” — George W. Bush, Rochester, N.Y., May 24, 2005

Then again, who knows if the website is being factual????

Goebbels provides a great decoding tool: “The lie can be maintained only for such time as the State can shield the people from the political, economic and/or military consequences of the lie.”

The miracle of the Internet makes it more difficult for government to “repress dissent”. As I recently wrote, the government is trying to get the public to believe that the recession is over, borrow money and spend, spend and spend some more to get the economy moving. It’s not happening because it is increasingly difficult for them to shield the citizens from seeing reality and communicating with one another.

The government still uses its power to repress dissent. Threatening credit agencies if they downgrade the USA credit rating is just one example.

What can individual citizens do?

Get over it – politicians and government generally do not change.

Our biggest challenge as family elders is to do our job with our offspring that the educational system will not do.

I was helping my grandson with his homework. The particular lesson was anti-capitalist, big business is greedy and does nothing but steal from the workers. Because those assertions come from an authority figure, young children are inclined to accept them as facts.

I explained those were opinions, not facts. Part of maturity is listening, researching and forming your own opinion independently. We discussed his recent field trip to the local Toyota plant. The plant not only provides thousands of excellent paying jobs, but also the town is better off because they pay a huge sum in taxes.

Sure the owners make money; however many of the workers in the plant own stock in the company and are part owners. The automotive market is very competitive so it is very difficult for them to get greedy.

Just because Big Brother says it, does not make it so, regardless of political party. Trust your own judgment. The political class says they are protecting us because, “we can’t handle the truth”. Baloney, they are afraid (truth is the greatest enemy of the State) because irate citizens revolt and they may lose their power.

Bending the truth and distorting the facts seems to be the new norm today. My recent article about PepsiCo obscuring their earnings is just one example of the challenge investors face. Their justification is “Everyone is doing it so it must be OK”.

“For seven straight quarters, over 20 percent of the companies in the S&P 500 have reduced their year-over-year share count by at least four percent, which conveniently translates into at least a four percent pop in their per share earnings. Ain’t math grand!”

There is plenty investors can do

1. Don’t rely on headline numbers or sound bites. Those who have motives that may not be in your best interest present them. PepsiCo wants stockholders to believe they are doing a terrific job so they don’t sell their stock and management can continue to get their bonuses.

2. Understand the political bias of the publication. When Volkswagen was guilty of a safety transgression, much of the media reported it was morally reprehensible and they should be fined billions of dollars. Chevrolet has been guilty of similar transgressions. You will likely find a much different tone in the same publications. I don’t condone the transgressions; however independent thinkers must “consider the source” and come to their own conclusion.

3. Discount information presented by stakeholders. It may be a broker touting their mutual fund, or recent earnings announcement. They will always put their most favorable foot forward. Many times they make things grey by conveniently omitting facts.

4. Look for the beef! I had a brokerage firm recommend an investment to me, based on a couple of headline numbers and stating “9 out of 10 major firms rate it as a STRONG BUY”. Where is the research? Did any of the 10 firms do any real research?

5. Look for independent research. I’m a fan of true independent research newsletters. I am not talking about the ½ page write-ups, but the real fact-diggers. Normally they are not stakeholders and their survival depends on how well they research and how solid their recommendations are. Look for unbiased objectivity.

6. Give great credence to data that carries criminal liability for lying. Reports that must be filed with the Securities and Exchange Commission, like a form 10-K (publically available) are boring to read but contain the facts.

7. Don’t buy into any investment until you are comfortable. Understand their financials, business plan, marketing plan and competition. If they are winners, you will soon see it and feel comfortable. If you are not comfortable, give up or keep digging!

Snap judgment investing is not going to work in today’s world; particularly with money earmarked for retirement. There are 50,000 shades of grey. With a little time and effort, you can easily become capable of distinguishing among fact, opinion, and reasoned judgment. The return on your invested time in education will be well worth the effort.

On the lighter side

I want to make a couple of public service announcements.

Last week I went to St. Louis to visit with good friend Chuck Butler who writes The Daily Pfennig. It’s a FREE daily publication and is a MUST READ for me. Chuck called the actions of the Fed back in January and has been spot on in his analysis.

I also see former Casey Research colleague, Jeff Clark is now writing for GoldSilver.com. It too is a FREE publication and a MUST READ.

What I like most about both my friends is there is no grey area; they quickly get to the heart of the matter. You know when they are presenting facts; opinion and their “reasoned judgment” is most always right on target – well ahead of the crowd. I have learned a lot from them.

Both sites are free, and I encourage readers to check them out.

Jo and I spent last weekend at a baseball tournament. Temperatures were just under 100 degrees. Shade and breeze are your best friends. Our daughter has a portable shade canopy and the fences were lined with them. These young folks have it figured out. I think of all the games we attended, sitting on hot aluminum stands and sweat running down our backs. What a difference they make. I doubt many grandparents would have been there were it not for the shade and a cooler full of ice water.

The most popular model seems to be this one. They were easily put up and repacked. It has wheels so it doesn’t have to be carried to the parking lot.

I can see why this product got a five star rating. I recommend it to anyone wanting to sit outside on a nice warm day.

I’m writing my closing remarks early because Jo and I will be in Cincinnati with our young grandsons watching our beloved Cubs. The boys live in southern Indiana – considered St. Louis Cardinal country. Cub fever is contagious, and once caught it is with you for life. We’re trying!