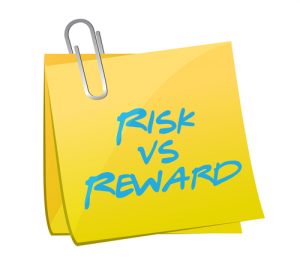 A decade ago I believed annuities were for rich people, the average person probably doesn’t need them. Investing through an insurance company is generally expensive.

What do retirees need from their retirement plan?

Whether you have a pension, 401k, IRA or a combination, most people say they want “guaranteed income” for the rest of their life. When you unpack that statement, it has several components.

Retirees could supplement their pensions or social security by investing a small portion in the market to offset inflation, and the major portion in safe bonds or FDIC insured certificates of deposit paying good interest rates – and be comfortable they could meet those goals.

If you planned well, saved, met your retirement targets and invested conservatively, you were in good shape. There was no need for annuities because the three goals were met. That worked well until the government bailed out the banks and interest rates dropped to historic lows.

Those who primarily relied on safe, juicy (probably government) pensions were generally OK. Retirees who depended on a retirement nest egg to supplement their social security faced a bigger challenge. Interest rates for safe bonds and CDs were a fraction of what they were prior to the bailout. My wife and I saw our interest income cut by 66%.

Millions of retirees and baby boomers were frantically looking for ways to make up the shortfall in safe, guaranteed income. A combination of lower interest rates, a stock market crash and 10,000 baby boomers retiring daily caused a significant increase in annuity sales.

What is an annuity?

Researching annuities became a real challenge. Most everything I found was written by those who sell them – promotional material disguised as educational.

A friend introduced me to Stan Heathcock, who’s known as “Stan The Annuity Man.” His website is spot on with this description:

“Stan The Annuity Man has been referred to as the “walking middle finger of annuity truth” and has been called the nation’s “annuity consumer advocate” for all things annuity.”

Although I have no financial arrangement with Stan, he’s been a terrific subject matter expert. I am grateful, Stan has spent countless hours – a patient and thorough educator for the benefit of our readers. I’ve interviewed Stan in the past and the quotes I use today came from those interviews.

In simple terms, you give an entity (government or insurance company) your money – by payroll deductions or paying a premium. They hold it for safekeeping and promise to pay you a check each month for the rest of your life – sometime in the future.

What are the risks?

Stan calls social security “the best annuity on the planet”. It’s safe because the federal government stands behind it. A private insurance company can go bankrupt.

While CDs, bank deposits, (FDIC) and stock brokerage accounts (SIPC–Securities Investor Protection Corporation) have federal insurance programs backing them, annuities do not. Annuities are backed at the state level and coverage varies from state to state.

The goal is to keep the insurance company solvent, so they can continue to pay their policyholders. If a state insurance commissioner feels an insurance company is fiscally unstable, the first step is to take control of the company to rehabilitate it and get it back on its feet. If that doesn’t work, they are deemed insolvent.

NOLHGA works with the individual state chapter to efficiently administer the process and protect the policyholders. Like any bankruptcy, the administrator captures as much of the company assets as possible to first pay the IRS, then pay creditors and policyholders.

NOLHGA explains the process this way:

“If the company does not have enough funds to meet its obligations to policyholders, each state guaranty association uses a combination of company assets and assessments of member insurers in its state to meet the claims of resident policyholders. The amount assessed is based on the amount of premiums each company collects in that state on the kind of business for which benefits are required.”

It’s not quite as bad as it sounds:

“Thanks to the guaranty associations, every eligible policyholder has been given the opportunity to have their policy assumed by another healthy carrier or had the covered portions of their policies fulfilled by their guaranty association itself…. In the multi-state insolvencies with which NOLHGA has been involved, approximately 2.6 million policies were protected by the guaranty system…in recent insolvencies more than…88% of policyholder annuity benefits have been covered in full.”

Why not 100%? Each state has a cap similar to the FDIC with bank deposits. While the NOLHGA model says, “$250,000 in present value of annuity benefits, including net cash surrender/withdrawal values”, it is just a guideline. Those who were not fully protected held policies with amounts above the state guaranty limits.

NOLHGA provides a link for each state. Knowing your state coverage limits is vital if you are making a significant annuity investment. Keep under the minimum and spread your risk among carriers so your retirement money is fully protected.

Risk of changing the rules

In my recent article, “The Social (In)Security Charade” I outlined the pitfalls of social security. Unless you work for the government and have a separate pension plan, workers have no choice; you must pay your social security taxes throughout your working career. The government continually changes the rules by altering the premiums, adjusting the full retirement date and the benefits to be paid.

An annuity with a private insurance company is a legally binding contract. You agree on a premium, and the amount they will pay you for the rest of your life. The policyholder can sue the carrier if they do not honor the contract.

I agree with Stan when he warns:

Annuities with private carriers may offer automatic increases but they don’t come close to adequately address the risk.

The law requires the federal government to provide Cost of Living Adjustments (COLA) based on inflation. As I outlined the government does not come close to “legitimately” addressing inflation either. True inflation appears to be much higher than what Uncle Sam wants us to believe.

Do not minimize this risk, not only do you want to have money to pay your bills today, you want the ability to pay them for the rest of your life.

I used the Bureau of Labor Statistics Inflation Calculator for this example: 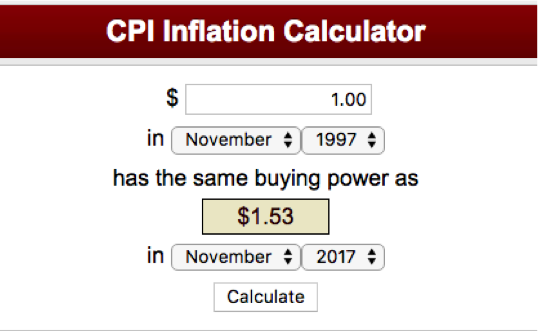 If you retired in November 1997, needing $2,000/month to pay your bills, using the (questionable) government inflation data, today you need a minimum of $3,060 – 53% more. With medical costs skyrocketing, that is a very conservative estimate.

Annuities (including social security) are a transfer of a major risk; you can count on some income for the rest of your life; however, there is no guarantee that inflation will not become a major concern.

To protect against inflation risk, also consider diversifying, holding assets (gold, farmland, etc.) that have historically increased in value at or ahead of the inflation rate.

Many annuity holders address inflation by holding more than one policy and laddering the starting date. Like social security, your monthly benefit is based on your age when you begin receiving them.

I don’t own an annuity; however, my wife and I are looking into buying one when I turn 80. My monthly benefit will be higher and it’s unlikely I will need to worry about inflation for the next 20 years. When one of us dies, the survivor may use some of the life insurance proceeds and buy an annuity for guaranteed income for life.

If you would like more information, without being hassled to buy an annuity, we have a FREE report, “A 7-Step Questionnaire – Am, I A Candidate For An Annuity?” 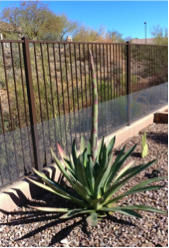 Last week I included this photo, referring to the plant as a cactus. The stalk in the middle had shot up a couple feet in a week. The stalk is now over the top of the fence.

Subscriber Tom T. dropped me a note suggesting it was not a cactus. I bumped into our landscaper, Chris Lamberti (Lamberti Landscaping) and showed him the photo. He says it looks like a century plant; but it is actually a member of the agave family.

Unfortunately, when it grows the tall center stalk, it’s soon to die. It looks like we will be planting a new cactus in the spring. We may add another saguaro to our cactus garden. 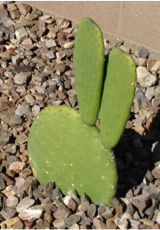 Here is another cactus that has almost doubled in size since last spring. When they take off they get huge. If you look closely, it appears to be a member of the Playboy family….

Super Bowl weekend is coming up. NBC has announced they plan to give the anthem kneelers full coverage. I was 17 when I raised my hand and took an oath to defend and protect the Constitution of The United States. Free speech is something I totally support. There is nothing that requires people to listen.

I looked at the time the game is on and have a schedule conflict. That is when I plan to remove the lint from my belly button. One has to keep priorities in perspective.

Last week I offered up some clever questions. Subscriber Jim J. (who says he is freezing in Ann Arbor), offered us some more:

I’ll add one of my all-time favorites:

Many thanks to our readers who take the time to drop me nice notes. I LOVE to hear from you.