Are We Really Screwed? 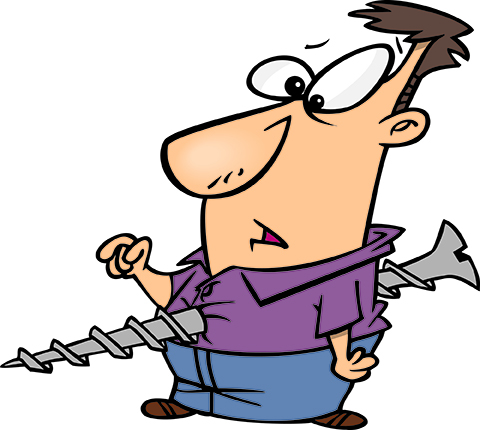 I am increasingly frustrated, wading through my weekly reading stack. It is maddening!

Despite the recent fed action, inflation is soaring, prices are out of control. The economy is slowing, the stock market is tanking. The long-predicted results of outrageous government and central bank policies are coming home to roost.

The signs were clear, anyone with common sense could see it coming, but the politicos ignored the needs of the common people.

When the Glass-Steagall act was passed in 1933, it separated commercial banking from investment banking. It created the Federal Deposit Insurance Corporation (FDIC) to protect individuals from losing money because banks made bad investment decisions. It worked; no depositor lost money under the FDIC umbrella.

In 1999, the Clinton Administration repealed the law. Banks and investment houses merged, and the banking party began. The government required banks lend money to “high risk” borrowers to encourage home ownership, resulting in a housing crisis and bank bailout in 2008.

The huge casino banks were deemed, “Too big to fail!” The government told us they took steps to reign in the high-risk banks. It didn’t happen, Congress failed to protect the citizens, continuing to bail out risky investments with taxpayer money – things got worse.

The Federal Reserve (owned by the same big banks) created cheap money out of thin air; interest rates hit historic lows. In less than 20 years the Federal Reserve Balance Sheet rose from around $700 billion to around $9 trillion.

How do these casino banks make money? They borrow cheap and make loans; many times, packaging those loans and selling them as “investments” to their clients and the general public.

Banks and investment houses would lend money to governments, companies, and individuals without worry about repayment of the debt. The government would bail out the “too big to fail” banks with taxpayer dollars.

The world was awash with cheap money, the stock market boomed, Wall Street and the banks thrived. Defaults on debt? No such thing for the most part, the risky loans were rolled over and sold to the Fed (backed by taxpayers).

The game continues, until it doesn’t. Expanding the money supply 10-fold (doubling in less than two years) has led to horrible inflation. Prices are skyrocketing. The politicos are feeling the heat.

“Basic expenses – food, shelter, and fuel – are going up so fast, households have less and less left over for “discretionary” spending, which leaves the big box retailers with a lot of unsold products in the box.

…. They are still the people who add the most real value to our lives. Not the hedge fund managers, influencers, or policymakers…but autoworkers, farmers, UPS drivers, cooks, baristas and waiters…carpenters, plumbers and masons.

And here’s the gist of our story: the masses have been cheated, deleted and mistreated. And it’s going to get worse.

In a nutshell…while the wealth of the crème de la crème was teased up by the feds…the working class – which is most of us – got nothing. The top 1% added $36 trillion in wealth since 1999 – or about $3 million per person. The bottom 50% added wealth too, but only about $13,000 each. Each person at the tiny top got 230 times more money than those at the broad bottom.

But all that froth came at a cost. The feds had no extra money, so they pushed down interest rates, borrowed…and printed money to cover the extra costs. The result was $50 trillion worth of debt added to the US economy since 1999.

Who will pay for it? We ‘the people,’ of course. That is what the ‘inflation tax’ is all about.”

In his article, “Decision of the Century” Bonner makes it sound simple:

“We are coming up to the Decision of the Century. There are only two real choices. One way or another, this scam economy is going to blow up. So, the question is whether the Fed blows it up by stopping inflation now. Or, it lets inflation rip and the whole thing blows up later.

Either way, there will be hard times ahead – with crashing stocks, bonds and real estate… and probably riots and maybe even revolution. But if the feds end the scam voluntarily, the wreck could be short and sweet, like ripping off a Band-Aid, with a crash followed by a depression, but ending in a fairly quick recovery. …. The whole thing could be over in 18 to 24 months.

If inflation is allowed to run wild…. These intentional, government-policy inflations last about 16 years on average. In the end, the economy is almost completely destroyed…and the nation’s political and social institutions are left as burnt-out hulks.”

“It would be an easy fire to put out.

Congress could begin by balancing the federal budget. Why should the feds spend more than ‘the people’ are willing to pay for? Why should they burden future generations with debt and inflation? Aren’t they just forms of ‘taxation without representation?’

The Fed could do its part too. It would…announce that it would no longer be backstopping the stock market or bailing out Wall Street. No more money-printing. No more rigging interest rates. No more loans to member banks.

…. In a matter of minutes, the whole grotesque abomination…the scam economy…would be history. No more zombie businesses. No more ‘negative’ real yields. No more inflation.”

…let us take a deep breath and come back down to earth. Can you imagine Joe Biden, Jerome Powell, and the 435 members of Congress actually doing these things?”

David Stockman’s column, “Real Personal Income down 20% from One Year Ago” asks (Emphasis mine):

“Is it conceivable that the Fed can ease up on monetary restraint-especially during an election season in which the GOP will be in full-throated anti-inflation war cries?

We think the answer to the above question is negative, and that means the impending hit to the insanely over-valued stock market will be biblical.”

Stockman’s “biblical” terminology grabbed my attention. It’s not just the stock market, it means loss of jobs. Businesses can’t sell their products to people who have no money to buy them.

History.com shares the details of the 1929 crash: (Emphasis mine)

“On October 29, 1929, Black Tuesday hit Wall Street…in a single day. Billions of dollars were lost, wiping out thousands of investors. …. America and the rest of the industrialized world spiraled downward into the Great Depression (1929-39), the deepest and longest-lasting economic downturn in the history of the Western industrialized world up to that time.

…. During the 1920s, the U.S. stock market underwent rapid expansion,…after a period of wild speculation during the roaring twenties. By then, production had already declined, and unemployment had risen, leaving stocks in great excess of their real value.

…. By 1933, nearly half of America’s banks had failed, and unemployment was approaching…30 percent of the workforce.”

Blow up now, or blow up later?

While the Fed is talking tough, there’s a dirty little secret no one is discussing. Wall Street On Parade (WSOP) let the cat out of the bag, “New York Fed Stuns with new Report: At Year End Its Trading Desk Owned 38% of All 10-30 U. S. Treasuries.”

“There is one paragraph in the…report that took our breath away. It reveals that the New York Fed’s trading operation currently owns 38 percent of all outstanding U.S. Treasury Securities with 10 to 30 years remaining until maturity.

…. The U.S. Treasury market is massive – at $22.6 trillion as of year-end 2021. That any one entity controls a big chunk of the market is deeply concerning. (The same report showed that the New York Fed…owned 25 percent of all maturities of outstanding Treasury debt.)”

Following Bonner’s logic, the quick solution is for Congress to stop deficit spending, do away with the Federal Reserve…or at least reinstate Glass-Steagall; forcing investment banks to sink or swim on their own.

The little secret? Those investment banks own the Federal Reserve, along with 25% of our government debt.

What happens if they are forced to let that debt roll off the books, resulting in the government paying free market interest rates?

The Fed and big banks have Congress over the barrel, even if they want to do the right thing?

Probably so for at least a couple of decades. With $30 trillion in debt and another $170 trillion in “unfunded liabilities” politicians have made political promises they can’t keep.

Many will fare better than others, but all will suffer from the misdeeds of the elite and political class, moving on as best we can.

During the Great Depression, banking controls were instituted to keep the banks and much of government spending under control for a couple of generations. Let’s hope we do the same for our offspring that our grandparents did for us.

Congratulation to the Colorado Avalanche on winning the Stanley Cup. The odds makers knew what they were doing when they were favored over two-time champion Tampa Bay Lightning.

With the global chip shortage, about a year ago Taiwan Semiconductor announced it would build a $12 billion chip manufacturing plant here in AZ. Turns out it is within a few miles of where we live.

Thanks to friend Bob O. who sent along some photos. Right now, it is a huge construction site creating a lot more dust than normal. It won’t be long before there will be a few thousand people working there and it will be an asset to our community. 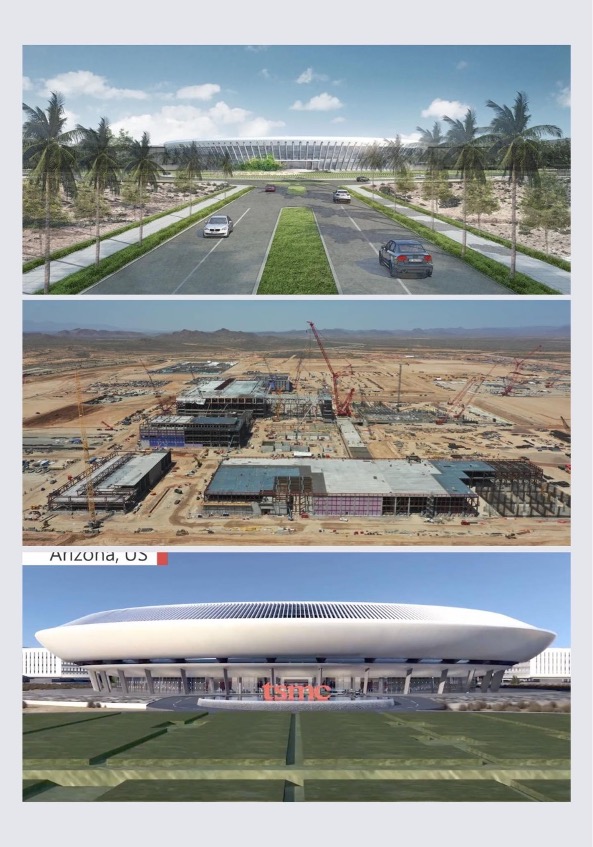 Our Arizona real estate prices have skyrocketed, and we are hoping the influx of new workers helps keep them strong.

The new plant is right off I-17 and I’m sure it will create some traffic issues from time to time. I guess that is called progress. For the good of the country, I am happy to see the chips manufactured in the USA.

Thanks to all who were concerned about my health last week. I was just flat worn out and took a week off. We are hoping to get to IN soon, working around doctor schedules is a challenge.

Friend Fred M. sends along a graphic for this week’s humor… 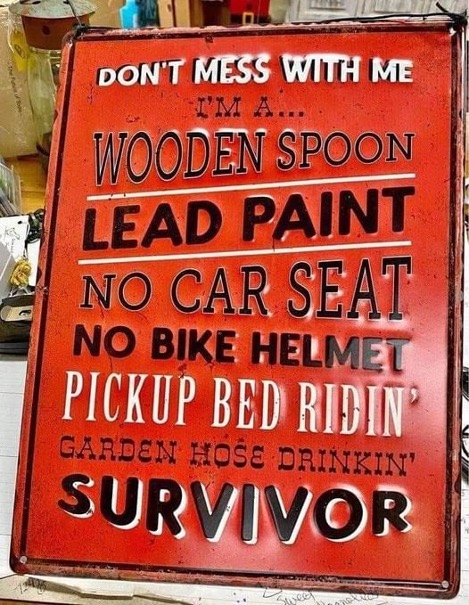