Are You A Believer? 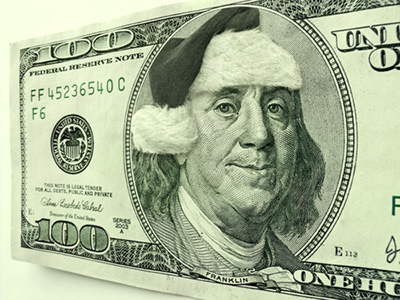 In grade school, the older boys told us only babies believe in Santa Claus. I told them my mother said, “As long as you believe, there is a Santa Claus.” They made fun of me.

I sought the counsel of our neighbor, Sherwin. He was an A student, already in high school and HE KNEW EVERYTHING!

He said Santa Claus is a wonderful family tradition, but our parents buy the toys that arrive on Christmas morning. Sherwin didn’t stop there….

He emphasized the trick is to convince your parents you believe, or the free stuff will stop showing up. The lesson was clear; IT PAYS TO MAKE OTHERS THINK YOU ARE A TRUE BELIEVER!

What about the Santa Claus at the department store? He said the stores want you to believe; they make a lot of money selling toys. Lesson #2; IT PAYS WELL TO ENCOURAGE OTHERS TO BELIEVE WHILE YOU DECEIVE!

Adam Smith tells us, “All money is a matter of belief.” Our recent article pointed out how former Fed Chairman Paul Volcker raised interest rates to 20% to stop rampant inflation.

The world dumped dollars when President Nixon took the US off the gold standard. Was the US trying to deceive the world when it said our currency was redeemable for gold? How much gold remains in Fort Knox?

“The classical or orthodox gold standard alone is a truly effective check on the power of the government to inflate the currency. Without such a check all other constitutional safeguards can be rendered vain.”

“…. The question is: would there be any advantage, at this particular stage, in going back to the gold standard? And the answer is: I don’t think so because we’re acting as though we were there. So, I think central banking, I believe, has learned the dangers of fiat money, and I think, as a consequence of that, we’ve behaved as though there are, indeed, real reserves underneath the system.”

Was Alan Greenspan trying to deceive? What would he say now? The current inflation numbers are what Paul Volcker faced, yet they are deceptively reported.

The Fed says inflation is “transitory”, meaning temporary. They want us to believe they are in control and will prevent anything bad from happening.

Chuck Butler recently asked, “Who Will Be Our Next Paul Volcker?”:

“If I hear one more Fed Head call the inflation we’re seeing ‘Transitory’, I’m going to yell at the walls, and I won’t be holding back, on the language! The Fed is going to be too late to pull the punch bowl from the party, and the next thing we know, our economy will be engulfed with inflation…. But the Fed Heads will not be taking any blame, they’ll point to Congress and their spend thrifts, and say they caused it….

I just have one thing to add…. Got Gold?”

DENNIS: Chuck, thanks again for your time.

As you outlined, the Fed wants us to believe things are under control; another Paul Volcker is waiting in the wings. Not to worry, things are “transitory”…. We might have to start tapering in 2023.

Dr. Lacy Hunt believes when foreign goods re-enter the market, inflation should cool. James Rickards believes inflation is as much a psychological or behavioral issue as it is financial. Adam Smith feels, “All money is a matter of belief.”

Chuck is it possible that we can talk ourselves into Carter type inflation before the competitive market forces Dr. Hunt predicts can come into play?

CHUCK: Dennis, thanks again for allowing me to opine.

I would say that it’s quite possible to talk ourselves into high inflation. I agree, “All money is a matter of belief.”

Despite what the government prints, we know what we see. When Mabel goes to the grocery store and sees the price of ground beef has doubled, she tells the neighborhood watch people, who all panic and go out and buy ground beef before it gets more expensive, which fuels the inflation because demand exceeds supply. Lumber, building materials, food and medical costs are going up and that can’t be hidden from the public.

My dad, who graduated high school at 15 was the smartest man in the room, but, with no college, he was a truck driver. He was a great teacher. He said, “Chuck there is no such thing as a shortage of something, it’s merely the need of a price adjustment.”

DENNIS: A lot of people are making billions while politicos buy votes with their fake money.

What incentive does the Fed/government have for a new Paul Volcker to radically raise interest rates to stop runaway inflation?

CHUCK: Dennis… Fact is the government has no incentive at all to find a new Paul Volcker. The debts in this country continue to defy gravity, and the government knows in their heart of hearts that it will never be paid off, unless…. Unless they have inflated the dollar to have $5 bills turn into $50 bills. They hope – someday – to get a hold on the deficit spending with inflated dollars. For that reason alone, they have no desire to slow the inflation that’s running rampant in the economy now.

DENNIS: When we first discussed this interview, I was driving across the country. You felt the real government incentive is to NOT find another Volcker. You shared some numbers to make your point. Can you elaborate?

CHUCK: Congress has a problem, and their free-spending magic money tree is making things worse. The total US Debt is over $28 trillion. If a Fed head raised rates to 20%, the annual interest cost would be around $6 trillion, which is the amount of the proposed Biden budget. As I said in The Daily Pfennig:

“That would mean that all the tax receipts the Gov’t receives would go toward paying the interest on the debt! There would be nothing left for Medicare, Soc. Security, WIC and other Gov’t programs….”

Not only was Carter a one term president, but there was also a lot of congressional turnover. The political class prefers to deceive and hope we believe, while they ignore the problem.

DENNIS: You said the Fed will point the finger at Congress. Political finger-pointing will prevail, but, like always, the American people will suffer.

I’ve interviewed people who lived through hyperinflation; people must do what they can to protect themselves and their families.

Chuck, you concluded with, “got gold?”

CHUCK: In the early 2000’s I got on board with the need to diversify one’s investment portfolio with asset classes that didn’t relate to each other. Gold & Silver fit that description to a T.

Money is indeed a matter of belief. People would lose faith in one currency and dump it for another they believed in. They did so as a hedge against inflation. I saw people make/lose thousands in buying power with their Pesos, Cruzados, etc. Through it all, the smart money always went to gold and precious metals.

One day it hit me, and I said in the Pfennig: Got Gold? And it has remained the one question I ask people all the time….

And now with inflation soaring once again for the first time since the ’70s, I would hope that everyone I’ve talked with or written to over the years, have Gold. When the markets wake up and see what the inflation is doing to the dollar’s buying power, they’ll be glad they have an asset in their investment portfolio that’s different from other asset classes, has different pricing mechanisms, and carries some intrinsic value….

Chuck, it’s tough to believe the Fed and government have things under control; they are trying harder to deceive. We never know if we are right until after the catastrophe takes place. Maybe Lacy Hunt is right, and the free market will stop inflation.

In the meantime, if there are enough Mabel’s broadcasting on Facebook and at the card club, we could easily talk ourselves into serious inflation problems due to increasing demand.

How do you address that?

CHUCK: We will not know for a few years. The consequences of high inflation are devastating, all generations have much to lose.

While market competition may tame inflation, we need to hold some insurance until we see how things shake out. If things calm down, I expect more spending from the magic money tree; the deception will continue until the naked emperor is revealed and all belief is removed. Better safe than sorry. Got gold?

DENNIS: Thanks again for your time.

Dennis here. Not much for me to add here.

What do I believe? I believe what I see, prices are going sky high. I believe we need to insure against high inflation. I believe in gold. And I believe individual self-reliance is what will see us through.

I agree with Chuck, whether it is the grocery store, gas pump, eating out, or whatever, the public sees what is going on and is doggone concerned. The Fed says they “might” do something in a couple of years. While we all need income, we are concerned about the Fed raising rates and the overpriced stock market.

I wanted to share a couple more photos of beautiful New Mexico. I am constantly amazed at the natural beauty of this country.

Once we hit Oklahoma, we have a constant stream of extra-long trains sharing the scenery. What a beautiful big sky!

Quote of the Week….

“Those entrapped by the herd instinct are drowned in the deluges of history. But there are always the few who observe, reason, and take precautions, and thus escape the flood. For these few, gold has been the asset of last resort.”
— Antony C. Sutton

Friend Tom G. sent along some church signs for our enjoyment…. 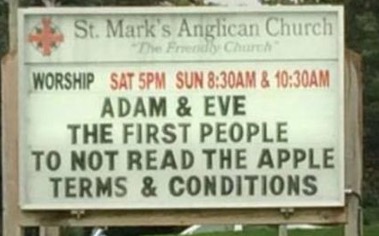 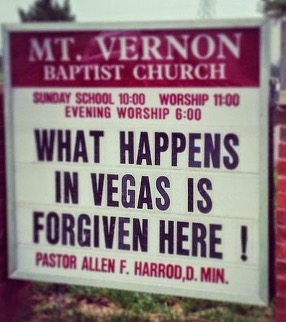 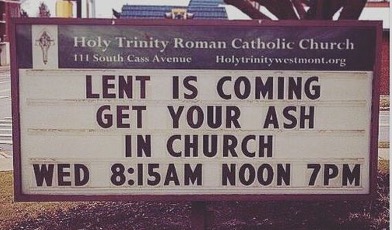 Of course, this is my favorite… 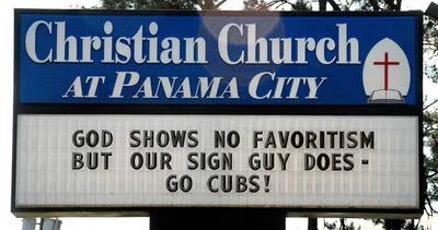