Best of Dennis – Can Americans Really Depend on Social Security?

Dennis is recovering from his chemo/radiation treatment and hopes to be back writing soon. This article appeared on January 12, 2017.

Can Americans Really Depend on Social Security? 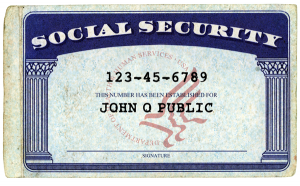 In 1935 the government passed Social Security into law setting up a government managed retirement plan for the majority of US workers. To fund the plan, they passed the Federal Insurance Contribution Act (FICA). The law mandates that employers withhold a portion of the worker’s salary (contribution) and requires the employer to match the contribution.

It was sold to the public as a form of annuity, with each worker’s contributions and benefits based on their income. While Social Security has features similar to an annuity (paying lifetime benefits), in many ways it is different.

In 1960 the Supreme Court (Flemming v. Nestor) ruled, “that no one has an accrued property right to benefits from Social Security.” Contributions are now taxes with an indirect correlation to benefits.

With Social Security, the government is the insurer holding all the power.

The government has made many modifications since 1935.

There is a “Social Security Trust Fund” which many feel has been raided. While there may be a fund, allegedly $2.6 trillion, it consists of Treasury IOU’s. It was great for the government when the amount of social security taxes collected exceeded benefits being paid. Today baby boomers are retiring at a rate of 10,000 per day and benefits paid exceed current taxes. The government must borrow to make up the difference – in addition to the normal government borrowing to support their deficit spending.

US government debt roughly doubled from $10 to $20 trillion from 2009-2016. Debt will continue to escalate unless there are radical changes in taxes and spending. Raising taxes and cutting spending is politically unpopular, creating class warfare, while politicians pander to their political base.

Young people today must understand what Social Security is, and is not. A portion of their salary will be taxed, with a government promise to pay them benefits for their lifetime once they retire. How much those benefits will be, when they can retire, and the correlation of benefits to their personal wealth is undetermined.

Workers will probably get something; however, it’s likely the promises will be modified many times. The government will jerk them around like a Wild Mouse roller coaster before the end of their ride. Benefits are nothing more than political promises.

The negotiation games are beginning

Yahoo Finance published the First Draft of the GOP’s Plan to Overhaul Social Security. Rep. Sam Johnson (R-TX), Chair of the House Ways and Means Subcommittee on Social Security, drafted the plan and has now introduced it as a bill.

A second group chimed in:

“…Rep. Tom Cole of Oklahoma, an influential House Republican, and Rep. John Delaney of Maryland, a moderate Democrat, renewed their support for a plan to create a bipartisan, 13-member panel to recommend to Congress ways to prevent the massive trust fund from running out of money …”

Remember a camel is a horse designed by a committee. A bipartisan committee of politicians produces a camel the size of a giant blow-up balloon in a Macy’s parade! It is jam-packed with compromises to satisfy everyone to the point it is unlikely to come close to the original objective.

Here are highlights in the current bill in the House of Representatives:

The article summarizes, “Johnson’s proposal … is little more than an opening bid in a much larger conversation about entitlement reform in the coming year.”

The government is broke and eventually changes will be made. Everyone will bear some burden of “entitlement reform.” Young workers will see higher taxes. Increasing benefits for low-income workers, benefits based on means testing and eliminating COLA adjustments for wealthier individuals are turning Social Security into a wealth redistribution program.

Inflation – the elephant in the room!

The impact of COLA changes will have major negative effects on baby boomers and retirees.

Prior to the high inflation Carter presidency, retirees had a fixed monthly check. Congress occasionally voted to increase benefits. The elderly cheered – the benevolent Uncle Sam gave them a raise. Historically the increases did not come close to keeping up with inflation.

Future inflation risk cannot be accurately calculated. During the five-year period, 1977-1981, accumulated inflation amounted to 59.9%. If a person retired on 1/1/77 and received $1,000 per month, five years later they would need $1,599 per month to have the same buying power.

Will we experience high inflation in the future? The way the government is creating trillions out of thin air, there is a high probability. No worker, young or old wants to bet his or her future financial survival on low inflation for the next several decades. Inflation is the government’s friend and stated goal. They want inflation to sneak up on seniors, unlike the double-digit increases like the Carter years.

The deck is stacked. Younger workers will find their taxes increasing and their retirement date pushed back, while seniors and savers will see reduction in the buying power of their benefits.

What’s missing from the plan?

If the Hon. Representative Sam Johnson (R-TX) wants his bill passed he needs more public appeal. How about a provision calling for immediate elimination of all pensions for current and former federal elected officials? Congress should be on Social Security, just like the rest of us. The public is fed up with the elites. Put all elected officials under Social Security and Medicare like most Americans and then address changes.

While it is fun to dream, putting Congress on the same plan with everyone else is for our emotional benefit. The system is broken and expecting politicians to fix it is foolhardy.

What should all workers do now?

1. Recognize Social Security for what it is and work around it. Social Security was designed to provide supplemental income for retirees based on their income. It’s now another typical government “entitlement program” redistributing the wealth of the nation. The working class may end up with something; however, the benefits will have little correlation to your contributions.

2. Maximize your savings, particularly your 401(k). Workers cannot depend on Social Security to protect their lifestyle. The proposed changes are designed to punish savers; the wealthier you become the more your benefits will be reduced.

Workers will have to go head-on into the incoming tide and move forward. Maximize your savings in 401(k) type accounts – particularly if you have some sort of employer matching. You have the benefit of reducing your current taxable income and accumulating wealth on a tax-deferred basis.

3. Invest your 401(k) wisely. Having your investment income tax deferred is a good benefit but only if you grow your wealth. Don’t just make contributions and ignore where it is invested. If you need professional help to guide you, it is money well spent.

4. Increase your inflation hedge. The most buying power a retiree will have will be their first monthly check. By design, the buying power of each additional monthly check will decrease. For the “wealthy” the process will be faster.

In addition to maxing out your 401(k), continue to regularly buy gold. Only Gold provides historical gold prices. On 1/1/77 the gold price was priced at $133.77/oz. On 12/31/81 the price rose to $400/oz. During the Carter years gold almost tripled in value, appreciating well ahead of the inflation rate.

Buy and accumulate well past your normal retirement age. Your social security check will not keep up with inflation. Eventually, retirees will have to sell small amounts to make up the difference to pay the bills.

5. Think before deciding to defer benefits. The government offers higher benefits to those who defer taking them when they are eligible. Making the wrong decision could cost thousands of dollars.

The decision about when to draw benefits is different for each individual. Not only do you need to “run the numbers”, realize you are making a bet with the government on how long you will live. How much do you trust the government not to change things?

6. Can Americans really depend on Social Security? It depends on your definition of depend!

Retirees need “income certainty” – having enough money to pay the bills regardless of what happens in the markets, inflation increases or any other unexpected economic changes – without having to worry. Should means testing and reduced COLA adjustments become part of the revision, income certainty will be replaced with worry. Retirees can depend on the government to send them something every month, but they cannot depend on it to continue to pay all the bills it may have covered in the past.

I have been overwhelmed with the thoughts, prayers, and kind wishes of readers offering their support. Thank you so much, they mean a lot. I am truly blessed. You are the reason why I want to keep on going.

Speaking of blessed, thanks to those who have continued to go through our Amazon link for their purchases. That helps us offset some of our cost.

Hope to be back soon.