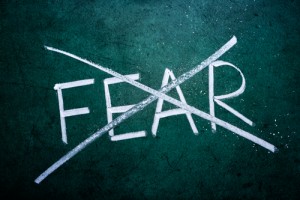 We just took off, probably less than 500 feet in the air, and I started screaming, “FIRE!, FIRE!, FIRE!”

I was still a teen-ager, flying in the Marine Corps version of a flying boxcar. There were only two small, round windows in the back of the plane. Flames were pouring out of the starboard engine well past the rear window. I was terrified!

The pilot immediately dropped the landing gear, made a 90-degree turn and landed. I was the last passenger off the plane. I turned to the pilot and said, “Colonel, if you crash this plane and kill me I’m gonna be pissed!” That’s not something a lowly PFC would normally say to a colonel. He paused, grinned, and said, “Thank you private”. We hustled down the steps as the armada of fire trucks pulled up.

I had a couple of revelations:

1. Watching avgas burn would be a pyromaniac’s ultimate fantasy. It was huge, loud and hot.

2. My perspective on flying instantly changed. I was now a member of the “White Knuckle Club”, reliving those fears every time I boarded a plane.

A decade later I took a job that required me to travel 40+ weeks per year, flying all over the world. I told myself that after a year or so my fears would probably go away. I was wrong. Every time we experienced turbulence or anything out of the ordinary I was hanging on for dear life. It was no fun.

As luck would have it, I met a retired air force pilot named Scott with over 10,000 hours of flight time. We discussed my fears. He said I did not have a fear of flying; but rather a fear of dying. Scott showed some statistics outlining that the most dangerous part of the journey was the drive to and from the airport. There is a very high probability I will not die in a plane crash.

He said I should conquer my fear proactively; educate myself about flying so I understood what’s going on. He challenged me to take flying lessons.

I took him up on it, became an instrument rated pilot and actually owned my own plane for a few years. Today I have great admiration and respect for the skill level of those in the cockpit.

Soon I found myself sitting calmly aboard an aircraft that was experiencing turbulence explaining to other passengers it was normal, and trying to calm their fears. I’m sure many a grey haired lady told her family about the “nice young man” who was so concerned about her on the plane.

In 2010, Allianz Life did a survey and concludes:

“Americans fear outliving their money more than they fear death.

Increasing life expectancies mean that Americans are spending more years in retirement. And consumers are aware of this risk.

The fears are understandable. Baby boomers and retirees were brought up to believe that retirement meant, “Live off the interest, but never touch the principle”. Prior to the 2008 bank bailouts, it was much easier to accomplish when you could buy top quality bonds, certificates of deposit, and government securities paying 6% or more.

No matter how much money you have, and how many projections you run that show you are good to age 120 – when a retiree starts dipping into the principle it is terrifying. It is a real and genuine fear. It is counter to everything we were taught.

Scott said my real fear was dying. In this case, the fear is not dying soon enough. No one wants to end up humiliated, penniless and hopeless. Unless you are in God-awful pain looking for Dr. Kevorkian, forget about a death wish. While we cannot do anything about dying, (it’s gonna happen) there is much we can do to proactively deal with our fears and enjoy our golden years.

How are we doing so far?

Wells Fargo did a survey and the results were not good:

Sixty-eight percent of all respondents affirm that saving for retirement is “harder than I anticipated.” DUH! No kidding! It means sacrifice, perhaps changing your lifestyle and doing things a lot differently.

The study goes on to say, “….72% of all middle-class Americans say they should have started saving earlier for retirement, up from 65% in 2013.”

Despite the warning, 55% of the people surveyed said they plan to “save later”. That is a disaster plan for most people, even the young. Starting now gives you the advantage of compounding. Cut up the credit cards and learn to live below your means so you don’t have to work until you drop.

Spend less, save more – that’s it! – it’s as simple as that! Don’t become part of the 72% that continually made excuses and put things off. Get started now, you will be glad you did.

Many boomers are getting the message.

This age group consists primarily of retirees who have found it necessary to supplement their retirement income and of those near retirement who are working in order to compensate for the lack of interest on their savings due to the Federal Reserve’s zero interest rate policy. These are part-time, lowly paid jobs without benefits.

Last month, 142,000 people realized they need to supplement their income and are proactively dealing with the situation. They get it and are doing something about their situation.

Annuities – When Allianz published their survey in 2010, I am sure it helped them sell a lot of annuities. So far inflation has been low and those who bought them are probably doing well. Annuities can help but they are not the total solution.

Get a financial checkup. Find a qualified, licensed professional to help you. They will be able to show you what you need, how to invest safely and how to build an effective plan. Find a professional that is held to a fiduciary standard, not your local stockbroker pushing their mutual funds. Spend the money and do it right.

Downsizing. Do you really need a McMansion to retire in? Live in a home that meets your current needs, not one for raising a family.

Reverse Mortgage. If you are in your last home and can stay there for the duration, you may want to consult a HUD professional and look into a reverse mortgage. It can provide income and allow you to stay in your home for the rest of your life.

Get your adult children off your payroll. When you run out of money, will they support you? The longer you wait, the harder it becomes. They must learn to support themselves. What happens when you die and can no longer look after them? You are doing your children a disservice by continuing to bail them out economically.

Turn your hobby into an encore career. Many of those 55+ who are freelancing in the work force are loving what they are doing and feeling their new career gives them a sense of purpose. They don’t want or need to work full time. Sometimes a little extra money is all you need.

Don’t let your fears overwhelm you. The fear of running out of money before you die causes sleepless nights. Proactively deal with that fear head on; get control of you income, spending and your life. Learn to be happy with what you have. Then fasten your seat belt, sit back, relax and enjoy the rest of the ride.

Last weekend NFL fans saw some exciting games. Three of the four games went down to the last minute before you knew the winner. The overtime game between Phoenix and Green Bay was one of the most riveting, exciting games I have ever seen. The “thrill of victory and agony of defeat” was in full bloom.

On a different note, my daughter Holly encouraged me to buy Jo one of those robotic vacuum cleaners for Christmas. We bought an iRobot

and I was skeptical at first. It is amazing.

In Arizona it is dry and dusty and there always seems to be dust under the bed. I fired it up and it went all through the house and the dust was gone. When we emptied it out we realized just what a good job it does. If you want to make a chore a lot easier, I recommend you look into a robot. You can buy it HERE

from Amazon and their prices are very competitive.

Last week I shared a cute joke about aging. Good friend Jeff W. sent one along for us:

An elderly gentleman had serious hearing problems for a number of years. He went to the doctor and was fitted with a set of hearing aids that allowed the gentleman to hear 100%.

He went in for his follow up appointment and the doctor said, “Your hearing is perfect.. Your family must be really pleased that you can hear again.”

The gentleman replied, “Oh, I haven’t told my family yet.  I just sit around and listen to the conversations. I’ve changed my will three times!”

I want to close with something special. Hard to believe singer Johnny Mathis is 80 years old. I found a terrific interview that I want to pass along. He touched a lot of hearts over his 60-year career.