Despite Some Warts, Life Is Beautiful! 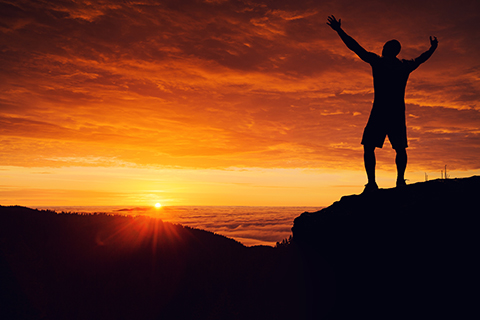 I dislike feeling rushed to meet a deadline. When I started Miller On The Money, I promised myself I would write a couple weeks in advance to avoid the deadline pressure, I wanted this to be a fun adventure.

I’m writing this just before the election. I can’t wait for it to be over with, I’m fed up with the negative campaigning. I’m sure the days that follow will have their share of drama and hysteria.

When anything bad happens, politicos, with help from the media, all take their shots placing blame and viciously attacking their political opponents.

I go through a deep reading stack each week looking for ideas that might interest readers. This week, the more I read, the angrier I got.

Here are some headlines:

Enough with the negative crap!

This article is scheduled for release the week before Thanksgiving.

You can get your minute-by-minute dose of negative crap on TV and the internet;

I will not be participating this week.

My wife Jo and I are in Indiana, scheduled to head back to AZ for routine medical treatment right after Thanksgiving.

The Saturday before Halloween we were invited to a Halloween party by some of daughter Holly’s friends. Yes, we were the oldest couple there. I can’t remember the last time we attended such a fun event.

Jo bought a silly Halloween top; I went to Boot Barn, bought a western shirt, pulled on my cowboy boots and hat and off we went.

There were 40+ people, kids everywhere, and they were having fun. We sat in the back and enjoyed the view.

I found myself thinking about where I was a year ago. I’d just returned from several days in the hospital, having a terrible kidney infection, and wore a catheter for over three months. It took two surgeries to right the ship. I was terrified. If I survived, I might be wearing a permanent catheter for the rest of my life.

The second surgery was successful, the catheter was removed in mid-December. We headed off to Indiana to see our new place for the first time.

Just before we left my oncologist informed me that cancer had reappeared in my lung. We put off the radiation treatment until after we could enjoy Christmas with the grandchildren.

This was the third time I would be treated for cancer since 2019; it was very sobering. The 35 doses of radiation, over an 8-week period, seem to have done the trick. My doctor said not to worry, if other spots appear we can do it all again.

Next up was another 8-day trip back to the hospital with kidney issues. These are constant reminders about aging and why one should appreciate each day while they can.

Finally, with all seeming to be under control, in mid-September Jo and I drove across the country to Indiana to enjoy our grandson’s birthdays and Thanksgiving. When I got here, I was very tired, almost immobile, but I was smiling, vowing to have a good time.

In September, I drove a 6-hour round trip to see Chuck Butler and Frank Trotter, something which was an annual event until the cancer issues began.

At the Halloween party, I looked around the room, laughing at the silly costumes, thinking about all that transpired in the last year. I wasn’t so sure I would be alive, much less feeling healthy enough to go to a party and have fun.

I overheard a conversation about the small dog Jo was holding having kidney problems. One young man in his mid-40s said, “I can relate”, to which I chimed in, “So can I!” I’ve known him for almost 20 years, he was one of my son-in-law’s football teammates in high school. We started discussing our problems.

A few years earlier we thought we were going to lose him. Luckily, they found a donor and he had a kidney transplant. There were some trying times, but he made it through.

We talked about being lucky to be alive. His son will graduate with my grandson next spring. The day before he played his last football game. He considered himself very lucky to be able to see his children growing up, a milestone for sure. We discussed how there were times we weren’t sure just how long we could hang on.

Doggone right we should enjoy and appreciate every day.

The following day we participated in a Halloween golf cart parade in our little community. Jo did most of the decorating, the cart looked cool, complete with a skeleton playing a guitar and singing.

As the parade started rolling, grinning from ear to ear, I told Jo, “This is silly!” She too was smiling big time and said, “Yeah, but it is fun!” Heck yes it was fun.

As we rode home from the parade, we began discussing how we want to decorate the cart next year.

BOOM! It hit me head on; that was the first time since 2019 we’ve had those conversations. The idea of planning a year ahead was something we used to do but had given up since my cancer issues began.

We got home and I installed rope lights in the gabled roof over our patio. I was on the ladder at the top of the apex, reaching up to attach the light – I stopped and looked down. I realized that when we arrived back in September, I couldn’t have done that. I was moving a bit slower, but up and down the ladder without giving it a thought.

Another reminder how lucky I am…and I better enjoy the reprieve from what might have been.

My other three children, some grandchildren and great-grandchildren will join us Thanksgiving week. It’s been quite some time since we’ve had what used to be regular family feasts. I’m excited. Family events are some of my fondest childhood memories and will be for the next generations as well.

The seed was planted for this article when I had lunch with Chuck and Frank. Just three old, retired guys counting our blessings.

I asked Chuck if he wanted to share some Thanksgiving thoughts:

“Thanks Dennis… Our regular Thanksgiving Dinner includes all my wife’s family, and that’s a lot of people. I like them, but… In 2020, the pandemic year, everyone stayed home, except my kids and grandchildren, and I liked that.

Thanksgiving dinner, just me, Kathy, our kids and grandkids at the table. I told them all to tell us what they are thankful for, and when it came to me, I said, “I’m thankful the Good Lord has allowed me to live, so I can be here with you all today”…. Tears filled my eyes, and I was full of Thanks…

When I was sent to the hospital last year, with Covid and Pneumonia I told a friend of mine that I was not going to die, because, I still have to be around to watch my darling granddaughter, Delaney, walk down the aisle, to watch my 2 grandsons grow to be strong men, and little Evie to become my best buddy…

I’ll always give thanks to the Good Lord for allowing me to carry on, 15 years now, after my initial diagnosis of Stage 4 metastatic renal cell carcinoma… I also thank all my dear family, friends, and readers for their many prayers…

I don’t want to continue, for I’ll start getting sappy, Dennis… So, to end this, I’m a very Thankful person…”

Thanks, Chuck. Regular Pfennig readers love his stories about his grandchildren as they are growing up. I know we are not alone in hoping to be happy and healthy as we watch our next generations grow and mature.

I am thankful for what we have today and hope for more to come, not only for Chuck and me, but also for all our readers.

Enough with the reading stack. The negative crap can wait. After Thanksgiving, there will be plenty of negative hysteria to write about.

We head back to AZ for another scan, (a cancer report card) my regular infusion and then back to IN for Christmas.

Meanwhile, next week is Thanksgiving, a very special one indeed. I will take the week off. It’s time for all of us to reflect, look at the positive side and be give thanks for all our blessings. Despite some warts, life is beautiful!

Well, another small wart has come up. Last night, at a restaurant, I reached down and grabbed the chair to pull it closer to the table. The bottom came up, pinched my finger, and I jumped out of the chair. I tore off half the nail on my index finger, bleeding a good bit.

Off to a clinic to get put back together. I got bandaged up and the doctor says it could be a few weeks before I can use my finger normally.

I quickly discovered I can’t type. I’ve resorted to using one finger. If I do it just right, I can hit three keys at once with my bandaged finger. Maddening and frustrating….

Next week is Thanksgiving so there will be no column. I may have to take another week off until things heal. It takes several hours to produce and edit a column; can’t imagine how long it would take with one finger.

As I was standing in the restaurant trying not to bleed on their floor, the people at the adjoining table were very kind. I told them, as compared to what last year brought, this is not a big deal. Keep things in perspective. Another small wart in our life that will be dealt with. This too shall pass…. Damn!

“If I were asked to give what I consider the single most useful bit of advice for all humanity, it would be this: Expect trouble as an inevitable part of life and, when it comes, hold your head high, look it squarely in the eye and say, ‘I will be bigger than you. You cannot defeat me’.”

We will let The Pioneer Woman supply some Thanksgiving humor:

And my favorite, hits close to home: