Don’t Get Caught In The Fed Trap Again 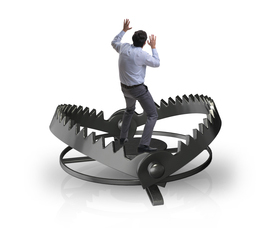 The Government surprised the world in 2008 when the Fed bailed out the banks at the expense of seniors and savers.

The Fed dropped interest rates to historic lows while buying U.S. treasuries and bad loans through their Quantitative Easing (QE) program. Seniors and savers lost over $4 trillion in interest income they would have normally received.

The stock market tanked. Investors, desperately searching for yield, redeployed their money into the market and higher risk bonds. Retirees had to take on more risk in order to survive.

Since the 2016 election the Fed raised rates 8 times. In January 2019 they held rates, but continue to sell off mortgages and treasuries. It appears the Fed is starting a U-Turn and we could soon see more QE.

“The Fed’s FOMC meeting ended with no rate hike and a short speech by Fed Chairman Jerome Powell. …the rate hikes might be on pause for a while and he sees the first rate cut in 2020….”

Do we really want more QE?

Chuck predicted the U-turn for quite some time. It’s time to talk with the master Fed guru….

DENNIS: Chuck, once again, on behalf of our readers’ thanks for taking your time for our education.

QE was different. It was more than a normal rate adjustment. It included buying bad debts from banks and private companies. I’d like to unbundle that for a minute.

Capitalism depends on rewarding those who do well and punishing those for making bad decisions.

I’ve received hundreds of emails complaining about the Fed, while no one praised the Fed saying they were better off today. I agree with Bill Bonner when he says, “…. The fix was in. And whether the man on the street knows how it worked or not, he’s beginning to resent it.”

Who really benefitted from QE?

By bailing out the banks and companies like GE, didn’t the Fed reward incompetence at the expense of hard-working taxpayers? It’s no wonder socialists scream capitalism doesn’t work.

CHUCK: Thank you, Dennis, for another invitation to speak to your readers. I want to say this up front so it doesn’t get mixed up with what else I have to say….

Woodrow Wilson shoved the Fed down American’s throats in 1913. I know we both agree the country would be better off, more prosperous, and less in trouble if we had never had a Federal Reserve.

OK…I got that off my chest…. While I’ve done a lot of studying of Austrian Economics, I’m nowhere near an expert, however, I do know my way around the ballpark!

To answer your first question, as you pointed out last week, Wall Street and the investor class reaped the greatest benefit of QE.

Things have changed since the banks were allowed to become brokerage/investment houses.

As to your second question, I would say that is correct!

In a normal economy, free of government and central bank intervention, you experience booms and busts. When excess builds, it corrects with a recession, cleaning out the excesses, allowing bad companies to fail, strong companies to thrive and the economy rebuilds once again.

Since Alan Greenspan was Fed Chairman, we’ve not experienced anything like a normal boom-bust economy.

We’ve seen bailouts, the “Greenspan put”. Quantitative Easing, zero interest rate policies, and so on…. Taxpayers bailed out bad companies, the economy wasn’t allowed to clean out the excesses.

Things today are worse than they were 10 years ago, with regards to debt, derivatives, leveraged loans, etc.

This might sound heartless, but…last year marked the 10th anniversary of the Financial Meltdown. Had we done what we “used to do”, yes it would have been painful, but it would be past us now had the Fed/government not intervened.

DENNIS: The majority of the public opposed the bailouts. Our mutual friend, economist John Mauldin told me some prominent congressmen confided they would support more bank bailouts – just don’t call it QE. They were OK bailing out the banks as long as they had some political cover.

The government has a great incentive to keep rates down. Every 1% increase adds $200 billion to the deficit.

Chuck, that concerns me. Is there anything we can do politically? Should we be focusing on trying to survive another round?

Sure, we can gather up large groups of people like the Tea Party and make some noise. In the end, did they succeed at what they wanted done? No.

Should a Central Bank be raising rates so late in an expansionary cycle? No. The Fed is only hiking rates right now, to have some cushion to cut them in the next recession, which by the way is right around the corner.

So, yes, we need to be focusing on surviving another financial debacle.

DENNIS: The low interest rates blew up most pension plans. Many states are virtually bankrupt due to underfunded pensions. Mike Maloney’s video reports a record number of companies that can’t even pay the interest on their debts.

If the Fed follows suit like last time, could QE4 & QE5 (called something else) do even more harm? I don’t think the public wants to see private companies bailed out.

CHUCK: Well, that depends…. If you’ve worked for or owned stock in GE for example, you are a stakeholder – you would appreciate a bailout…. But your next-door neighbor sure isn’t going to like it!

We will likely see the Fed continue in the same path. I agree with Mike Maloney. And, to answer your question, yes, it will do more harm. Once again, companies and individuals will load up with inexpensive debt. The problem with debt is that it has to be repaid, or defaulted on…

The Congressional Budget Office (CBO) just announced that we’ll be adding $1 Trillion per year, on top of the current $22 trillion – and that’s if everything goes right. Next meltdown, we could very well be seeing $2 Trillion annually added to our national debt!

Russia, China, and even Japan on a smaller size, are dumping U.S. Treasuries, not buying. Who’s going to buy all that debt issuance in the future? The Fed will just print dollars to buy the bonds while loading up Ben Bernanke’s helicopter. With all that money supply, what do you believe will happen to the dollar? I think you all know…(high inflation).

DENNIS: One last question. Pundits use the term “extend and pretend” – kick the problems down the road, prolonging the inevitable correction that must take place when excess debt comes to a boil.

If more QE is coming, Wall Street may be cheering today and crying tomorrow when the inevitable crash comes.

We got blindsided last time. What should investors do to protect themselves this time around?

CHUCK: Dennis…I hate to be sounding like a doom and gloom guy…I just call them the way I see them…. When you play poker, you look at your cards, and decide to either fold or play what was given to you.

The one silver lining is we shouldn’t be blindsided this time. You and I have been warning readers. In The Daily Pfennig, I called the housing bubble 4 full years before the markets began to notice a problem in housing. Readers might get tired of the warning but many are taking heed.

We have time to make certain our stop losses are up to date. I did some research a year ago and found a study of stock performance during a recession…. And it was ugly…. Not just ugly tree ugly, I’m talking the whole darn forest ugly! So, you can see that getting these stop losses in place is a good idea…. There is never a bad time to sell stock and take a profit.

Look at your allocation in Gold & Silver. Both have been stuck in the mud for some time, and look ready to breakout to the upside.

A market crash presents opportunities to find some real bargains – just be patient!

I really want to end on a positive note, so…. Spend time with your loved ones… Hug them, tell them you love them…. I’m serious here…. When things get ugly and they will, it’s comforting knowing you are loved and you love someone.

Thanks again for the opportunity to share my thoughts.

Dennis here. Wow! Not much I can add to that! If we have more extend and pretend, we need to remain patient! In the meantime, enjoy the ride knowing you are prepared. Should another bailout appear imminent, I will once again write my elected representatives!

Last week I bragged about our beautiful Arizona sweater weather while the rest of the country was having blizzard conditions. When Jo proofread the copy, she told me, “You better be careful with your bragging, winter isn’t over here in AZ.”

I chuckled on Thursday, shortly after the article was released. Northern Arizona got pasted with snow. The first photo is a screenshot of the flight line at nearby Embry-Riddle University in Prescott, just an hour up the road, and about 3000′ higher.

Not to be outdone, I went to Home Depot and just got inside and the hail started coming down. The hail was so thick I drove home in slush that was at least 4″ deep and very slippery. When I arrived home Jo showed me a photo of the hail in our back yard.

We had just under an inch of rain. Had the temperature been just a few degrees cooler we would have had 6-8″ of snow.

Don’t you just love it when your spouse looks at you, not saying a word, but you communicate with mental telepathy? I just knew she was thinking, “I told you so!” That’s what I get. When she proofread this, she said I was a good mind reader.

This week we close with some truth/humor from Facebook. Grandma wasn’t always a grandma…. 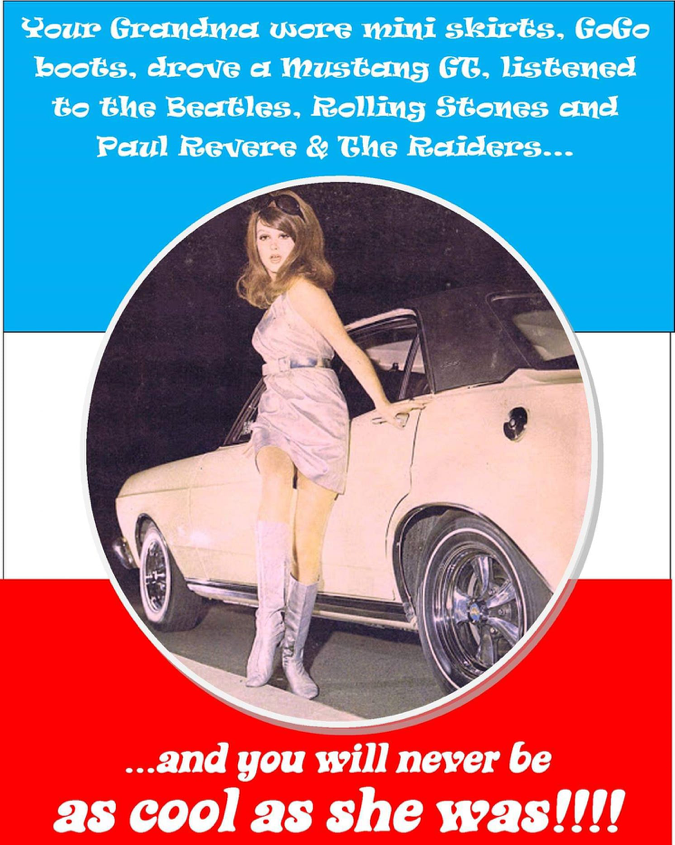