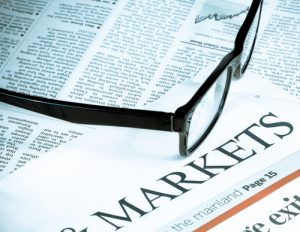 Investors relying on the mainstream media for investment research better rethink their strategy, and quickly. Garbage in, garbage out can ruin your 401K and destroy your retirement dreams.

“Americans’ trust and confidence in the mass media “to report the news fully, accurately and fairly” has dropped to its lowest level in Gallup polling history, with 32% saying they have a great deal or fair amount of trust in the media. This is down eight percentage points from last year.

… Americans’ trust and confidence hit its highest point in 1976, at 72%, in the wake of widely lauded examples of investigative journalism (Emphasis mine) regarding Vietnam and the Watergate scandal.”

When it comes to politics, the major newspapers, television networks and websites present the information to steer the reader toward their desired political conclusion. This is done by their headlines, selectively presenting facts, while omitting others.

In the fall of 2012, just before the election, the Labor Department announced the unemployment rate declined from 8.1% to 7.8%. The big media outlets trumpeted that exciting news. A year later Forbes and The New York Post revealed the Bureau of Labor Statistics faked the jobs report. John Crudele tells us:

“In the home stretch of the 2012 presidential campaign, from August to September, the unemployment rate fell sharply – raising eyebrows from Wall Street to Washington.

…. The numbers, according to a reliable source, were manipulated.

And the Census Bureau, which does the unemployment survey, knew it.”

The Federal Reserve has been trumpeting the great gains in the job markets; inflation is under their 2% target level, yet they have held off raising rates.

Lance Gaitan writes in his article “The Fed: All Talk and No Action”

No one on the Board of Governors (political appointees) voted for a hike, but three of the five Regional Bank presidents did. Seems to me that not hiking now is more a political move than not. (Emphasis mine)

… Fed Chair Janet Yellen responded to a question specifically about an accusation by a presidential candidate that rates have been kept low to appease the current administration. She said that the Fed doesn’t discuss or take into account politics when making monetary policy decisions… that Congress set up the Bank as an independent agency.

We can no longer trust the government to tell the truth, nor can we expect “investigative journalism” from the mainstream media. If the media source is aligned with the party in power, they present the government data as fact, no questions asked.

The Wall Street on Parade article, “Shhh! Don’t Tell the New York Times that S&P Earnings Have Declined for 5 Quarters” tells us:

“On July 25, during the opening night of the Democratic National Convention, Senator Elizabeth Warren made the following comments during her speech:

… If Senator Warren was not aware that quarterly earnings on a year-over-year basis as measured by the largest companies in America – the Standard and Poor’s 500 – were on track to log in their fifth consecutive quarterly decline in earnings, how could the average American possibly know this?

… Shouldn’t responsible media be setting the record straight? Or is it the job of corporate media to keep investors ignorant of the economic realities in the U.S. (Emphasis mine)?

We decided to see if Senator Warren could have possibly been misled by the so-called “paper of record,” the New York Times.

… We could find no article at the New York Times, much less a headline, that gave any clue to its readers that S&P 500 earnings have been in decline for the past five quarters.”

The Federal Reserve tells us they have not yet hit their inflation target of 2%. Where is the investigative media? Noted economist, John Williams, provides a comparison between the current government reported inflation versus how it was computed in 1990. He estimates inflation to be around 5%.

Reader A.P. would disagree with the Fed’s low inflation number:

Flamboyant billionaire Mark Cuban predicts, “In the event Donald wins, there is no doubt in my mind the market tanks”.

Should Trump win, the mainstream media will flip in their reporting; everything will be negative. We will hear just how bad the economy is; deficits are going through the roof, you name it. The negative spin will talk us into an even deeper recession.

Mr. Cuban, let me break this to you gently. The economy already stinks; businesses are not investing in capital goods to increase production because there are no sales to justify it. The charade cannot last must longer. The market will tumble; pension funds and individual investors alike will suffer – no matter which candidate gets elected.

Recently I’ve interviewed several experts, all who believe a stock and bond market crash is inevitable; it’s just a matter of when.

In the 2008 crash some friends saw their 401K drop by 40% almost overnight. They were shell-shocked! Many sold off to stop the bleeding and were unable to ride the market back up.

Can this happen again? Is there a guarantee the market will come back in our lifetime? No one knows. I fear many investors will be hurt because they rely on information sources more concerned with a political agenda than helping their readers.

Investors must do their own investigative reporting.

Don’t stop reading the likes of the Wall Street Journal, New York Times or your favorite online finance websites. They provide valuable information. If they publish recent government data with fancy headlines proclaiming, “Happy Days are Here Again” or “We are Doomed!” (With political implications) be very suspicious of their motives.

Vote for the candidate of your choice, but do your own “investment investigative reporting”. Fortunately, we have the Internet to help us. Each day I start with “The Daily Pfennig” and “Ed Steer’s Gold and Silver Digest”.

Mike Meyer provides a great example in The Daily Pfennig when he fact checks the Fed. He concludes, “The risk to the market, of course, is that the Fed …. will begin raising interest rates at a point when the economic cycle slows down further. Chances are, investors will probably want to buckle up if that turns out to be the case.” While the Fed may say, “Things are rosy”, Mike presents the facts without the rose colored glasses.

There are many subscription newsletters available offering investment recommendations. How do you find good ones focusing on investment advice, not hidden political agendas?

When it comes to investing your life savings don’t allow political bias of any form of media to mislead you into making a bad investment decision. Bad investments are just too expensive.

A special thank you to Stan the Annuity Man who invited me to do a podcast about our Miller on The Money Annuity Guide. It’s a fun interview and we go into some pretty good detail. Check out the website also, they have a free newsletter focusing on income opportunities which is excellent.

Should you wish to order a guide, click HERE. When checking out, enter Dennis as the coupon code for a 20% discount.

I am having cataract surgery Tuesday 10/25 so I submitted this to production early. My beloved Cubs are now advancing to the World Series for the first time since I was five years old. When you receive this, the first two games will be history.

Hugs and a few tears last Saturday night, plus messages from children and grandchildren. Supporting your favorite team is multi-generational and certainly good for family bonding. I’m still not breathing or bragging, just keeping my fingers crossed.

Good Friend Courtenay sent me “21 rules for aging”. They are not one-liners so I picked some dandies: