Don’t Race To Your Next Accident 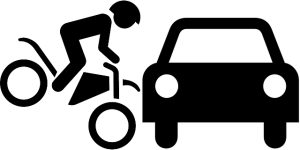 Out of nowhere, a motorcycle flew past me, crossing a double yellow line signifying a no passing zone. I braked and he jerked the motorcycle back into our lane barely avoiding oncoming traffic. I was 15 years old. The football coach doubled as our driver-training instructor. He remained calm and said, “You did the right thing; he’s racing to his next accident.”

It was eerie! The local paper ran the story, with photo; the motorcycle and two cars were totaled. Fortunately no one was badly injured. I thought coach was psychic, the wreck happened just minutes after he made the remark.

It’s financially and emotionally difficult to take investment losses. Investors will look for what they missed or failed to anticipate. Many look for bad judgment; but fail to look at the circumstances that may have clouded their judgment. It’s easy to get hurried and not think things through.

It’s déjà vu all over again!

In the fall of 2008, the Troubled Asset Relief Program (TARP) bank bailout bill was passed. Immediately, the banks called in my CDs; 70% of my retirement portfolio was turned into cash. I’d never held that much cash, didn’t know what to do and I was scared. I felt a great sense of urgency. I had to replace the guaranteed income I lost. I immediately signed up for several investment newsletters.

Barack Obama had just won the election. My inbox was flooded with promotions suggesting double and triple digit returns. I needed to buy their newsletter and act now before it’s too late!

In retrospect, I invested too much capital, much too quickly rather than waiting to see how things would shake out. Looking back, I found three different results:

1. Investment advice that was spot on and profitable; but didn’t result in huge gains like they advertised.

2. Investment advice that was wrong and lost money.

3. Investment advice that turned out OK, but the reason had nothing to do with the pundits’ predictions.

The TARP bailout was supposed to be a one-time event; interest rates would quickly return to normal. No one predicted the Quantitative Easing programs that followed, or that the Federal Reserve would buy trillions of government bonds keeping a lid on interest rates. Yield starved investors, with no other options, drove the stock market to all time highs.

A regime change is a wonderful event for marketing managers of investment newsletters. It’s not just in the US. After the British voted to leave the European Union, or the recent vote in Italy, my inbox was flooded with promotional material. Here are a few examples:

To their credit, the last publication made it clear this was a trading strategy, not for passive investors.

I began my encore career writing a subscription newsletter. Our analyst team spent countless hours researching and finding real opportunities. I invested right along with our subscribers. Our hearts and mission was to provide solid, actionable information. Most experts I met along the way have a sincere and genuine concern for their reader’s well being.

Here’s a sad little secret. The Internet is one of the most competitive markets known to man. Everyone’s inbox is flooded with promotional material. Investment newsletters that under-promise and over-deliver are unlikely to make a profit. It takes thousands of subscribers to cover your cost and make a profit. It’s a constant struggle between production and marketing about wording promotional copy.

Savvy marketers will tell you the most effective marketing copy contains fear or greed and a sense of urgency to ACT NOW! Sad – but true.

Lessons from the first act

With a new administration about to be sworn in, it’s time to remember lessons from the past.

1. Don’t confuse investing with trading. It’s easy to get caught up with the idea of get rich quick – however you can also get poor quick.

Right after the election, two publications touted investments in the coal industry. The new administration is going to roll back environmental regulations and happy days will return; emphasizing you must act quickly before it’s too late.

The market for coal has changed dramatically. That’s one campaign promise the outgoing administration kept. They bankrupt much of the industry by destroying their market with regulations. Many power plants converted to natural gas. The supply of natural gas has increased and prices are very low. 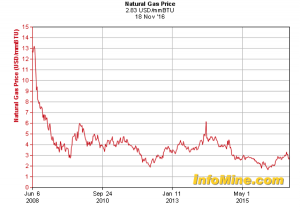 Until it becomes profitable for their former customers to convert back to coal, their market will be smaller. I question the sense of urgency.

Early traders may have done well; market volatility is their friend. Trading is for traders, not for investors managing retirement money.

2. Not all problems are YOUR problem. I recently outlined concerns about the bond market being on the verge of collapse.

In a recent Daily Pfennig, friend Chuck Butler tells us:

Chuck is generally pretty accurate with his predictions. While he claims the move was not positive, it depends on who is looking at it. Many retirees would say 3% is halfway back. For decades safe, 6% yields was the norm. Seniors and savers would breath a sigh of relief if their savings would earn a safe, good rate of return.

It is not positive for those who own long term bonds with low interest rates. As interest rates rise, the resale value of the bonds decrease. Those holding the bonds have the choice of holding them until maturity or selling them at a loss.

Hopefully they are not part of your retirement portfolio.

Trillions of dollars in interest that would have been paid to seniors and savers, was given to the government and banks by reducing their cost of borrowing money. The bailouts were done at the expense of retirement plans of several generations. The bank bailouts didn’t work.

The government took the interest saving and spent it elsewhere.

I recently outlined that the 5 biggest banks now own almost half the industry and regulators warn they are still deemed too big to fail. Regulators warned, “The current arrangement could pose serious adverse effects to the financial stability of the United States.”

Bailouts reward incompetence. Break up the banks deemed “too big to fail” and solve the problem.

3. Bond funds could be a problem. Bond defaults are rising. Exchange Traded Funds and Mutual Funds bought billions of bonds to package for resale to investors. I recently outlined steps that should be taken as part of a complete portfolio review.

4. Remind yourself why you own gold. Gold is the best hedge against inflation. In 2008 many expected huge deficits and rampant inflation. In round numbers, the government debt doubled, but the anticipated inflation never came. The economic plans of the new administration are likely to increase the deficit further and faster.

Interest rates will rise if the Fed does not put a cap on them by buying government debt. Every 1% increase in interest rates will cost the government approximately $200 billion in interest. In fiscal year 2016 our total debt increased $1.4 trillion. Our debt increase could easily pass $2 trillion annually. Will the inevitable inflation finally arrive?

Gold core holdings are insurance, protecting your life savings from rampant inflation. While it has not happened yet, the threat continues to grow.

5. Take your time. Calm down and slow down! While some pundits like to brag about making the call first, focus on making the call right. Is the urgency really warranted or designed to sell newsletters? It’s not time for knee-jerk reactions.

Prudent investors face a challenge similar to election pundits right after the polls close. We don’t have enough information to make a responsible call. It’s going to take some time.

Don’t get caught up in the emotion or sense of urgency chasing rainbows. Get the call right, being first is not important. In the meantime, keep your powder dry; you will be glad you did!

I was saddened by the death of Debbie Reynolds. I was 17 when she starred in Tammy and the Bachelor. I felt she was the most beautiful girl I had ever seen. Check out this video and you will understand. Almost 60 years later I still remember who I took to the movie. When a childhood heartthrob or hero dies, it’s a reminder that time waits for no one. Rest in peace, Debbie Reynolds.

Speaking of aging, has anyone noticed that the junk mail seems to have increased during the holidays? Why am I getting bombarded with junk mail about hair restoration products and transplants? I mentioned it to Jo. She grinned and mused, “Maybe they saw the photo on your website.”

The New Year is upon us – finally! Why do I feel we need to fasten our seatbelts? There are a lot of changes in the wind and the ride will be a tad bumpy. In Sunday’s Daily Pfennig Chuck Butler outlines some prudent steps for investors to protect against contingencies. It’s a must read for those trying to hold on to their retirement nest egg.

I cringe around the 3rd of January when I get the IRS tax forms in the mail. Can’t they wait a few more days before poking us in the eye?