If You Don’t Think You Can Afford the Car – You Can’t! 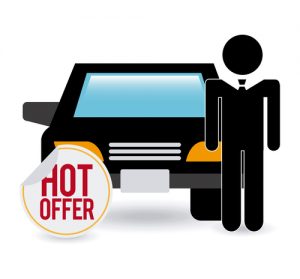 “No, no, don’t do it! You’ll be sorry”, I yelled. My wife Jo looked at me like I was nuts! In a scolding tone she asked, “Why are you yelling at a commercial?” I have been known to yell at the TV watching sports. If you don’t offer the umpire/official or participants feedback, how will they ever improve?

I was fuming about a commercial. It began with a young couple lusting over a new car. The wife lamented that they couldn’t afford it. Lo and behold, a slick salesman found a way for them to pay for the car, and they excitedly drove it off the lot. The commercial was not selling a car, but rather their company financing plans. “Come on down, we will find a way to get you in the car of your dreams,” was the clear implication.

Let’s call our young couple, Dick and Jane. Here’s what the slick salesman will not tell them.

Millions of people are getting caught up in the creative financing web and it could easily take them decades to recover from one simple mistake; buying a car they cannot afford and financing it for 6 or 7 years.

Over the last five years auto sales have risen from approximately 13.5 million vehicles to 18 million, an increase of approximately 35%.

Low interest financing, coupled with loans as long as 84 months have fueled this boom. A lot of consumers, like Dick and Jane are experiencing a rude awakening.

The thrill of driving off in a shiny new car has been replaced with the reality of a heavy debt load for a long time. The technical term is they are “upside down” or “under water” in their loan – meaning they owe more on the car than it is worth. The slang term is “screwed!”

The Office of the Comptroller of the Currency (OCC) publishes a Semiannual Risk Perspective.

“…The average breakeven point on an auto loan with a 60-month term is 27 months compared with a 50-month average for an 84-month auto loan. This longer time to breakeven increases the loss exposure if a borrower defaults.”

Unfortunately, Dick and Jane are not average.

Edmunds.com provides information on “Incentives and rebates”. Currently a 2016 Ford Explorer has cash incentives of $2,000, plus another $1,000 for Black Friday and an additional $500 for those in the military. They make it clear, “May not be combined with Special APR Financing through Ford Motor Credit Company.”

Here is what that means. A clever salesperson may get Dick and Jane into the car of their dreams with low interest financing for 84 months. In order to do so they are over paying at least $3,000 for the vehicle. There is a good chance they will be upside down well past the 50-month average.

The OCC report was published in late 2015. When new auto sales fall, so do used car prices. Dick and Jane will also see the value of their vehicle decrease. Jason Laky, senior VP of Transunion confirms auto sales are falling:

“The second quarter of 2016 marked the first sign of a slowdown in non-prime originations, but the flat growth in total originations was in line with the expected plateauing of new vehicle sales.”

And loan delinquencies are rising:

That number is predicted to rise to 1.7m this year, according to Tom Webb, chief economist at Cox’s Automotive.

Ron Neglia (the repo man’s manager) adds that the uptick … has been “significant”. … The nature of the job has shifted as well, presenting a troubling insight into the state of the current economy…

A year ago most of the cars that Mr. Neglia repossessed were from fraudulent schemes – people renting cars under a fake name and not returning them, for example. Today, he sees a larger number of individuals simply unable to repay on their loans.”

What does all this mean?

The automobile industry has fueled a sales boom with low cost loans and relaxed (sub-prime) lending standards. Auto sales are slowing down. Inventories on car lots are growing.

Declining auto sales are great for Dick and Jane if they are buying; however their trade in will probably suffer. Edmunds.com tells us, “In 2015, 30 percent of car sales that had a trade-in were ones in which the owner still owed money on the vehicle … The average amount of negative equity: $4,502.”

Cutoday tells us, “Auto Negative Equity Approaching 10-Year High.” According to J. D Power, “At 31.4%, nearly one-third of all car owners are currently underwater with their financing.”

Fun with Dick and Jane

Anyone unfamiliar with Dick and Jane, check out Wikipedia. From the 1930’s to the 1970’s they were children in our early reading books. Now they are grown up and will have babies of their own; and maybe a dog named Spot.

If Dick and Jane were my grandchildren, here is what I would tell them.

Project your needs 5-7 years out in the future. Dick and Jane may be newlyweds, and that cool BMW sports car sure is neat. What happens when you decide to raise a family? Will there be room for Spot in the back? Don’t assume you will have good equity in that BMW when your needs change and you want to trade.

Depreciation is very expensive. Last March, I provided a handy depreciation calculator. You can save a lot of money buying a good quality used car.

Be a good car shopper. Never start by discussing monthly payments. Determine the best “out the door” price the dealer will accept, when factoring your trade in. It does not hurt to walk out of the showroom. Don’t be surprised when you get a phone call offering a better price. Negotiate the best price before discussing financing.

Be a diligent finance shopper. While you may have to finance a vehicle, don’t get caught up in trying to find a way to get things down to a payment you have targeted. Here is an excellent educational video debunking the idea of zero percent financing. You can use this rebate calculator to compare financing alternatives.

Price compare financing with a bank or credit union. If they are unwilling to lend you the money for the vehicle you probably can’t afford it. Find something that realistically fits your budget.

Don’t trade when you are upside down in your loan. Unless you have no choice, rolling one car loan on top of another is compounding your problem and could affect you for decades. Drive your vehicle as long as you can and build up some equity before trading on your next vehicle.

Never lease a vehicle. The cost of insurance, depreciation and money is going to be the same and you will pay for it whether buying or leasing. Dealers love those who lease a new car every 3-4 years. With each new lease they are paying for the bulk of the depreciation. You are better off buying a good used car coming off of lease.

Keep your emotions in check. Don’t get caught up in the hype. That new car feeling is very short lived as compared to “How come there is so much month left at the end of the money?” Cars are machines that depreciate rapidly and cost a lot of money.

Young people today are starting out with too much student loan and credit card debt. Dick & Jane won’t become wealthy living from paycheck to paycheck thinking in terms of monthly payments. The money saved by being a good car shopper goes a long way toward paying down other debts.

Ignore the Christmas commercial with a new car sitting in the driveway with the big ribbon on the top! Let the slick salesman hook someone else into buying/leasing a new vehicle. Three years later many will be coming off of lease with low mileage in good condition. Take your time; maybe you can get a cool BMW crossover. It provides easy access to the infant seat and Spot can go in the back!

Am I the only one asking what happened to fall? In Phoenix we went from summer weather right to winter. We like to go out for dinner with the top down on the convertible. It’s much to hot to do so in the summer, and too cool in the winter. We had about two weeks of convertible weather and then it got cold.

It seems like yesterday that Jo told me, “The high will be in the 70’s” meaning we could turn off the AC and open up the house. Today she said the same thing only now we can turn off the heat.

We are heading to southern Indiana for Christmas. Last year bad weather caused us to extend our stay for three days so we will be in cold weather soon enough.

We put up a small Christmas tree this year. As always, Jo has the house decorated to get us in the Christmas spirit.

Good friend Alex Daley, CEO of GoldSilver, interviewed yours truly about gold and annuities. I appreciated his kind remarks about our Annuity Guide. They have a great website, please check it out.

Thank you to those who have done their Amazon shopping through our LINK. Our stipends are small but they do help offset our cost and keep our site FREE. I look forward to the day when I can announce we break even.

Speaking of Christmas, I understand there is a new disease sweeping across America called POPD. 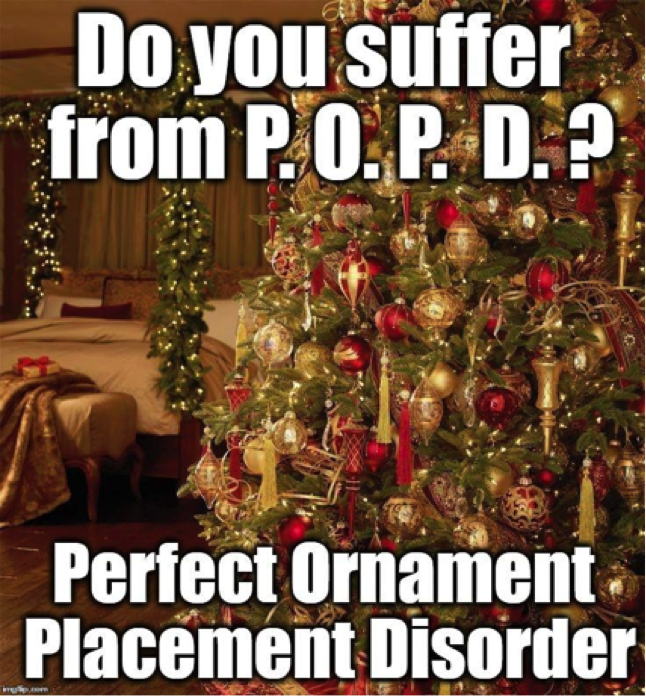 I think it is incurable. I’ve learned to help get the boxes down from the top shelf, help set up the tree and quickly get out of the way.