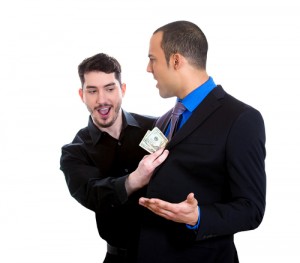 Good friend Alex N. recently sent me an article from the Pittsburgh Post-Gazette, “IRA Clock is Ticking”. Author Tim Grant warns, “If seniors unknowingly miss the Dec. 31 withdrawal deadline, it ends up costing them dearly in the form of a tax penalty that amounts to 50 percent of what they should have withdrawn.” He explains the Required Minimum Distribution (RMD) for seniors 70 years or older – and how they are calculated differently with a traditional IRA and 401(k).

Retirement plan participants and IRA owners, including owners of SEP IRAs and SIMPLE IRAs, are responsible for taking the correct amount of RMDs on time every year from their accounts, and they face stiff penalties for failure to take RMDs.”

RMD’s are required for both taxable IRA’s and 401 (k) type retirement programs. In layman’s terms, the government allows workers to have an account to save for retirement. Most plans allow you to deduct your annual contribution, and your earnings grow tax free, a nice tax incentive to save for retirement. When you withdraw money from the account, withdrawals are taxed as ordinary income at your current tax rate. The theory was you could avoid taxes during your peak earning (higher tax rate) years and withdraw money when you retired and are in a lower tax bracket.

Many investors have done very well in their retirement savings accounts and accumulated a lot of money. Uncle Sam wants their cut; withdrawals are mandatory when you are 70 ½. Kiplinger has a tool to help you make the calculation. If you have $1 million in your IRA and are 70 ½ years old, your RMD is $36,496.35. It changes each year.

Retirees should work with their tax advisors because the nuances are a bit tricky. As Tim Grant pointed out, the rules are different for IRA’s and 401 (k)’s. Not only must you make the correct calculation, the money must be withdrawn from certain accounts. Get some expert help, better safe than sorry. 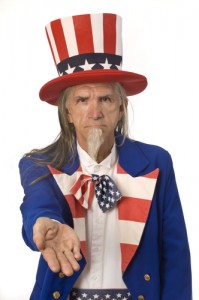 The friends I know that take RMD’s are usually proud of the fact they have saved enough retirement money and don’t need to withdraw any money from their IRA or 401 (k). They grumble about being forced to do so and pay taxes. I tell them it is a nice problem to have.

Income Tax laws have effectively made the government your business partner. You went to school, got a good education and a better job – you paid your partner more for your success. You invest your money and do well – Uncle Sam is there taking his cut. As you build up money in your taxable retirement accounts, Uncle Sam is licking his chops. If you do really well, not only does he collect income taxes, he may also help himself to some more tax money when you die. What is the old saying? The only certainties in life are death and taxes.

CPA’s and tax advisors have generally advised clients to leave money compounding inside of IRA’s and 401 (k)’s as long as you possibly can. I’ve seen many calculations, based on current tax rates that appear to prove their point. One critical element is always missed.

The calculations are generally based on the current system. I asked my CPA if he could guarantee that income tax rates would not increase; particularly the higher income brackets. Of course he said “No”. In essence, you have your life savings sitting in an investment account(s), and a business partner who can change the rules at any time and take a bigger cut – without your agreement or consent.

Can this really happen? Before the 2008 election, my wife Jo and I decided to open up a Roth IRA and roll over our taxable retirement accounts – which meant paying taxes on the distribution. The Bush tax cuts were on the books; temporary and set to expire in 2010. We felt there was a good possibility that income taxes would be raised. They put it off for a couple of years but eventually the top tax bracket was raised back from 35% to 39.6%.

During the debate over extending the cuts, The New York Times reported, “The full Bush-era tax cuts were the single biggest contributor to the deficit over the past decade, reducing revenues by about $1.8 trillion between 2002 and 2009.” While many will debate that conclusion, I feel we can say with 100% certainty, that the subject of raising taxes on hard working Americans and retirees will be seriously considered in the future.

Neither political party is talking about cutting the overall cost of government. The debate is about how the money will be spent – all the while our current debts continue to compound at an alarming rate. Private retirement plans present a tempting target for desperate governments.

After listening to the advice of our well-respected CPA, Jo and I realized much of our decision was emotional. Do we trust the government to not change the rules and raise taxes? “If you hold your money inside a traditional IRA or 401 (k) account instead of rolling them into a Roth, you are betting that current tax levels will stay the same. That is a heavy bet; one I was not willing to make.”

Buying out your business partner

The IRS tells us,

“You can convert your traditional IRA to a Roth IRA by:

A conversion to a Roth IRA results in taxation of any untaxed amounts in the traditional IRA.”

The government requires Roth money must be left in the account for five years before it can be withdrawn without penalty. For those complaining about having to withdraw money they do not need, this should not be a problem.

Once again, get qualified professional help. There are a few nuances and you want to get it right. For example, Jo and I did not roll it all over in one year. We spread it out so we would keep more in the lower tax brackets. Better safe than sorry!

We made our decision and never looked back. Roth IRA’s do not require any RMD; and all withdrawals are tax-free. Uncle Sam took a big bite when we rolled the funds into the Roth. Today the government no longer has an economic interest in our retirement money. It grows tax-free and stays that way. One less thing to worry about.

Can the government change the rules? Sure, they are the government! I’m guessing – but I believe the government would go after the billions, if not trillions, currently being held in taxable accounts first. If we ever thought that our Roth accounts were vulnerable we would withdraw the money tax-free and have to figure out where to go from there.

Anyone who is close to, or required to take a RMD should seriously consider opening up a Roth IRA in January – why wait until December? Put your 2016 RMD (or more) in a Roth NOW.

In Sunday’s Daily Pfennig, good friend, Chuck Butler wrote a great article, “The Certainty of Taxes”. Chuck reminds us, “… roughly 97% of U.S. taxes are paid by the top 50% of income earners, with 58% of total taxes paid by the top 5% of income earning individuals.” For your entire life your business partner has had his hand in your wallet. It’s time to buy him out before he decides to up his take even more!

Congratulations to Alabama on winning the NCAA football championship. While these kids are playing on a national stage, I continually remind myself most are barely 21 years old.

Spring is fast approaching, over the weekend Cub spring training tickets went on sale. Pitchers and catchers will report in about a month. A couple times Jo and I have gone to the morning practice fields. That is a lot of fun. To me spring is rejuvenation.

Speaking of rejuvenation, I need to clarify something I wrote last week. I recommended a portable cell phone charger

and discussed a solar panel. The battery pack I recommended is the highest rated one on Amazon. It has good capacity and charges our devices quickly; we love it. The battery packs with the built in solar panel do not get good write ups because the panels are too small. We ordered a larger solar charger

that received great reviews. We have ridden out a couple hurricanes and been without power for extended periods of time, better safe than sorry.

Good friend Bob L. recently sent me some cute comments about being old. I love this one:

“I very quietly confided to my best friend that I was having an affair.

She turned to me and asked, ‘Are you having it catered?'”

And that, my friend, is the sad definition of “OLD”!