Feel Discombobulated, Confused, Distracted and Betrayed? You Are Not Alone 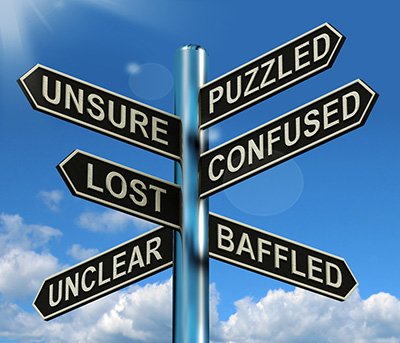 When I finished writing “Whistling Past The Graveyard”, I was furious.

The Federal Reserve prints money at will. Theoretically, congress oversees the Fed – the Fed oversees the banking system, and they have our best interest at heart. While both feign good intentions, in practice they are lining their pockets at the expense of Main Street America.

Fed Chairman Powell weakened the member banks stress tests and gleefully proclaimed they all passed. That enabled major stock buybacks and dividends estimated at $200 billion, well above their earnings.

Before the repeal of the Glass-Steagall Act, banks and investment houses were separated. Banks were smaller and not allowed to cross state lines. They lent money to retail and business customers, earning their profits on the interest rate spread. If a bank failed, the FDIC would protect depositors; stockholders suffered the consequences of their bad decisions. No bank was too big to fail!

Today, major banks and brokerage firms are one in the same. They take huge investment risks. When the Fed talks about Wall Street they are talking about the OWNERS OF THE FEDERAL RESERVE.

Result of the Glass-Steagall Act being repealed

The Fed now prints magic money and funnel it to their owners – major investment houses with bank charters. They invest it, reward their executives with huge bonuses, shareholders with dividends and stock buybacks well in excess of their earnings.

This Wall Street on Parade headline, “After JPMorgan Chase Admits to Its 4th and 5th Felony Charge, Its Board Gives a $50 Million Bonus to Its CEO, Jamie Dimon”, provides a great example.

Temporary??? Prices have gone up; do you think drug, medical care and grocery prices will truly decline? Neither do I…. Main Street will be lucky if rate of inflation slows down a bit. 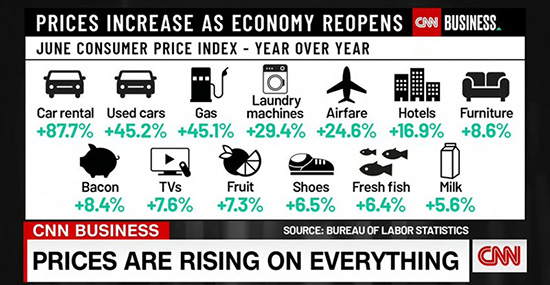 Friend Chuck Butler and I regularly hear from readers who are confused, angry, feel betrayed and don’t know who to trust or what to believe. They see prices skyrocketing while the Fed and politicians tell them not to believe their lying eyes – the problem will magically disappear soon.

CNBC spilled the beans about the real concern – midterm elections.

Powell’s concern is protecting Wall Street profits – hoping Main Street does not have a political backlash that might disrupt their money tree.

What are they hiding?

James Jacoby (JJ) narrated a powerful expose on PBS, “The Power Of The Fed”. The entire 53:17 had me glued to my monitor. It is a maddening blockbuster everyone should see.

I spent days reviewing the program, gathering/organizing information for our readers. If there is a misquote, I apologize, I worked hard to get it all right.

JJ’s extensive interviews include current and former members of the Federal Reserve. THEY tell us how terribly corrupt the Fed has become. I will add emphasis to many of the quotes.

He starts with a simple statement:

“I’ve heard that over and over, that we are living through an epic experiment run by the Fed. An experiment that has been dramatically changing the American economy.

…. The way they did it was to literally create new money and use it to buy huge amounts of things like mortgage-backed securities and government debt from banks and other institutions. Their hope was that the lower rates would spark more spending and borrowing throughout the economy.”

JJ: Is this something that had ever been attempted before?

AH: No. …. This was an incredible collapse of the fundamental structure of the US economy in a very short period of time, and uh, we were building the plane while we were flying it.

JJ: The idea of lowering interest rates and…quantitative easing was basically pulling out all the stops to make it cheaper to borrow.

WC: Basically, by making money…suddenly…abundant, and cheap, and easy to get, they just flooded the zone with capital. .… Easy money…trillions of dollars of easy money. Like the greatest experiment in easy money in history.

JJ: QE was an experimental way for the Fed to inject money into the financial system and lower long-term interest rates.

RF: It’s almost like alchemy, you can create money out of thin air if you are the central bank.

JJ: How was that viewed inside of the board room, was that seen as success?

RF: Yes, it validated what we thought would happen….

JJ: What Fisher and other former Fed insiders told me is that the stock market rally was no accident. By design, the Fed’s QE program effectively lowered long-term interest rates, making safer investments like bonds less attractive and riskier assets like stocks more attractive.

MEE: The Fed is the one institution that has a printing press in the basement and there is no limit on how much it can use.

JJ: El-Erians’ firm helped advise the Fed on its QE experiment. He told me the expectation was that the low interest rates and QE would have a strong effect…on the wide economy.

JJ: One of the problems was the banks were holding on to a lot of the money, instead of making it available to borrowers.

The immediate impact was driving investors (particularly retirees needing income), insurance companies, 401k, and pension funds to take unwanted risks – while losing (worry free) interest income they thought they could count on. By design, quality bonds and CDs would not pay a reasonable return.

….figure out what to do for tens of millions of Americans who, with more interest income, could stimulate the economy by spending toward the necessities of life.”

When Yellen was the Fed Vice Chair she told an International Investment Conference:

“As many observers have argued, an environment of low and stable interest rates may encourage investor behavior that could potentially lead to the emergence of financial imbalances that could threaten financial stability.

…. At present, we see few indications of significant imbalances.

…. A sustained period of very low and stable yields may incent a phenomenon commonly referred to as “reaching for yield,” in which investors seek higher returns by purchasing assets with greater duration or increased credit risk.

…. The Federal Reserve is carefully monitoring financial indicators for signs of potential imbalances and is assessing the extent to which leverage is currently employed by investors, particularly where some of the potentially amplifying factors I just discussed may be present.”

She is now Treasury Secretary, working closely with the Fed. Perhaps she is still “carefully monitoring”….

The Fed’s policy provided the fuel. Wall Street commandeered much of the money for their high-risk investments at the expense of Main Street.

Their real concern is the public raising hell during an election year, which might force the government to do its job and crack down on the Fed.

Bill Bonner is right, I feel betrayed! This is the tip of the iceberg. More to follow… 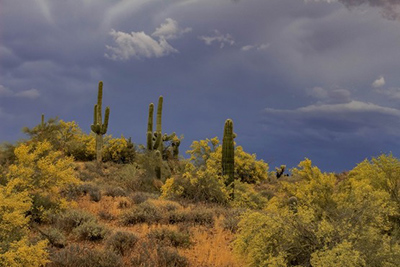 We recently got a great dose of monsoon season here in AZ. We had a week of heavy rain, thunderstorms, flooding, and cooler temperatures. You could almost hear the plants breathe a big sigh of relief. Flowers bloomed and you could see the cactus swell up. I’m told the saguaro cactus can hold several hundred pounds of water – which helps them survive the summer desert heat.

Last week was the trade deadline for major league baseball. The losing teams trade good players to contenders, hoping to get young talent in return. I’m filled with mixed emotions. It is unusual to see top players spend their entire career with one team like Yadier Molina with the Cardinals.

I’m watching the Championship Tampa Bay Lightning hockey team begin to disassemble due to the salary cap and the NHL expansion draft.

A sports FAN is short for fanatic. When you get emotionally attached to your local heroes, it is sad to see them playing for the competition. I’m old enough to realize that eventually new, younger stars emerge to capture the hearts of fans.

My first real attachment came to the 1969 Chicago Cubs. I’ve met some of them, still heroes in Chicago. Sadly, many passed away in the last several years. Ferguson Jenkins recently lamented the loss of teammate Glenn Beckert who was the best man at his wedding.

Life goes on. I feel sports have historically been a way to temporarily escape the problems of the world. I hope future generations can be entertained as our generation was.

Quote of the Week:

This seems fitting for this week’s article.

“What has been holding this Wall Street house of cards together this long is the New York Fed’s willingness (even eagerness) to throw trillions of dollars at the problem at the earliest sign of a hiccup.

The fly in this ointment is that the New York Fed is literally owned by these same Wall Street mega banks while simultaneously creating emergency bailout programs and then outsourcing the work to the banks being bailed out. If ever there was the perfect design for a replay of the Hindenburg, this is it.” 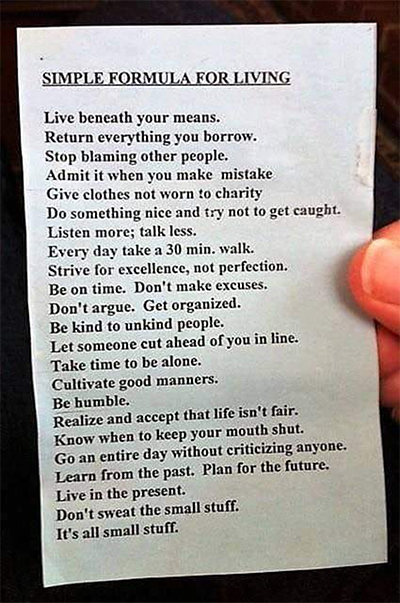