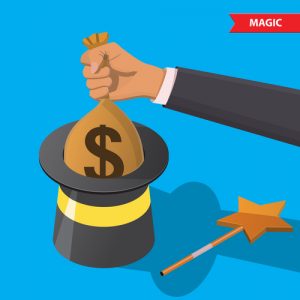 In 2007 Federal Reserve Chairman Ben Bernanke told America that, despite soaring prices, the real estate market was fine and derivatives were nothing to worry about. In 2008 America was “surprised” when the Fed went into a crisis mode. Congress passed the controversial Troubled Asset Relief Program (TARP). It was supposed to be a one-time event, and the economy would recover shortly thereafter.

Quantitative Easing (QE) followed and interest rates hit historic lows. The banks were saved while the retirement plans of most Americans were destroyed. Interest rates are still low, the Fed holds $4.5 trillion in government debt, and the economy is sluggish.

Meanwhile current Fed Chairperson Janet Yellen tells us the economy is great. She recently reassured the world that not only is the banking system safe it’s also unlikely we will see another financial crisis in her lifetime.

Last week, Chuck Butler, editor of “The Daily Pfennig”, and I discussed the fact that Ms. Yellen is relying on bad economic data leading her to do the wrong thing. Baby boomers and retirees cannot afford another “Fed Surprise!”

DENNIS: Ms. Yellen has given the economy a clean bill of health. She is relying on bad unemployment numbers and seems to ignore other economic data. What did you discover when you looked at retail sales and other economic indicators?

CHUCK: Retail Sales come back to consumption, which comes back to Personal Spending. All are tied together with a neat bow.

Personal Spending is dropping like a rock! In May, Personal Spending was a gain of only 0.1%. And Retail Sales for the same month were negative -0.3%. The Fed is ignoring these important pieces of economic data, calling them “transitory”… I say hogwash!

Another piece of data that is a key to a growing economy is Capital Expenditures (CAPEX). If businesses aren’t putting their profits back into the company’s equipment and infrastructure looking for growth, then the economy is going nowhere, period! CAPEX has been very low for a long time…

Instead, corporate America is buying back stock to improve Earnings Per Share (EPS) and increase their bonuses.

If corporate America saw growth on the horizon, CAPEX would also be growing and they could increase their bonuses by being more profitable. Ms. Yellen and the Fed are ignoring this economic reality.

DENNIS: The Fed told us the first TARP bailout would stimulate the economy and get us out of a recession. I titled part I of this interview, “Janet Yellen Says “All is well”. Be Very Afraid!” because I’m concerned.

Can you explain to our readers what the change in course means for both workers and retirees?

CHUCK: Sure. The recent Fed rate hikes have really only affected short-term rates. Interest rates and deposit rates are still very low, yet Yellen continues to tell us that inflation is right around the corner – and that the Fed will continue to hike rates. I doubt that she’ll get too far down the road with rate hikes before the next recession hits us.

The Forbes article you mentioned is one of many outlining the craziness of rate hikes in a weakening economy. John Crudele at the New York Post wrote, “Janet Yellen is driving me crazy.” He doesn’t mince words:

“A lot of us have suspected this for many years, but now it is official: The Federal Reserve doesn’t have a clue as to what it is doing.”

Now the Fed tells us that they are going to begin to unwind their balance sheet that totals $4.5 Trillion in U.S. Treasuries and Mortgage Backed Bonds.

When the Fed told us that they were finished buying bonds they didn’t exactly tell us the truth. For every Treasury bond they held that matured, they went out and bought replacement bonds. So, their balance sheet didn’t really change because they were in the market buying bonds. Now they won’t be replacing maturing bonds. With the Fed out of the bond buying business, it’ll be just like an additional rate hike!

Bond yields will rise eventually along with interest rates. There goes the housing market, there goes the car buying market, and there goes our economy! That’s why I feel we could be headed for a recession, much of it caused by the decisions of the Fed.

DENNIS: Earlier this year I referenced a CNN article stating, “Federal Reserve Chair Janet Yellen gave the U.S. economy a nearly clean bill of health, two days before Donald Trump arrives at the White House.” This could turn out to be a perfect political ambush for the current administration. Even if it is a setup, there is nothing our readers can do about it.

Chuck, you are now one of us, a person who has retired from his full time job. What advice would you give to your peers who are looking after money that must last for the rest of their lives?

CHUCK: Diversification! I tell people all the time that they need to have a diversified investment portfolio. Diversification doesn’t just mean owning stocks, bonds and mutual funds. It means you own different asset classes that have little or no correlation with the other asset classes you own, and they have different pricing mechanisms.

You want to own things that are liquid so that you can quickly change your weightings of the asset classes when times dictate that.

I’ve been a long-time follower of Harry Markowitz’s Modern Portfolio Theory, and that theory is all about diversification! In these times when debt is all around us, we really don’t have a clue about whether or not the current financial system will still be viable in a couple of years…

So… with your new diversified investment portfolio, I would look to increase the weightings of Gold & Silver. There’s just too many questions floating around the world today about everything under the sun, and should one of these questions cause an avalanche, I think you’ll be happy that you have a good portion of Gold & Silver.

A diversified investment portfolio that includes, currencies and metals along with stocks, bonds, etc. is the best way for investors to protect themselves right now.

I also agree with you about keeping stop losses current. In times of uncertainty, capital preservation is at the top of the list.

Dennis, I too am very concerned. The Fed surprised us in 2008 and many hard working Americans, who played by the rules and saved their money, were badly hurt by the Fed. America does not need or deserve another “Fed surprise!” Investors need to protect themselves.

DENNIS: Chuck, thank you so much for your time. I feel like we just put the back patio conversation on the front page. I know our readers will appreciate it.

CHUCK: My pleasure Dennis, any time.

Ben Bernanke was wrong and every retirement program in America was negatively affected. Now his student, Ms. Yellen, is proclaiming all is well. There is good cause for concern; however we are on to the game this time around.

The Fed’s “craziness” is likely to cause an already down economy to get worse. These are not normal times; caution and capital preservation are the top priority.

We can’t afford to be complacent and experience another “Minsky Moment!”

If you ever visit Phoenix, I recommend you take a side trip to Fountain Hills, AZ – a suburb sharing a border with Scottsdale. It’s a cool little town with lots of shopping and restaurants. 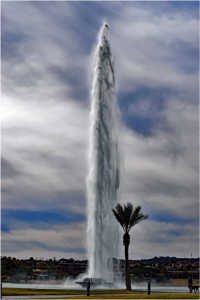 The town was incorporated in 1989 and named after the towering man-made fountain in the center of town. It’s the world’s fourth tallest fountain with a height of around 300 feet. The fountain is turned on hourly.

I shot this photo as the fountain was still going up. You have to really back up to get the full shot when it is wide open.

On windy days they cut back on the height but it is still pretty neat. It’s fun to see the green fountain on St. Patrick’s Day.

Our favorite restaurant is Phil’s Filling Station.
Every Sunday from October through May they have a car show in their back parking lot.

The restaurant has an incredible collection of Coca-Cola memorabilia. Be sure to check it out.

Last spring a subscriber brought his family to Phoenix on vacation and contacted me. I suggested we meet at Phil’s on Sunday morning. I love to meet our readers, and everyone had a great time.

Friend Toots H. supplies our humor for the week: 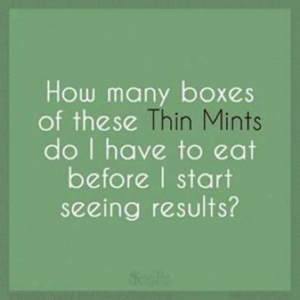