Government Backed Student Loans – A Deal With The Devil 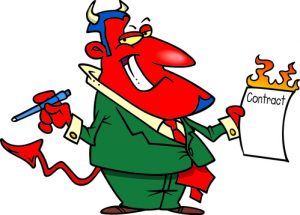 How’s this for a business proposition? I owe you $17,000. If you forgive my debt, I won’t use Uber or Lyft for my transportation needs. Or, how about I agree to give up texting and mobile messaging for a year in exchange for debt forgiveness? Doubt I’d get any takers.

I received an email about a recent survey, “Survey Reveals What Millennials Would Rather Deal With Than Paying Student Loans”. The sender suggested, “The insights would be a great fit with your audience.”

I asked the sender, “… My generation was faced with a choice. The rich kids went to college, the poor kids joined the military (gonna get drafted anyway) and then came out and used the GI bill to help fund their college. Were there any questions about trading military time for debt reduction? I received a polite response saying that was not part of the poll. Did it even dawn on them to ask?

The survey sponsor appears to be in the loan business, promoting refinancing student loans.

While I passed on the idea, I soon changed my mind. The survey appeared on Facebook, generating some brutal feedback. Many called respondent’s snowflakes and much worse. They felt the respondents had no clue about sacrifice and the real world.

Might part of the problem be the survey itself? If respondents were only given those silly choices, they would check the ones they felt most appropriate. Perhaps student loan debt is not that much of a problem. They are not willing to sacrifice much to make it go away.

Here’s one example. Survey says…49.8% would give up their right to vote in the next two elections to have their debt forgiven. The article also mentions less than half of the millennials voted in 2016.

What some consider sacrifices doesn’t cut it with many Americans.

When you took out a student loan, you entered into a contract, borrowing money to complete your education. You felt your education would lead to a better job and you could repay the debt from your earnings.

The government was a co-signer, guaranteeing repayment of the loan. By doing so, the banks offered YOU very low interest rates.

Today, paying off your debt is an inconvenient challenge. In my article, “Student Loans – A Multigenerational Curse” I outlined you are not alone:

“Since the 2008 recession began student loans have skyrocketed to over $1.4 trillion.

The Wall Street Journal reports, “Revised Education Department numbers shows that … at least half of students defaulted or failed to pay down debt within 7 years.” Many young people (not all graduated) owe several hundred billion dollars they have been unable or unwilling to repay.”

The survey says, “…The Federal Reserve puts the median student loan debt balance at $17,000, with monthly payments of $222.” More than half are failing to honor their contractual obligations.

With some very limited exceptions, you cannot discharge student loans in bankruptcy court. As a taxpayer, I LOVE that provision. In 2012 Marketwatch reported:

“According to government data … the federal government is withholding money from a rapidly growing number of Social Security recipients who have fallen behind on federal student loans. From January through August 6, the government reduced the size of roughly 115,000 retirees’ Social Security checks on those grounds.”

What is debt forgiveness?

Unlike bankruptcy, debt forgiveness is when a lender voluntarily agrees to allow the debtor to forego payment of the remainder of the debt. It’s a gift, plain and simple. If student debt is forgiven or defaulted, the government pays off the bank.

Unfortunately some politicos, pandering for votes, are promoting the concept, willingly giving away billions of our tax dollars.

Let’s cut to the core. Asking for debt forgiveness is asking taxpayers, your friends and neighbors, to pay for decisions YOU made for YOUR benefit.

The Student Loan Debt Clock tells us the current total is over $1.5 trillion. Reference.com says there are approximately 138 million US taxpayers. If all student loan debt were forgiven, the cost would be approximately $10,870 per taxpayer.

Its no wonder the feedback on Facebook was so negative. Taxpayers work hard and don’t want to pay off someone else’s debts.

Student loans should be a last resort when it comes to financing an education. Students should be educated about debt and the consequences before they take out the loan.

As I outlined in my previous article, college costs should be minimized. Four-year graduation should be expected, 36% of incoming freshmen get it done! Students are making adult decisions, many times at an early age, and parents need to guide them so they don’t end up with a huge debt burden.

“Scholarships and stipends in Army ROTC help you focus on what’s important. Namely, getting that college degree – not how you’ll pay for it.”

A college degree and a few years as a military officer have worked well for many young people. If you are not willing to do so, that’s fine, just be responsible and honor your contractual obligations.

27% of the respondents said they would be willing to move in with their parents for student loan debt forgiveness. That’s a bass-akward solution for sure!

A recent US Census Report tells us:

… At 24.2 million people, the population of 18- to 34-year-olds living at home is a large and diverse group. …About 81 percent are either working or going to school.”

If you are going to live at home, do it while you are going to a local junior college, saving a tremendous amount in educational cost. The goal is to transition into adulthood easily with no debt burden.

While many parents want to help their children, having them move back home after college for extended periods of time is an economic and emotional burden. Parents must move ahead and get their retirement in order.

Based on the survey and available choices, it’s easy to conclude that student loan debt is more an inconvenience (average $222/month???) than a real burden. If debt consolidation will help reduce monthly payments, investigate the option. However $222/month is not the case for many millennials.

My granddaughter and her husband married in their senior year in college. Their combined student loan debt is significant. They both work, husband got a second job and they are responsibly working to pay off their debt and raise a family. Yes it is difficult.

There are ways to legally obtain some debt forgiveness. Military.com highlights many Student Loan Forgiveness and Discharge Programs. It involves more sacrifice than promising not to text. Here are some options:

Under this program, members of the military who have been employed by the military or a qualifying public service job for the last 10 years may have their federal student loans FULLY discharged.

** Public service for individuals with disabilities and the elderly

** School library or other school-based services

You need to be employed in these positions at least full-time, which is considered to be at least 30 hours a week or what the employer considers to be full-time.”

If you have student loan debt, sacrifice and do what it takes to get the loans paid off as quickly as you can. If you are in college, or headed in that direction, get a good education in four years with minimal student loan debt. Work your tail off so you can easily transition to your next step in life.

Decisions and behavior have consequences. Welcome to the adult world!

I need to catch up on some Public Service Announcements. Last week I announced our new Facebook Business Page. If you are not a Facebook user, don’t worry; our newsletter will still arrive in your inbox every Thursday as always.

I want to keep our weekly publication FREE and am trying to find ways to generate revenue to offset our costs. I neglected to thank everyone who shops on Amazon through our LINK. We get a small stipend and your prices remain the same. It’s very much appreciated and the revenue is slowly growing each month.

I recently interviewed Tim Plaehn about determining which dividend stocks are on his radar. Last week he published an article, “3 Warning Signs That Your Dividend Is About To Be Cut.” He outlines some more candidates that investors may want to trim from their portfolio.

If you are looking for safe dividend income, our friends at The Dividend Hunter have a unique Monthly Dividend Paycheck Calendar. Their model portfolio is approximately $500,000 and averaging over $4,000/month. Tim has offered our readers a 50% discount on their first-year subscription price. CLICK HERE to take advantage of their generous offer.

We appreciate our readers going through this link as we receive a small commission, which also helps offset some of our costs.

I wanted to include a cool photo this week. If you are anywhere near Cheyenne, WY go see BIG BOY, the largest steam engine ever built. They only built 25 of them and one resides in Cheyenne.

I had to stand on the top of a hill to get it all in the frame. I asked Jo to stand next to it to give some perspective on just how big it really is. 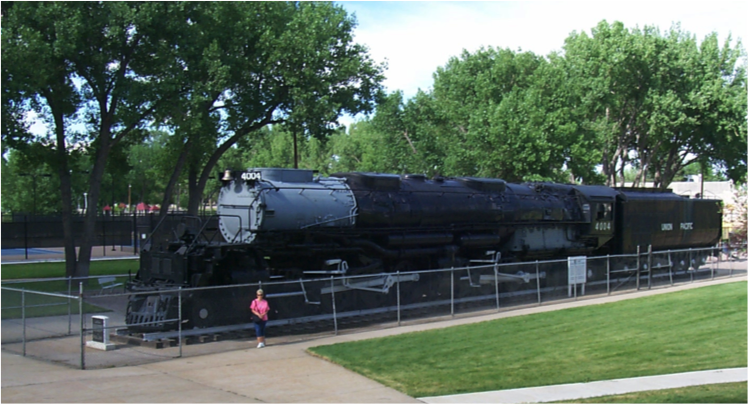 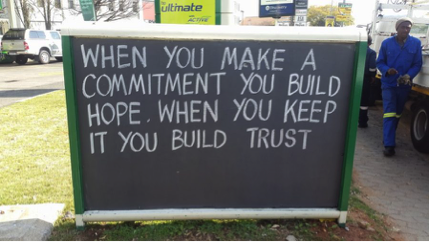 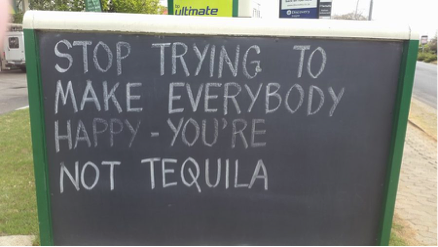