How do young people save for retirement? 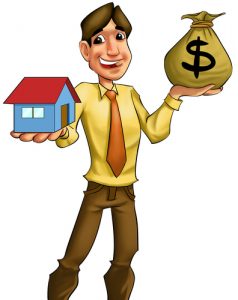 Young people fear that Social Security will be broke and are struggling to fund their IRA and 401(k) retirement programs – where do they start? Steven H. a friend from Bleacher Nation, my favorite Chicago Cub website, provides an excellent example:

“I am 26 years old, a long way from retirement, and I know it’s important to start early. I would like to buy a house in the next 2-4 years. Where is a good place to start?”

Most young people are worse off than Baby Boomers who started out broke. They are likely burdened with student loans and a lousy job market. They believe that Social Security (as we know it) will not be there for them when they retire.

Many tell me they can’t save because they are living from paycheck to paycheck, there is no money left over. I tell them not to worry, baby boomers also asked, “How come there is so much month left at the end of the money?” My personal record was two straight weeks with PB&J sandwiches for lunch.

How can I save?

Most understand they should save, they don’t know how to begin.

Buy a Quicken Personal Finance Program. Forget the fancy stuff. Set up the program to track your personal spending. Post every credit card charge and personal check into a category, rent, auto, dining out, utilities, etc. Print out your spending by category each quarter and at year-end.

Shortly after my oldest son graduated from college I made that suggestion. I didn’t want to see the report; he is accountable to himself. If you want to save you must understand and control spending.

A year later he was shocked at how much money he wasted. The difference between needs and wants became very clear. He quickly figured out which expenses he could reduce to reallocate money to savings. Over the next couple of years he saved enough money for a nice down payment on a home.

A personal tip. Jo and I still do this today. The first time I printed our spending report she was concerned the conversation would turn into an argument where each of us told the other where they had to cut spending. Don’t do it! It works better if you look for ways you can cut your spending. It’s self-correcting when you are working together on a common goal.

Where do I start saving?

Don’t count on any government pension in your projections. If they exist 40 years from now, consider them as a bonus. Because of costs, governments everywhere are going to follow the path taken by most of private industry. The senior employees pensions were grandfathered in, and the younger people were set up with a 401(k) type program. The burden of providing funds for your retirement depends on YOU.

Start with a 401(k) program if it’s available. Start here before paying down debt. Many 401(k) programs have employer-matching provisions. I recently saw one where the employer matches the employee contribution up to 6% of their salary. What other investment guarantees you will double your money on the first day?

For those who are contract employees or self-employed, contact a qualified pension expert and set up your own pension plan like a SEP-IRA. Many have higher contribution limits, and contributions may be tax-deductible. Some people not only save on income taxes but they also save another 15% for both halves of Medicare and Social Security. Take advantage of all incentives to save.

If you earn over the Social Security maximum (currently $118,500), do not take a higher paycheck for the remainder of the year. Instead, ask your payroll department to increase your 401(k) contribution so your take home pay remains the same.

If you get a raise, automatically increase your contribution. Increase your take-home pay by half the raise; save the other half. Your goal is to work your way up to making the maximum allowed 401(k) contribution.

Pay yourself first and learn to live on the rest. That advice has transcended generations and still works today. Start your saving habits when you are young and you will be wealthy before you know it. Learn to live BELOW your means.

Don’t take any early withdrawals. A young friend told me he and his wife totaled all their debts and the number was scary. If he withdrew his 401(k) funds (after the government imposed early-withdrawal penalty) they could be debt-free. It would eliminate a lot of stress.

I suggested he run the numbers comparing the compound interest on his current nest egg to retirement, versus paying off debt and rebuilding his 401(k) back from zero. He was astounded! He cut back his savings by 10% and left the 401(k) funds in the account. The magic of compound interest, even at today’s low rates, is amazing. Don’t mess with your retirement savings!

Prioritize your debts. Renting other people’s money (borrowing), even at today’s low rates, is expensive. Start with paying off your high interest credit cards. Fight the urge to go buy something else when the balance comes down. Instead, cut them up, and lower the credit limit on others.

Use credit cards that give you the best cash back rewards. There are many websites that keep up to date with the best offerings. Let your rewards build up and use them for holiday gift giving.

Don’t buy a new car! You don’t need a shiny new automobile even if the payments are low and can be financed over 7 years. Edmunds provides us with a handy tool. If you bought a new Nissan for $29,873, here is how quickly it depreciates:

At the end of four years you lose 52% of your money in depreciation that can never be recovered. Be a good shopper. Buy a good 3-4 year old vehicle where someone else has already paid the biggest portion of depreciation. All cars depreciate; however reallocating depreciation costs to reduce credit card debt is a no-brainer!

All assets are not equal. When I started keeping track of my expenses, I set up an ASSET category. If I bought a new television, I would code it to the asset category. When we remodeled the kitchen it also was coded an asset.

Remodeling the kitchen actually added value to the house, it appreciated in value.

Assets that depreciate are expensive, particularly when you get the urge to replace them. Cars, computers, I-Pads, cell phones and 3-D (or 4K) televisions are not cheap. In many cases they work well but become obsolete due to new technology. Who doesn’t want to watch the Super Bowl on a giant screen television with a picture that will impress all your friends?

Do I really NEED to replace my smart phone each time the contract expires? Is it really worth $300 to get a new phone with a few more pixels on the camera when the old one works just fine? If you can’t fit all your clothes into the closet, do you really NEED a bigger closet?

Don’t count on a house to appreciate. Buy what you need today (and a few years down the road) in a good neighborhood that holds it’s housing values. In a few years, if you sell it for a profit – consider yourself lucky!

We bought a nice used home here in Arizona. We have friends with the identical model. They were the first owners and bought just before the housing crash. We paid 43% less than they paid when they bought it new. Appreciation is not guaranteed, no matter where the community is located.

Young people don’t have to be misers; they can still spend money and enjoy life. Steven H. is well ahead of most by recognizing the need to get serious about saving.

When Steven reaches the age of his grandparents he will know people who made good money; yet they are broke. He will know others who are comfortable because they planned for the future.

Contrary to current political rhetoric, savers are not rich and greedy; they just made different choices.

It’s never too late to get started. Non-savers can choose to change their behavior. A common complaint among retirees is they wish they started younger. Steven, I say to you what I tell all young people, the choice is yours!

You don’t need the fancy edition of Quicken for budgeting and keeping track of expenses. HERE is all you probably need. This is one Christmas gift with the potential to keep on giving for decades.

If you purchase through this Amazon LINK, your cost is the same and we receive a small stipend. This helps us offset some of our cost and keep our website FREE. And thank you to all of our readers who do so to help us out.

I want to thank all of you who purchased our Miller “On the Money” Annuity Guide. Please take a few minutes and provide feedback. The most powerful marketing tool we have is testimonials from our readers.

It’s hard to believe it’s already October. My highlighted calendar date is the last week when I have my first cataract surgery. My friends tell me my favorite song will be the Johnny Nash (not Cash) hit, “I Can See Clearly Now.” Boy I sure hope so!