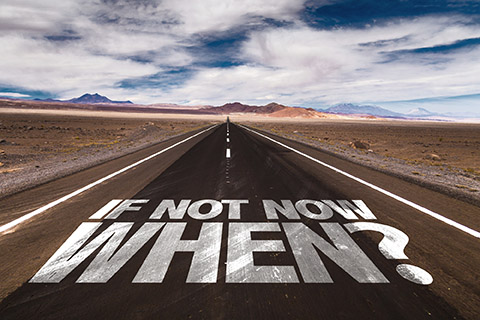 My grandfather was a WWII Army Sargent, an uneducated farmer with a Ph.D. in common sense. One of the lessons he preached; the longer you ignore a problem, the more it will grow.

This Schiff Gold article confirms my grandfather’s thinking: (Emphasis mine)

“During a webinar sponsored by the Economic Club of Washington DC, Powell said the economy can handle the current debt load. But he did warn that the long-term trajectory of the US budget is unsustainable.

Powell said the US government will eventually have to ‘get back to a sustainable path.’

‘That is something that is best done in very good times when the economy is at full employment and when taxes are rolling in. This is not the time to prioritize than concern.’

…. Newsflash – this will never happen.

Of one thing you can be certain – politicians will always find a reason to borrow and spend money.

Many feel we are past the point of no return. Business Insider warns:

“(Michael)Burry has been sounding the alarm on inflation. He warned investors last week to “prepare for inflation” as the US economy reopens and receives a fresh round of stimulus. He also compared America’s current trajectory to Germany’s path to hyperinflation in the 1920s.”

Stop with the BS…

Fed heads have been feeding us BS for generations. Consider this 2005 quote from Alan Greenspan:

“So that the question is: would there be any advantage, at this particular stage, in going back to the gold standard? And the answer is: I don’t think so, because we’re acting as though we were there. So, I think central banking, I believe, has learned the dangers of fiat money, and I think, as a consequence of that, we’ve behaved as though there are, indeed, real reserves underneath the system.”

Mr. Powell carries the Fed’s BS torch with honors. The Fed enables reckless government spending; creating trillions of dollars, backed by nothing but political promises to be paid by future generations. Enough is enough!

On one issue we agree. The current level of spending and debt is unsustainable and needs to be fixed. That’s it!

Waiting for good economic times, anticipating politicians will reign in spending and pay down debt is foolhardy.

You can kick the can down the road, blame the political class, and blow smoke. Might that smoke be intended to obscure the biggest part of the problem?

Alan Greenspan used the term “irrational exuberance” when discussing the dot-com bubble. It was a clear warning, the stock market was inflated, the bubble would pop and a lot of investors would be hurt.

Comparing the bubble of the 1990s to the current government-induced bubble is like comparing a bb to a basketball.

Government debt has increased almost tenfold since 1990, we just topped $28 trillion with no end in sight. 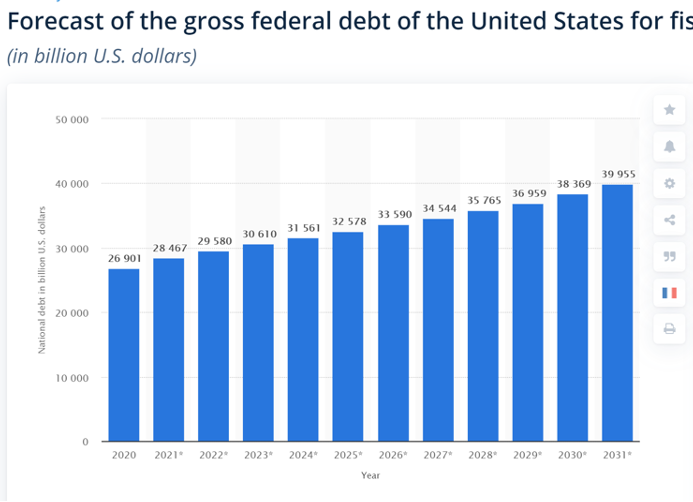 We were told the 2008 emergency bailout was a one-time event.

Wall Street on Parade (WSOP) says a lot of the money is going into the stock market. Their article, “Margin Debt Has Exploded by 49 Percent in One Year to $814 Billion. The Actual Figure May be in the Trillions. Here’s Why“, calls BS on Mr. Powell’s 60 minutes interview:

The exchange between Powell and 60 Minutes host, Scott Pelley, went as follows:

Pelley: “The securities industry has reported that $814 billion has been borrowed by people investing in the stock market, borrowed against their portfolios. That’s a 49 percent increase over last year.

Powell: “That sounds like margin debt. I don’t know that statistic. I really can’t react to that statistic. I would say the main thing that we do is we make sure that the financial institutions that we regulate and supervise understand the risks that they’re running, manage them well, have lots of capital, lots of liquidity, and highly evolved risk management systems so that they do understand the risks they’re running and have plans to deal with them.”

One good reason that Powell may have wanted to dodge this issue of margin debt is that he knows very well from his days as a Wall Street insider that the $814 billion margin debt figure cited by Pelley is just the tip of the iceberg.

…. But as Powell well knows, and the public is just learning through the recent implosion of the family office hedge fund, Archegos Capital Management, Wall Street’s largest banks are not actually reporting all margin debt that is fueling the sharp rise in stock prices.”

WSOP cites this research. I highlighted the sentence that concerns me.

“The company, FINTRX, calls itself the “preeminent Family Office data and research solution.” According to the firm, there are “3,000 unique Family Offices globally.

So far, just one has blown up this year in the U.S., creating billions of dollars in losses at Fed-regulated banks.”

Who is buying stocks with borrowed money, pumping up the market, hoping to sell to a bigger sucker down the road?

Individuals are margined to the tune of $814 billion. The brokerage firms don’t want to reign in the margin, they charge high interest to lend their clients the money.

“In 1929 only 2.5% of Americans owned stocks…today 55% of Americans own stocks, and if there is a stock crash, there will be pain and misery all around and about…. Especially if a ton of these Americans have their stocks leveraged with debt….”

Investment banks. Would the biggest margin culprit be the Wall Street banks/casino investment houses that own the Federal Reserve?

“One other metric that suggests this unreported margin debt debacle may come back to haunt Jerome Powell’s dunno nuttin’ about margin debt nonsensical statement on 60 Minutes is the OCC report showing that JPMorgan Chase was carrying $2.65 trillion in stock derivatives as of December 31, 2020.”

In 2018 Trustnodes told us: (with my highlights)

“JP Morgan, Goldman Sachs, Bank of America and Citibank account for some 90% of $203 trillion in derivative holdings out of all 1,357 insured U.S. commercial banks according to a report by the Office of the Comptroller of the Currency (OCC) which oversees banks.”

The largest shareholders of the NY Fed are JP Morgan, Goldman Sachs, Citigroup, and Bank of New York Mellon. Bank of America is a shareholder in the Richmond Fed.

The system allows the Fed to enable the banks to make risky bets. When they win, they make billions; when they lose, the taxpayers are stuck with the losses.

Mr. Powell says the path is unsustainable but says to do nothing now; continuing the big bank gravy train; knowing they are backstopped by the US taxpayer.

Prior to the repeal of the Glass-Steagall Act, FDIC-insured banks were separated from brokerage and investment houses. Since the Great Depression, the system worked well. The FDIC-insured banks protected the citizens, not poorly managed banks.

Hunker down; hope for the best, prepare for the worst.

Keep your house in order, cinch up your seatbelt and prepare to minimize the damages….

Last week readers liked the photos of the AZ flowers so here are some more, shot locally:

Last weekend I celebrated my 81st birthday. It was exactly two years ago that I began radiation and chemotherapy for tongue cancer which had moved into my lymph nodes. While the current scan shows no cancer, the after-effects of the treatment will remain for the duration.

As I look back, I feel very lucky. I’m able to do most everything I want to do, can still travel and enjoy my family and friends. Eating presents its challenges; I will never again be able to chomp down on a burger or pizza, but the 40# weight loss is probably a good thing.

A reader sent me a new aging chart. I added some personal comments:

Antique – 60 to 70 (Are you kidding me? Jo and I were living the life, traveling the country in our motor home.)

Recyclable – over 90 (With each decade, I think old people are always older than I am.)

Bob Hope and George Burns showed the way; they worked, laughed and lived until they died.

If you enjoy these quotes, I have a Miller on the Money Facebook page. Follow us and you will see one post per day – a quote.

Some aging humor is appropriate: