Should Americans care if the International Monetary Fund allowed China into the Club? 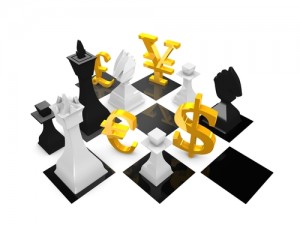 Recently the International Monetary Fund (IMF) approved the Renminbi into their exclusive club of currencies that make up their Special Drawing Rights (SDR’s). I knew it was coming. The next email I opened reminded me why.

Each morning I read The Daily Pfennig, written by good friend Chuck Butler. He is excellent at taking major world events and explaining them in terms I can understand. He got my attention:

“I wonder how many people in that room at the Orlando Money Show in February 2010, remember me telling them this would all change for the renminbi by the end of the decade?”

I raised my hand, I was there and Chuck pegged it!

My inbox is chock-full of articles suggesting investors take various courses of action. Whoa! Hang on! I’d rather start by interviewing the man who called it back in 2010. Fortunately Chuck agreed to an interview to help us understand what this event means for investors.

DENNIS: Chuck, I appreciate you taking time to help us out. I’d like to get right to it. You mention that the basket sets up a weighting for the major currencies and the renminbi would be allocated 10.92%. Can you explain to our readers what this means?

CHUCK: Dennis, thanks for all you do for everyone, and thanks for this opportunity to explain how this will all take place – in my opinion, of course!

Basically what you have is a basket of currencies that all had weightings assigned to them. Those weightings tell Central Banks, (the only legal buyers of SDR’s), just how much of each currency that makes up a SDR (dollars, yen, euros, sterling and now renminbi) that they would have to purchase. If a Central Bank had $10 million to deposit with the IMF, they would then buy $10 million worth of SDR’s. The weightings are pre-established, so the amount of each currency is calculated and purchased.

The difference comes from SDR’s currently being held by Central Banks. They now have to sell a specified amount of each currency and buy a specified amount of renminbi. This will lead to large trades being done. The good news for the currencies being sold is it will take place over 5 years. So it’s not like everyone heading to the exit door at the same time.

DENNIS: I am reading about the possibility of trillions of dollars in US debt being sold off. That is a lot of money. Right now the dollar has been rising. With the five-year implementation phase, do you see dollars flooding the market in the near term?

CHUCK: Well, like I said, we most likely wouldn’t see huge moves in the currencies…

This is going to be a challenge for central bankers throughout the world. When they buy renminbi they will sell from the other currencies in their basket. If they flood the market with any single currency, that currency will lose buying power.

Remember the old saying, “If you owe the bank $1,000 and can’t pay, you are in trouble. If you owe them $10 million, the bank’s in trouble”. Right now a great portion of central banks reserves throughout the world are held in US treasury debt. In my opinion, it’s in the best interest of central bankers to take their time, maintain an orderly market and some sort of parity between the currency values.

But…that’s not to say that we couldn’t see it either! Once Central Banks begin to adjust their holdings of the currencies, there’s no telling when they will pull the trigger, and they could, in theory, place huge pressures on the currencies they are selling, and the renminbi they are buying.

DENNIS: While it is still early, one guru recently said this has the potential to be the single greatest investment opportunity of his career. Another implied that it will be inflationary and you should buy gold now while it is on sale. This is a marketing dream for a lot of investment publications.

There was tremendous hype after the TARP bill was passed, predicting high inflation right around the corner, invest now and get rich. Seven years later the inflation has yet to appear and a lot of investors got hurt. Could this be verse 2 of the same song?

Chuck what do you see happening? Can you put things in proper perspective for us please?

CHUCK: Yes, I would love to Dennis!

First of all, the stimulus in the past 6 years hasn’t really gone into the economy. That’s why we haven’t seen the inflation that was forecast from all the money printing of QE, and the accommodating rates of zero percent. You see, the money went to the banks to shore up their balance sheet, and while it was on deposit at the Fed, it earned interest.

Banks that were raked over the coals 6 years ago for their participation in the subprime mortgage meltdown were given huge sums of cash. Now they could choose to stick their toe back in the lending water, or just keep the money on deposit at the Fed and earn some interest without the lending risk…What would you do?

So, the money never got “into the economy”, never triggered the velocity of money to kick in, and therefore we never saw the inflation that would have happened, IF, things would have been done differently.

So…My thought on all this is simple…I’ve been associated with banks for a very long time, and I know that they live and breathe on “net interest margin”; the difference between what they pay for deposits and what they charge for loans…Eventually, banks will get back to lending to the public and we could very well see the higher inflation rates that the Fed keeps telling us are coming.

You mentioned the talk at the 2010 Orlando Money Show. You may recall I showed the audience how the Chinese were going to eventually remove the dollar from the terms of transactions in trade, thus, removing the need of Central Banks around the world to hold large sums of dollars. And that’s exactly what has happened in the last 5 years.

China continues to sign what they call currency swap agreements with countries they trade with and remove the dollar from the terms of transaction. No dollars, and no need for dollars – which is one of the key responsibilities for the reserve currency of the world.

Foreign ownership of Treasury bonds has seen quite a swing in the past year, and a lot of that has to do with the fact that Treasuries pay little or no yield. Plus they will eventually be paid in dollars, which will most likely be worth much less in the years to come.

So to say that “I know that inflation is going to be much higher next year” is simply a guess, and nothing more.

I’m sure some great investment opportunities will arise, as will some big failures. Some people believe that this move will be great for China and their economy will boom. There are a lot of people in China and the demand for goods and services many of us take for granted could be huge. At the same time, what happens if the US and European economies tank even more? Much of what China produces is exported, how much real growth will there be? No one knows for sure.

Politics also enters into the picture. There are times central banks make huge currency moves to “send a message”. Many times investors are caught by surprise when that happens. You can see a lot of variables, other than just the SDR’s, must be factored into the equation.

There is bound to be a lot of marketing hype trying to create a sense of urgency for people to pay a fee to hear what the guru sees on the investment horizon. If readers jump on the bandwagon, hope they choose their gurus wisely.

While I am not in the business of giving out investment advice, I do agree with your rule that no one should invest in something they are not comfortable with and do not clearly understand. My conservative nature is to maximize my probabilities for success. That may mean letting things play out a bit, even if I have to forego some profit I could have made by taking a larger risk and being in first. Invest in what you know and understand. If you are really worried about inflation, gold and silver (not mining stocks) is a good place to start.

DENNIS: So the bottom line is Americans should care, be aware of what is going on, but be cautious.

CHUCK: That sums it up well.

DENNIS: Chuck, as always thank you very much for your time.

CHUCK: My pleasure, thank you.

So there you have it. The world will have less need for US dollars and things will change – over time.

I have sat in many analyst meetings discussing market changes and what to do. The question becomes, “Is the goal to make a call first, or get the call right?” I agree with Chuck, “Walk don’t run!” Let’s let things play out and see what happens.

We are heading out to be with the young grandchildren for the Christmas Holidays. Jo and I try to tune out all the news (particularly when elections are looming) during the holidays and focus on family and loved ones – what is really important.

Keeping with that theme, we will release one more newsletter before the end of the year – dealing with some fun family issues.

Friend Tom B. sent along a good reminder for all of us:

Life is like riding a bicycle. To keep your balance you must keep moving. – Albert Einstein