Interest Rates Are Rising, So Now What? 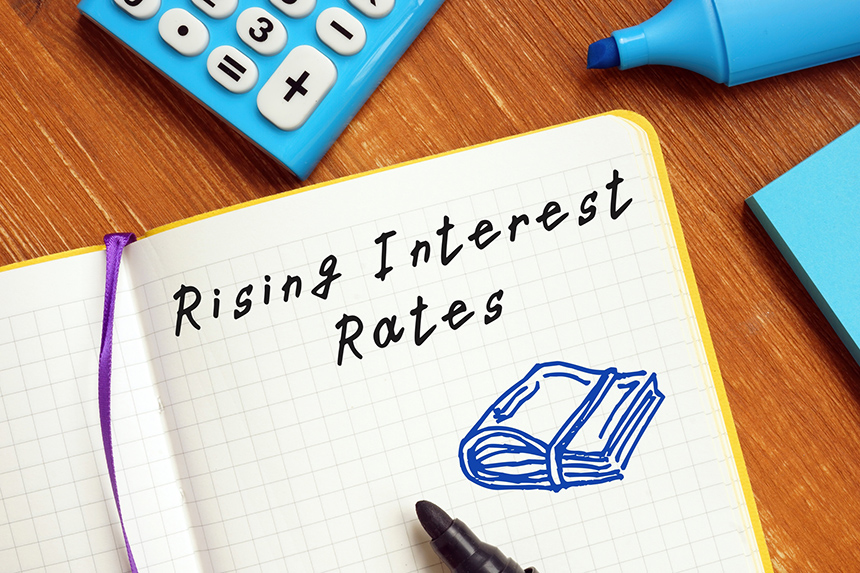 When the Fed bailed out the banks in 2008, interest rates dropped to historic lows. Many retirees were heavily invested in CDs and quality bonds earning a safe 6% interest, paying their bills, and enjoying their golden years.

Overnight, trillions in CDs and bonds were called in, savers lost a major portion of their anticipated income as interest rates dropped to historic lows.

We were reassured the bailouts were temporary, expect interest rates to quickly return to normal. So much for political promises, 14 years later interest rates are negative when adjusted for double-digit inflation. Seniors, savers and pension funds lost trillions in interest they anticipated.

Inflation skyrocketed, became the elephant in the room which could no longer be ignored during an election year. Reluctantly the Fed announced a 1/4% increase in rates, with the possibility of more to follow.

Many pundits, like Bill Bonner mocked the Fed’s approach:

“Is he kidding? A quarter point increase? That will bring the Fed’s key rate to about MINUS 7%. Is this ‘tightening?’ Of course not. Powell is not fighting inflation; he is enabling it.”

…. Now, if it were serious about fighting inflation, it would have to boost rates by as much as 1,000 basis points – 10% – to get ahead of rising prices. But even a smallish move in that direction will almost certainly crash the stock market and the economy.”

We’ve discussed the stock market, but what about the bond market? Should savers be hoping interest rates go back to the 6% “normal” rates of yesteryear?

The interest rates on corporate bonds have turned north, and the Fed announced more rate hikes are in the future.

As interest rates rise, the price of existing bonds drop – if you want to sell it. If you hold a bond to maturity, you will receive a lower than current market interest rate, until it is redeemed.

For years, expert Chuck Butler and I have told readers NOT to buy bonds. Interest rates are well below inflation; they are guaranteed money losers.

Now, some are now worried about a “liquidity crisis” in the bond market.

The CFA Institute tells us: (Emphasis mine)

DENNIS: Chuck, we told readers NOT to buy bonds, anticipating the day when the Fed would be forced to deal with inflation by raising interest rates, and stop buying government/corporate bonds.

It looks like a liquidity crisis applies to those who want to sell bonds before maturity. While there may be a market, a “drastic change in the asset’s price” is the caveat.

Who’s crisis is it? Shouldn’t bondholders expect to sell at a loss?

CHUCK: Thanks again for the opportunity to opine, Dennis.

The crisis will be for the folks that didn’t heed our warnings and bought negative yielding bonds while inflation keeps rising. I told people that the Fed keeps saying they will hike rates. So why would you lock in a yield at, say 1.5%, or less, particularly for several years? Yields will be going higher to combat inflation.

Bond holders are a lot more than just moms and pops… Pension plans, insurance companies, town governments, etc. All MUST buy bonds because of their bylaws…

And here’s their dilemma… how will they achieve their stated returns of, say, 7%, when they are stuck with bonds yielding less than 2%?

They will have to sell their bonds in an illiquid market at HUGE losses to buy newer bonds with higher yields….

DENNIS: Why wouldn’t they just hold the bonds to maturity? When we bought CDs, we never tried to resell them, we just accepted the interest we bargained for when we bought them.

CHUCK: Holding them to maturity means having lower yielding bonds on your books for the life of the bond… If you can deal with that, fine… But most institutional bond holders have “return requirements “… and holding a low-yielding bond for 10 years is NOT in their playbooks.

Individual investors will likely hold them. Pension plans, etc. will walk a tightrope, trying not to take losses as they buy bonds with higher interest rates. If they have bonds with short term maturity, they may hold them.

DENNIS: We both doubt the Fed is serious about fighting inflation. The minute their casino bank owners start to feel the pinch, they would back off. Assume Powell does follow with more increases, and/or even raises the rates by 1/4% or more. What kind of effect should we expect for the bond market?

CHUCK: The bond market used to be called the bond boys… and there were “bond vigilantes” …. that would put their weight behind making the Fed react to higher yields that they had created. The Fed had to offer higher interest to sell their bonds in the market. With QE, the Fed stifled free market interest rates and became the largest bond buyers at the auction. Effectively they put the bond boys out of business….

Now the Fed are the Bond Boys… So, is the Fed going to buy these bonds at losses from investors? The market knows the Fed came to the aid of the casino banks by buying up their toxic bonds and mortgages – sticking taxpayers with the losses… I doubt seriously that the Fed will take your bonds off your hands because, well you’re not a casino bank….

I think this is a good time to explain bond pricing… Bond prices and bond yields move in opposite directions… when bonds get issued the price of 100 is equal to the stated yield…. As time goes on, if yields rise, then the price of the bonds go down below 100. And vice versa when yields decline, then the price of bonds rise….

In this current environment yields are rising, and bond prices are declining. It’s likely to get messy.

DENNIS: My son asked a good question. There are funds that set a retirement date, say 2030. They adjust between stock and bond funds as you get closer to your retirement date.

I know others who have bought into bond funds, dealing in higher risk bonds, trying to get more income.

While our readers might hold an individual bond until maturity, bond funds are different. What advice do you give readers who might have a significant part of their portfolio in a “fixed income” fund? My fear is their brokers are telling them not to sell.

CHUCK: Unlike pension funds and insurance companies, bond fund managers must deal with client redemptions. They may be FORCED TO SELL some of their holdings to meet these redemptions at the WORST POSSIBLE TIME.

At the same time, many corporations may be unable to roll over maturing debt and default on repayment. There will be losses – and they could be “drastic”.

Following their brokers advice and staying invested in these funds could destroy retirement at the anticipated retirement date. Dennis, it’s downright scary…

DENNIS: Might there be a point where a “drastic change in the asset’s price” is a time to buy?

CHUCK: I was once a bond trader… so I’m very comfortable discussing bonds… There is a time to buy bonds and a time to wait. This is obviously a time to wait. When inflation is brought to its knees, the Fed signals that they will not be hiking rates further – and the zombie corporations have defaulted on their debt – that will be the time to buy bonds again… You don’t have to time the market perfectly to make a good profit.

DENNIS: One final question. As you explained, at bond auctions the Fed jumped in and bought, not allowing interest rates to rise in a free market.

What would cause a liquidity crisis? Would it be announcing a rate increase, or might it just happen in the market?

CHUCK: There’s not a liquidity crisis until there is one…. Would be sellers with low yield bonds will call their broker and ask for a price to sell it… and be told…. No offer available…. Or, I once had a client say, “At that price, I’m giving it away!” Yep, that is correct.

The public is demanding the Fed calm inflation… Hiking rates and not interfering with free market bond auctions will do that.

Treasuries and corporations will issue new bonds….and if the Bond Boys have any gumption left in them… they will begin marking existing bond yield higher…

Dennis, thanks again for the opportunity to opine for your readers. I know this is a lot to take in, but it must be done. The market will return to normal if the government doesn’t interfere, but it will be a painful process.

Dennis here. Today the government is interfering with free-market capitalism. Once we get through the “painful process”, it would be nice to see 5-6% interest paid by quality borrowers. Baby boomers and retirees would sleep well.

Our month in Indiana is coming to an end. I’d hoped to see nice spring weather, flowers blooming and plenty of sunshine. Unfortunately, the weather Gods have not cooperated. Lots of gloomy days, wind and cold. We have gone to the grandson’s sporting events bundled up in heavy winter coats, knit caps, gloves and a blanket.

As we are preparing to leave the weather forecast is improving. We plan on returning in early summer and looking forward to it.

The only blooms we saw consistently were dogwood trees. They are everywhere and several parkways are lined with trees, which is pretty when the sun is out. I took this photo in beautiful, New Harmony, IN – Jo’s hometown.

New Harmony has an interesting history. It was settled by the Harmonists, hoping to establish a “utopian” society. It was an early attempt at socialism and a failure. Much of the history is still there and is worth a visit.

Despite all the negative issues going on, I am still a believer in American ingenuity and spirit. We will survive and thrive again. 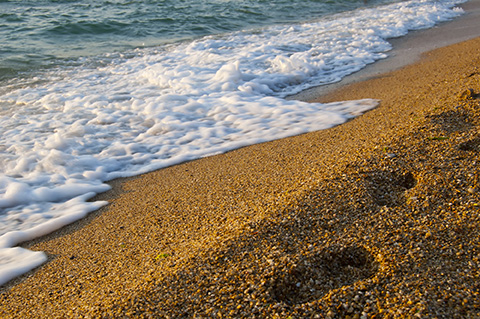 “You must not lose faith in humanity. Humanity is an ocean: If a few drops of the ocean are dirty, the ocean does not become dirty.”

This week’s humor is provided by my wife, Jo: