Is Capitalism Destroying the American Economy? 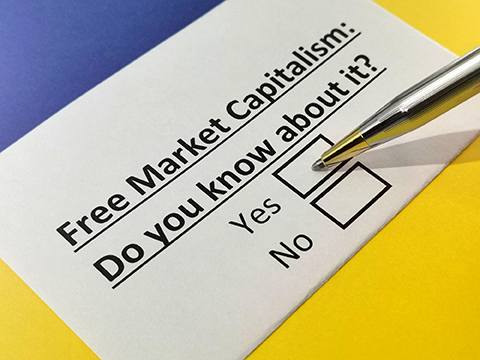 The Fed has begun the battle against double-digit inflation. CNBC reports they are raising interest rates (very slowly) and announced:

“Officials “generally agreed” that a maximum of $60 billion in Treasuries and $35 billion in mortgage-backed securities would be allowed to roll off, phased in over three months and likely starting in May.”

“While officials did not make any formal votes, the minutes indicated that members agreed the process could start in May.

Whether the runoff will actually hit $95 billion, however, is still in question.”

“…. Now, if (the Fed) were serious about fighting inflation, it would have to boost rates by as much as 1,000 basis points – 10% – to get ahead of rising prices. But even a smallish move in that direction will almost certainly crash the stock market and the economy.”

But how about the inflation part? The printing presses would have to go wild. Furthermore, enormous inflation would almost surely wreck the country. …. So inflate or die would have serious (most likely disastrous) consequences.”

The printing presses did go wild! At this point, taming inflation “will almost certainly crash the stock market and the economy”. Continuing to ignore inflation will “almost surely wreck the country.” The Fed must choose between a major stock market correction (depression perhaps?) or destroying the value of the USD. If they are not careful, they could do both.

Expect the political class to attempt to use the economic crisis to their advantage, foster their political agenda and grow their power. Blame will be placed on everyone but themselves (Trump, Russia, their political opposition, CAPITALISM, you name it.). Vote for them…. like Mighty Mouse they will save the day.

The government created this economic calamity and want to con the public into thinking they will fix it. The Fed creates the illusion they can flip a couple switches and our economy will be fine. Don’t buy it! There are challenging times ahead.

What is Free Market Capitalism?

“A capitalist economy and a free-market economy are two types of economic systems:

“A free market is a system in which the prices for goods and services are self-regulated by buyers and sellers negotiating in an open market without market coercions.

In a free market, the laws and forces of supply and demand are free from any intervention by a government or other authority other than those interventions which are made to prohibit market coercions.

Examples of such prohibited market coercions include economic privilege, monopolies, and artificial scarcities.”

Capitalism is based on individual ownership of property and business (as opposed to government- think Amtrak or the post office – ugh!). The market prices are based on the law of supply and demand.

Competition is what makes capitalism work. It incentivizes businesses to better serve their customers, innovate, and keeps prices competitive. It rewards those who are successful and punishes those who are not.

Capitalism contributed to the growth of the US into an economic superpower. When government or businesses try to manipulate or coerce the law of supply and demand for their personal benefit, things get messy. 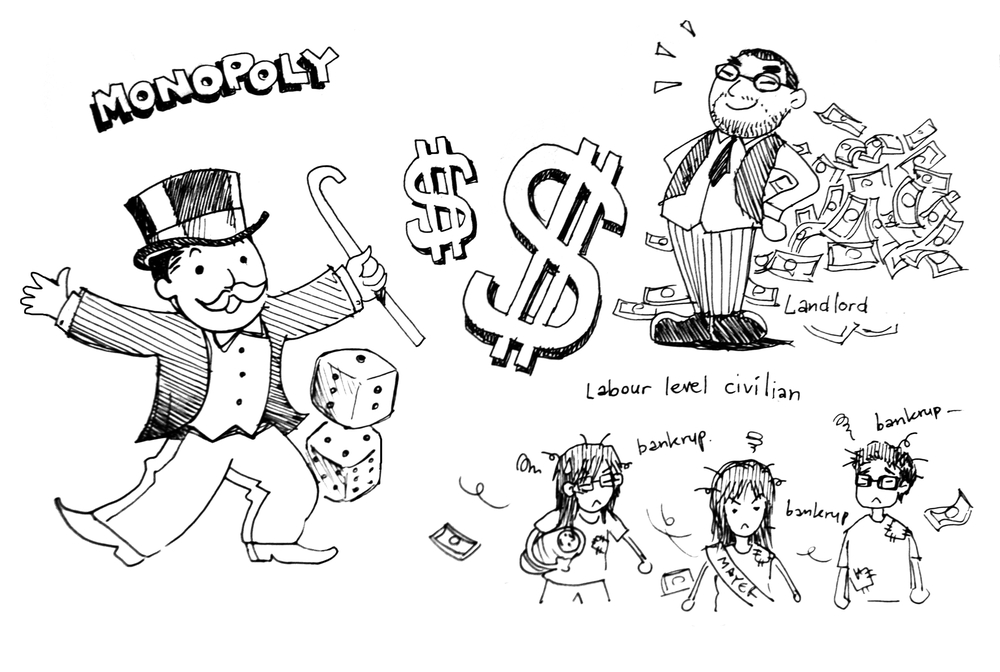 One of the more common types of manipulation is monopolies. Businesses get so large; they destroy their competition and dominate the market. They no longer have realistic price competition.

AT&T had a monopoly until 1984, when it was broken up. Now we have several phone companies vying for our business. The first time I heard an agent say, “Thank you for using AT&T,” I was furious! For decades I was forced to do business with them, and they never thanked me.

Several years ago, one of my clients promoted a European executive to manage their US sales operations. After a late-night dinner, he said, “Miller you Americans are so inefficient.” I queried… “In Europe we meet with our competition, set prices and divide up the market, that way everyone makes money.”

I explained that he would go to jail if he got caught doing that in the US. He struggled; never in his career had he learned how to sell in a truly competitive, free market. There’s no EASY button in an honest competitive marketplace.

Capitalism works well until competition becomes limited and big companies dominate. When the government breaks up monopolies, it creates competition and is generally good for the consumer.

Government intervention can also be harmful. When the Federal Reserve bailed out the banks in 2008, they destroyed free-market interest rates, and continue to do so. This created a huge stock market bubble, while harming the public. 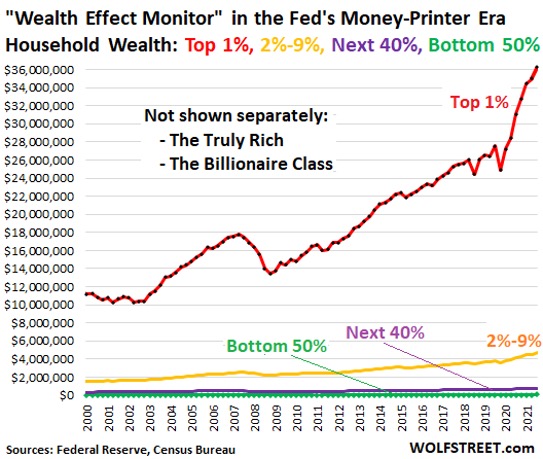 The government allowed the Fed to destroy the Treasury market by becoming the largest buyer of bonds, suppressing interest rates, and robbing the wealth of the middle class. Inflation is rising faster than wages; the disparity between rich and poor is growing rapidly.

Many politicians will scream “capitalism doesn’t work”…while promoting socialism. They want to raise taxes, redistribute wealth and be in charge.

Capitalism is not the problem

“Economic privilege, monopolies and artificial scarcities” exist today because the government allows it. John Mauldin’s article, “Financialized Everything” outlines how the political class allows this to happen – for their personal gain.

“One way they do that is to borrow…cheap capital and simply buy competitors…. This lets them raise prices and expand profit margins.

…. This was once more difficult because the government tried to prevent ‘anticompetitive’ business combinations. The 1890 Sherman Antitrust Act gave it that power and Washington wielded it aggressively for many decades. …. More recently it forced Microsoft to open its operating system to alternative web browsers.

…. I think the Microsoft case had deeper effects…. A deep-pocketed industry began seeing government as a barrier and started investing some of its abundant capital in political influence. It worked, too. …. This spilled over to other industries.

The result was what I called Capitalism without Competition…. Quoting my friend Jonathan Tepper’s book:

”Free to Choose’ sounds great. Yet Americans are not free to choose.

…. Joe Lonsdale wrote…that Amazon’s cloud service business plus its advertising business is extraordinarily profitable and lets their online product sales operate a multibillion-dollar loss. No new competitors can afford to complete with someone willing to lose billions of dollars to maintain market share.”

“Pricing below your own costs is not a violation of the law unless it is part of a strategy to eliminate competitors, and when that strategy has a dangerous probability of creating a monopoly for the discounting firm so that it can raise prices….”

As John Mauldin said, “A deep-pocketed industry…started investing some of its abundant capital in political influence.” This has created “crony capitalism”.

The University of Chicago explains: 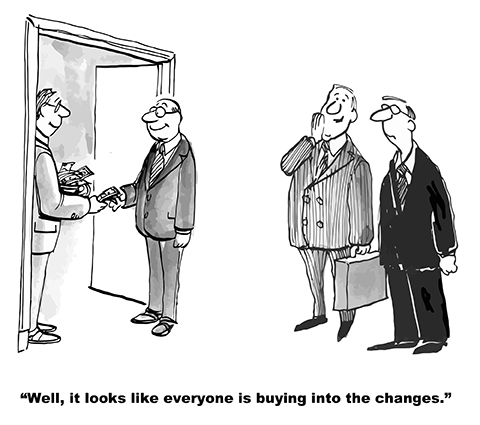 “Crony capitalism is a term describing an economy in which success in business depends on close relationships between business people and government officials.”

Don’t buy the argument, “Capitalism doesn’t work”. Right now, the political class is more concerned about reaping the rewards of “political influence” than doing their job! What happened to “interventions which are made to prohibit market coercions?”

There is a reason most Americans favor congressional term limits….

I want to thank our friend Chuck Butler for his time last week discussing the bond market. Chuck writes a free publication, The Daily Pfennig, which I highly recommend. It is the first thing I look for in my inbox every morning.

I am not a graduate economist, nor did I spend the night in a Holiday Inn. Chuck is a good friend and a great mentor. I lean on him a good bit when I get into economics like I did this week. Many times, he has guided me along, helping me understand the nuances of what is going on. On behalf of all our readers, Chuck, thanks again for all you do.

Our last week in Indiana was fraught with tough spring weather. Three baseball games and a track meet were canceled. On Wednesday night we went to our daughter Holly’s house, tornado warnings were blaring on the TV. Fortunately, we didn’t need to head to the basement.

I experienced something for the first time. I heard thunder roll for almost a minute straight, while the windows shook. Never heard it run that long. When we left, the storms were south of us, and the lightning stretched for miles across the sky. It was far enough away that we did not hear the thunder that followed. I had forgotten just how severe midwestern storms can be.

Quote of the Week…. 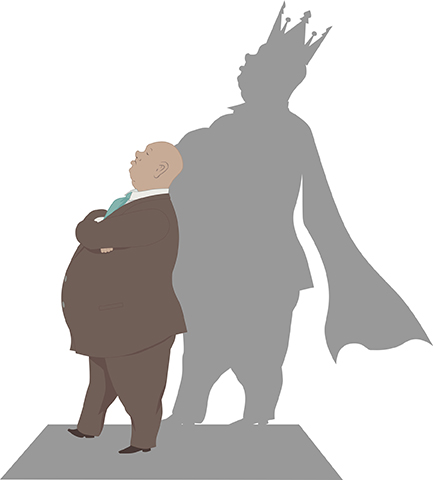 “We are grateful to the Washington Post, the New York Times, Time Magazine and other great publications whose directors have attended our meetings and respected their promises of discretion for almost 40 years…. It would have been impossible for us to develop our plan for the world if we had been subjected to the lights of publicity during those years.

But the world is more sophisticated and prepared to march towards a world government. The super-national sovereignty of an intellectual elite and world bankers is surely preferable to the national auto-determination practiced in past centuries.” — David Rockefeller