Is Filing For Bankruptcy Right For You? 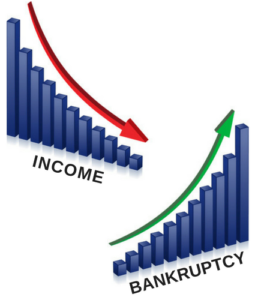 “For a rapidly growing share of older Americans, traditional ideas about life in retirement are being upended by a dismal reality: bankruptcy.

…. Driving the surge …. is a three-decade shift of financial risk from government and employers to individuals, who are bearing an ever-greater responsibility for their own financial well-being as the social safety net shrinks.”

While the NYT is noted for wrapping selective facts inside an article pushing a political ideology, the study appears well-researched. Look at the source data and form your own conclusions.

How bad is the problem?

The study shows triple-digit gains in bankruptcy for those over 55: 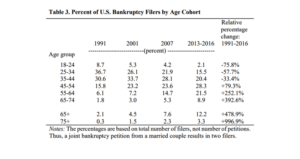 “The number of senior households filing bankruptcy is not negligible. With 800,000 household filings annually, approximately 97,600 (12.2 percent) of those are households headed by seniors. The drivers of these bankruptcies were reported by our respondents. The most pressing was inadequate retirement and employment income. (Emphasis mine)”

“(Fed Chairman) Bernanke openly acknowledges that his low interest-rate policy is designed to get savers and investors to take more chances with riskier investments. The fact that this is precisely the wrong thing for retirees and savers seems to be lost in their pursuit of market and economic gains.” (Emphasis mine)

The CBP weighs in:

“While many Americans confront these risk shifts, they profoundly affect older people….

…. With the 401(k)-style of savings, payout during retirement is not defined or predictable, employees bear all of the market risks, and returns depend on employees’ investment skills.” (Emphasis mine)

“…. to his detractors, Bernanke is guilty of waging a “war on savers”-fleecing people, especially retirees, of hundreds of billions of dollars that they could have earned in interest.

Certainly, it’s not the easiest time to live off interest income. The average rate on a savings account is less than 0.25 percent. Long-term certificates of deposit offer rates well below inflation and even a ten-year government bond yields less than two percent.”

…. It’s easy to understand why savers feel like collateral damage (Emphasis mine) in the Fed’s fight against recession, but too much sympathy for their plight is dangerous.”

Dr. Ron Paul recently took another look at the economic fallout in, “The Dollar Dilemma: Where To From Here?”

“…. It is true that the rich are getting richer and the middle class is being wiped out. (Emphasis mine) …. The seriousness of the problem, …. explains the anger and frustration the people feel.”

Wiping out the middle class and almost 100,000 bankruptcies in a single year is a heck of a lot of collateral damage!

The EBRI discusses how important Defined Contribution (DC) plans, like a 401(k), are for retiree confidence.

…. However, the data suggests many plan participants don’t know what to do with their DC plan assets at retirement.” (Emphasis Mine)

Here is what the New Yorker wants us to shut up about….

While Dr. Paul is correct, there is a lot of anger and frustration, it’s foolhardy to expect the government to fix anything.

What can WE do?

Two major factors affect us all. Even though they may not push us into bankruptcy, they should be understood and dealt with as best you can.

Debt is the enemy.

…. 71.6 percent either “very much” or “somewhat” agreed that they filed because of the stress of dealing with debt collectors. Collectors called their homes, their workplace, their families, and knocked on their doors.

“All things went up in price. Retirement never went up. Had a part-time job that was helping to meet monthly payments. House payment kept going up.” ….

“Mismanaged my retirement savings…. Tried to restructure my debts but creditors refused. Unable to find suitable employment to pay my credit cards.” …. 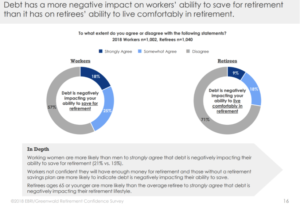 Dump the debt! Save your line of credit for real emergencies. Downsize and do what it takes to be debt free!

The debt rule is simple, “get out, stay out, and don’t ever come back!” I’ve never met anyone who lamented being debt free.

“Despite the widespread belief that Medicare meets health needs of older Americans, …. it is utterly inadequate. Out-of-pocket spending among older Americans with Medicare comprises about 20 percent of their income, and the estimated total of all noncovered medical expenses for a 65-year-old retired couple during their retirement years is $200,000….

…. Respondents were asked to list the single most important thing that they or their family members were unable to afford in the year before their bankruptcies. Over half of older filers (52 percent) who responded indicated that the single most important thing they had to forego was related to medical care-surgeries, doctor visits, prescriptions, dental care, and health/supplemental insurance. These responses continue to suggest that their health care coverage is inadequate.”

EBRI shows the public has little confidence in the government providing medical care, social security – or doing the right thing: 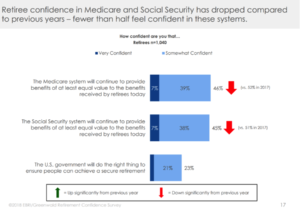 What is the solution?

The NYT and CBP pushed for government-provided funded health care for all.

I prefer to avoid partisan politics; the entire political class governs against the will of the majority.

When I was with Casey Research I spent countless hours researching government health care. I interviewed doctors who practiced worldwide. I spoke with experts and a member of Congress who was on the committee that drafted Obamacare.

Buy good insurance! Medicare by itself will not provide quality coverage. The old adage, “you get what you pay for” applies to insurance premiums also. Many who bought inexpensive coverage did not realize it was inadequate until it was too late.

Those filing for bankruptcy are the tip of the iceberg. No one wants to live out their golden years constantly worrying about money. Get out of debt, save your money, learn how to invest wisely and buy good insurance.

And most of all – don’t ever be bullied into shutting up by anyone pushing a political agenda, whatever it may be.

We’re headed back to the valley, our stay in the AZ mountains is ending. It’s a beautiful part of the world, I wish I had learned about it long ago.

Good friend Jeff C. encourages me to take plenty of photos. Lord knows, there are thousands of opportunities. We’ve explored and know what shots we would like to have and what time of day to shoot them. When locals speak of “monsoon season”, they are not kidding. I scheduled two afternoons for photos but the weather didn’t cooperate. The creeks move along quickly after a downpour.

We looked at a log cabin that was available next year. The above photo was taken from the front porch. How neat it would be to watch the sunrise every morning. It was a cool 6800′ but a bit too far from town. The long, dark winding road would be a challenge at night. 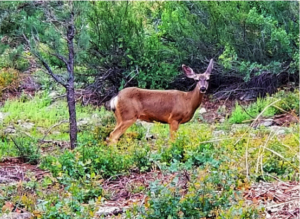 As we departed, Jo said, “STOP”. For a moment I thought something was wrong. Naah! …. she met a friend on the road. There were several deer happily grazing.

We found another spot on the mountaintop that looks west for miles. We hope to go back on a clear day as the sun sets.

I’ve been practicing night photography. One of the challenges is finding a truly dark location so there is no light pollution. On a clear night, there are probably some terrific photos from the top of the mountain.

As long as we are speaking about not shutting up… 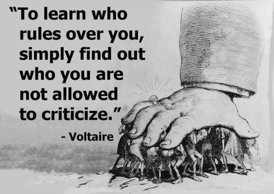