Is Investing In Foreign Currency Still A Good Idea? 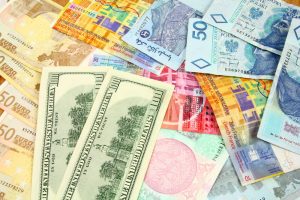 In 2008, I began investing in foreign currency. The Fed created trillions of dollars out of thin air, high inflation was sure to follow.

Let the Carter year inflation games begin. I was NOT going to allow the government to destroy our life savings. 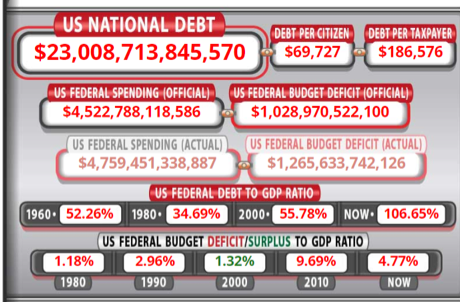 The investments were earning interest and dividends; we could be patient. Despite record government spending and the Fed creation of $4 trillion out of thin air, the anticipated inflation never came.

Inflation occurs when the world no longer wants to hold your currency and dumps it like a hot potato.

Argentina experienced horrendous inflation, destroying much of the wealth of the country. Despite paying double-digit interest rates, no one wanted Argentine money.

What about parity? Why didn’t investors leave the dollar when interest rates dropped and the Fed printed trillions?

The blue line is the US ten-year treasury rates. They dropped from around 7% in 2000 to below 2%. The red line is the interest rates for Switzerland and the green line is for Japan. The rest of the world offers zero to negative interest rates.

Investors did not flee the USD; it still offers a positive return.

Is foreign currency still a good hedge against inflation of the USD?

Our go-to expert and reader favorite is Chuck Butler, editor of The Daily Pfennig. Chuck agreed to help.

DENNIS: Chuck once again, on behalf of our readers, thank you for your time. Let’s get right to it.

The government is desperately trying to inflate their way out of debt, the nature of holding foreign currency has changed. While gold is considered the ultimate inflation hedge, it pays no interest. Investors have a lot of money tied up earning nothing (and paying storage fees), waiting for the event to happen.

Today, many countries have negative interest rates. They charge you to hold cash in their bank.

Do you feel holding foreign currency is still a good inflation hedge?

CHUCK: Dennis, thank you once again for allowing me to speak with your readers.

EverBank was purchased by TIAA Bank in 2018, however, the World Currency Desk that I created, is still operating. With that said, they do still offer foreign currency CDs.

Unfortunately, nearly all the countries of the world are either paying nothing, next to nothing or charging for deposits. The Swiss, Japanese, Eurozone, and Sweden all have negative deposit rates.

The CD’s at TIAA Bank in Swiss francs are not negative, they simply don’t pay anything, which means you own the currency simply as a hedge VS a weakening dollar.

There are a few different ways to own foreign currencies as a hedge against future dollar weakness. One is the CD’s mentioned above, or a plain deposit account that is liquid and is used more for short term holdings. There are ETFs, and Foreign stocks, and bonds. Over $13 Trillion in foreign Gov’t bonds are now being issued with negative yields, so bonds are pretty much out of the equation right now.

I’m not a fan of using ETFs.

Foreign currency is still a good hedge against USD inflation. You just have to go about it differently.

Foreign stocks are great for the savvy investor with the time and resources to look into the foreign companies. I don’t have that time or resource any longer, so I stick with the actual currency.

DENNIS: I know you have used the analogy of investing in a country to prioritize which currencies to hold. Has that changed?

CHUCK: NO… I still believe that you look at a currency as “the stock of the country”. Countries with good fundamentals will have good strong or strengthening currencies. Unfortunately, there are only a few countries these days with fundamentals that warrant owning their currency…

The countries right now with better than the average bear fundamentals are Russia, Brazil, Canada, Norway, and Singapore.

DENNIS: How are you advising readers to invest in foreign currency today?

CHUCK: When I began the foreign currency desk at EverBank, we began to hear from investors that wanted to buy D-marks (later euros), to fund their German gilder purchases… Now you can do this easily when you own the actual currency.

FDIC insured CDs from TIAA are a safe hedge. Dennis, I know you have money invested in foreign stocks that are paying dividends. Pick the right stocks and it’s also a great hedge.

I’m a true believer of the idea that a diversified investment portfolio reduces the overall risk to the portfolio. In addition to gold, when the dollar is strong, like the last 8 years, it’s the time to buy cheaper currencies, don’t wait for things to turn, which they will, but the timing is never known.

So, either the actual currency or the foreign stock, as long as you know what you are doing, would be my vehicles for currency diversification.

I’m not a believer in ETFs because you are generally unable to redeem your
shares for foreign currency and they also charge annual fees.

DENNIS: We both believed high inflation would already have happened. The Fed has reversed course and started more Quantitative Easing, cutting rates once again.

Former Fed chair Greenspan said he wouldn’t be surprised if yields on US bonds turned negative and it wouldn’t be that big of a deal.

Small yield allows pension funds to create the illusion of proper funding. Negative rates would destroy all pension funding projections – along with most everyone else’s retirement plan projections.

CHUCK: I really get a kick out of the idea that the Fed can create inflation… They can’t! Period!

If a central bank could create inflation with zero or negative deposit rates and negative-yielding bonds, then Japan would be the model country, for they’ve been trying to create inflation for over two decades!

However, I do believe the Fed will get around to having negative deposit rates, but not negative-yielding bonds… Of course, the severity of the next depression will dictate if bond yields go negative or not.

The Fed thinks they know things no one else does, as to how the economy works. How backward are they with their thinking? Three years ago Janet Yellen hiked rates for the first time in a decade and said that she wanted inflation to rise.

That was ludicrous! You don’t hike rates and hope inflation rises! You hike them when inflation has risen to a level that requires attention!

With all the debt and derivatives and division of this country, I don’t see how we will be able to skate by the negative deposit rates here in the U.S.

Eventually, the strong dollar trend will become a weak dollar trend, like it has done 4 times since floating in 1971. So, to be prepared for all this depression, debt collapsing all over, negative interest rates, and the Fed telling us that everything will be ok.

I suggest you diversify your investment portfolio using foreign currencies and gold (or silver). We used to tell people no more than 20% in any allocation of assets. So, use that as your guide…

And with deposit rates near or going to zero, this is also the perfect time to own Gold! A 20% allocation to metals will set you up as prepared for whatever the Fed brings us!

DENNIS: One final question. I get a lot of email asking how my friend and cancer surviving mentor is doing. I know you are writing the Pfennig several days per week. Can you tell our readers how you are doing, please?

CHUCK: Dennis, you are now a Cancer Survivor, Congratulations!

I’m considered to be one too, although I still carry the dreaded disease in my body. I take a chemo pill daily. I’m currently battling a cellulitis wound on my leg that won’t heal and a misfiring Thyroid…

It’s been 12 years since I was diagnosed with Stage 4 metastatic renal cell cancer. I would say that given my diagnosis 12 years ago, I’m doing pretty good! Other than that, I have my priorities… And one of those I was able to do yesterday; I held my 3-week-old granddaughter and sang her to sleep.

DENNIS: Thanks again on behalf of our readers.

CHUCK: My pleasure, as always.

Dennis here. Unfortunately, safe, foreign currency-denominated fixed income investments have disappeared; however, the need for inflation protection against the US dollar has not. Investors need to rethink their expectations and go about things differently than a decade ago.

No one knows when the collapse and inflation will happen, but when it does investors who diversified will be glad they did.

I want to thank all our readers who have continued to support our efforts by using our Amazon paid link for their Amazon purchases. Your costs remain the same but it certainly helps us offset some of our costs. With Christmas on the horizon, your support will really help. Your loyalty means a lot in many ways – thank you!

Last week’s article about our cancer experience received more positive feedback and encouragement than any article I have ever written. I heard from friends I’ve known since first grade…. Wow! Thank you all for taking the time to write.

I saw a video of it snowing at Lambeau Field in Green Bay. Indeed it is football season. Despite the Bears and Northwestern both not playing well, I told several friends I’ve had so many positive things health-wise, it is easy to put a lousy season by your favorite team in proper perspective.

With all the political crap going on, I found some political truths supplied by friend Dennis A.

A bonus thought. I have yet to hear any candidate quote John Kennedy.