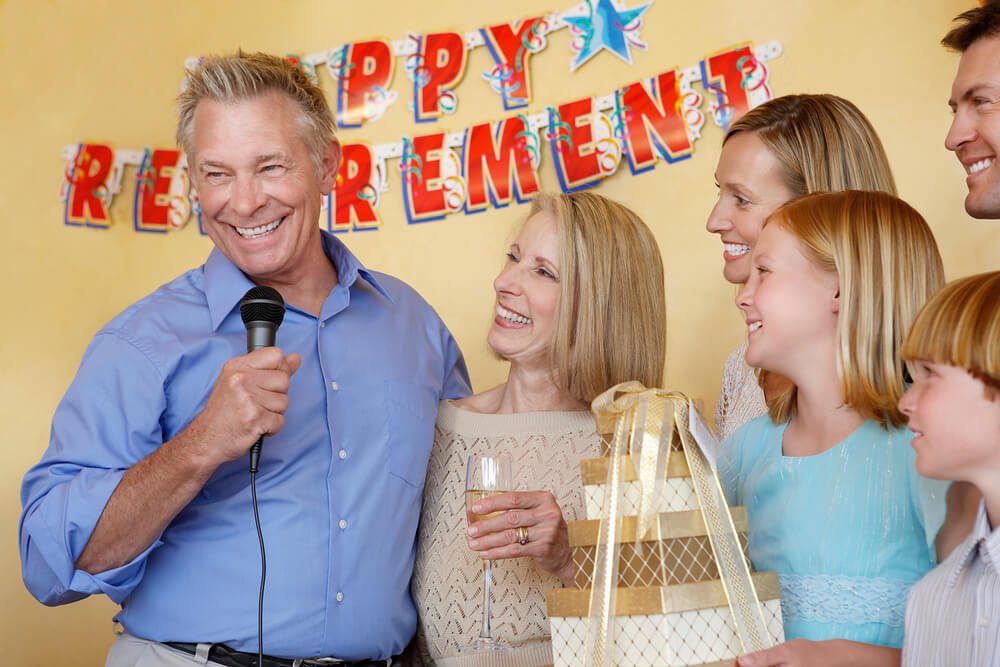 I gave myself a wake-up call. Our recent article “Thinking About Retiring? Better Think It Through!” was a jolt for sure.

For decades the mantra was save money and grow your wealth. We banked on the “rule of 72”. When the accumulated interest equals 72, you would double your money. Earn 6%, in 12 years you will double your money, etc.

When I combined the Fed graph on historic interest rates with the rule of 72, I was shocked. I realized it would take well over 100 years at current rates: 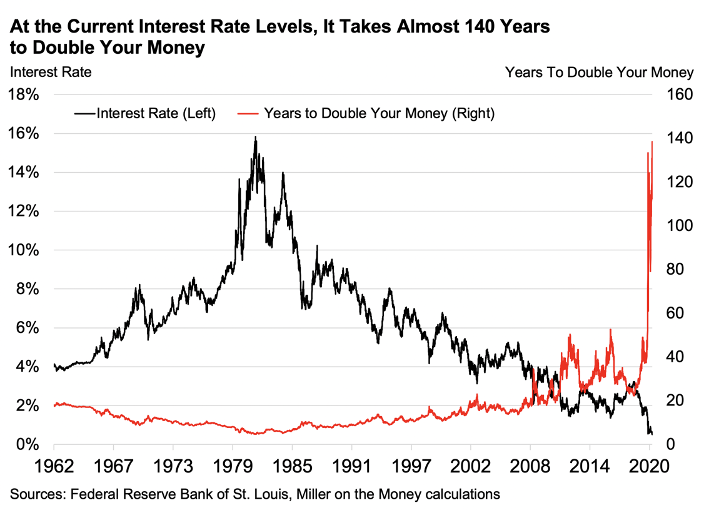 I asked, “Is retirement even possible for the middle class?”

I contacted friend Chuck Butler, a member of our panel of experts. He accurately predicts the Fed’s moves without using tea leaves. What does the current situation mean for our children and grandchildren?

DENNIS: Chuck, thanks again for your time. You know you are one of our reader’s favorites.

Before we get into possible courses of action, I’d like to ask about the underlying cause of the problem.

While we regularly bash the Federal Reserve for protecting the banks at the expense of mainstream America, this appears to be a world-wide problem. The major central banks, with the politicians blessing, have dropped interest rates to historic lows. Some countries are negative, worse than our situation in the US.

What looked like countries devaluing their currency to boost exports has ballooned into a monster. Governments, with their central banks, are looting the wealth of the world.

What would it take to see the trend start to reverse?

CHUCK: Unfortunately, Dennis I don’t believe we can ever reverse the trend that started in August of 1971, when the credit market began. With each year, the credit market had to be fed even more credit than it had received the year before, and that’s where we are today. When I say credit, that’s market parlance for debt….

I’ve come to the realization that with all countries, (except Russia) having played the debt accumulation game to the hilt, (including the good old USA) that the only way they can get out of this is to default on their debt. Should they start over, at that time we could begin to see normalcy in interest rates, yields, and stocks once again.

But…defaulting comes with the mantra of loss of confidence…. And that’s all the U.S. has going for it right now, and it’s fading fast, especially in China and Russia.

DENNIS: When they bailed out the banks in 2008, we were told the drastic low interest rates were temporary. Twelve years later they continue to go down. You’ve predicted negative interest rates are in our future.

What do you feel the landscape will look like for them?

CHUCK: I don’t feel the landscape will be good for them at all. I just explained how interest rates could begin to come back to normal, but with that comes some great problems.

One of those problems is likely that with any default the U.S. will lose the claim of having the reserve currency of the world. I used to give whole presentations on what it meant to lose the reserve currency status. Which means I don’t have the time or space to do it here. But let me paint this picture for you….

Back in 1963 when the Beatles first appeared on the Ed Sullivan Show, the TV guys thought it would be good to show us pictures of Liverpool where the Beatles came from. Those pictures were the most depressing thing I think I had ever seen at that time. The British pound sterling had lost the reserve currency status after WWII, and they still hadn’t gotten out of the economic doldrums that came with that loss.

If the world loses confidence in the US dollar, our nation will also have to take a step backward before it can move forward.

DENNIS: It appears that they must take risks and find investments that will grow their wealth ahead of inflation. Our parents were depression kids and bombarded us with preservation of capital.

Do you see this as boom or bust, or is there a reasonable balance?

CHUCK: I truly believe this is an opportunity for young people, and even older folks, that never diversified their investment portfolios to do so now.

Diversification reduces the overall risk considerably. If you follow the Modern Portfolio Theory of H. Markowitz, you will only achieve true diversification when you invest in all asset classes, including currencies and metals.

I don’t see this as rocket science, Dennis, it just takes time and effort to achieve a true diversified investment portfolio.

DENNIS: This highlights a major change. Our generation wanted to invest passively in safe, fixed income products; retire, play and have fun for the rest of our lives – with no money worries.

Investors can no longer afford to be passive. Too many investment advisors are not looking after their best interest; safe fixed rate (set it and forget it) investments won’t beat inflation and fund fees will eat up much of their returns. While many are computer literate, I’m not sure the automated computer trading tools will be much help, they will just follow the herd.

Like it or not, it looks like each individual MUST educate themselves about investing and become active investors.

Do you see it the same way? If so, how would you advise them to get started?

CHUCK: Well, I would advise them to get started the same way I did; allocating small amounts to invest at a time, and not go all-in on any one investment. And yes, they must make the time to learn, they can’t abdicate their financial responsibility to others.

Many folks think it’s prudent to invest all their money in stocks. But for the last 10 years do you know what asset class outperformed the Dow? Yes, it was Gold. Someone that had diversified into stocks, bonds, Gold, and euros, would be sitting pretty right now.

I am an avid reader, and so reading books by folks that make things very understandable was my key, these authors included: Ron Paul, Bill Bonner, Addison Wiggin, James Rickards, and others….

DENNIS: Personally, I am still an optimist. It might take a political uprising to get Glass-Steagall reinstated and rein in the Fed and the banks, but when Americans get pushed too hard, they push back.

I’ve had the retirement discussion with our children. I don’t want them to throw their hands up in despair and give up.

I’m sure the government will tax the savers and successful people heavily, but they will still figure out how to make it.

What are you telling your kids about how to get the job done?

CHUCK: Dennis, I tell my kids to not take on too much debt; to have a savings account to use on rainy days. They are moving into that part of life when they need to begin to invest, and they’ve heard me harp about diversification for so long now, that they’ll know no other way to go about things.

Debt is the real bugaboo! I had debt until I was 50, but it was manageable house debt, not overloaded credit cards, personal loans, student loans, etc.

Your article about debt slaves is spot on. This is not the time for anyone to be up to their eyeballs in debt. Keep your debt low, and then you’ll have savings and will be able to invest.

DENNIS: One final question. I’ve changed my investment strategy. I’m now owning more gold and silver royalty stocks, hoping to garner some yield and still protect against inflation. Jo recently had some CDs mature and we didn’t automatically roll them over; we looked for better alternatives.

Have you become more active, or made any changes in how you go about things?

CHUCK: Thanks again for inviting me.

I’m not an active trader with my portfolio, but I did make a recent investment in a Gold Mining Company that pays a nice dividend. This makes two of that kind of stock in my portfolio, so I’ll stop there. So, I’ve not changed per se, but did add to my mining stocks allocation.

Unfortunately, I do have a good amount of cash that is sitting there right now, looking for yield. I’ve resigned myself to the idea that it’s not going to find any yield for some time.

Dennis here. I’m glad I contacted Chuck; he gives us hope for the future.

Retirement is still possible, but it will have challenges. Get out of debt, financially educated and diversify conservatively. It’s no longer, “set it and forget it”, stay on top of things and you will be fine. 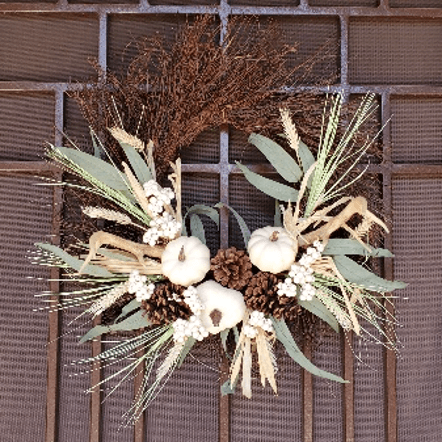 When we lived up north, after a long, hard winter, sometime in March it would warm up to the 60s, everything would melt and we would get excited. After a few days of mild weather, it would turn cold again and would be a bummer for a few more weeks. We called the early warmth a “False Spring”.

In Arizona, we have the opposite. After 50 days of 110 degree+ weather, we got about five days of weather cool enough to fire up the backyard griddle.

Maybe fall is here? Not hardly, the ten-day forecast has us in the triple digits for another week or so. I told the locals it is a “False Fall”. They had never heard the term; I made it up.

Fall is coming. Last night our solar lights came on 7 minutes earlier than three weeks ago; the days are getting shorter. I love the mild AZ weather we have for most of the year.

Jo decided to put up the fall wreath on the front door over the weekend. It was 105 when I took the photo. The false fall got me excited; I can hardly wait for the real thing!