Is Your Money Manager Really Listening? 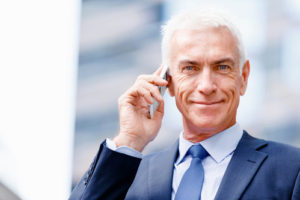 No one cares as much about your money as you do! If a money manager doesn’t perform, they lose a client – you lose your money!

Most money managers have a genuine concern for their clients however, they can make mistakes. One of the worst mistakes is not listening and understanding the needs those nearing retirement.

In response to our article, “When The Music Stops, Who Gets Stuck With The Bad Loans?”, reader Rick G. wrote:

“…. My former money manager had several individual bonds in my portfolio. I looked at them and many don’t pay a rate more than a 2-3 year CD, with much more risk.

…several of these are BBB rated…. I don’t trust the bond-rating agency given what happened in 2008. I also don’t trust the insurance companies that are supposedly insuring these bonds against default.

In addition, he put me in several Closed End (CE) bond funds. He said they were good deals as they were selling at a discount to NAV.

Upon further research, these CE bond funds ALWAYS trade at a discount to NAV….

With the Fed raising rates, they now trade at an even higher discount to NAV. Even though the yield is higher than CD rates, the loss of principal is not covered by these higher yields.

…. Personally, I will take the more stable, lower CD rates. …. Maybe I am missing something.”

DENNIS: Rick, thanks for helping our readers learn from your experience. I noted you said, “former money manager”. Buying individual bonds as opposed to CD’s with no substantial interest rate differential raised my eyebrows.

In your initial meeting, did you discuss your requirements and expectations?

RICK: I’m a risk taker. At one time I held 4 securities licenses, so I understand how most investments work.

I felt I needed a professional to help restructure my 100% equity portfolio into a balance of safety and fixed income. We had multiple discussions, talking for over 9 months before deciding. We agreed on an allocation. Their strategy was to buy individual equities and bonds – which is what I wanted.

I didn’t want a money manager buying bond or equity funds which included fees on top of the money manager’s fees.

While this was a discretionary account (They could trade as they wanted), they kept me informed. They wanted to have quarterly reviews; however, I insisted on monthly calls.

Intuitively, I sensed they were “value” guys. Value guys like to buy stocks they think are cheap. They never sold a stock that was up in over 18 months.

I said I didn’t want 30%-40% losses on a stock. When I asked them when to sell a stock, they said, “when it is apparent that something is wrong with the company”. In many instances, they kept buying this ‘cheap’ stock on the way down.

I terminated the relationship for two reasons. I understood equities and stop-losses; we were not aligned in our thinking. The other reason was the purchase of the closed end bond funds.

DENNIS: How was he compensated?

RICK: My money manager was paid a percentage (1%) of assets under management. I was required to have my accounts with a specific brokerage firm. I don’t know if they were paid by this brokerage firm for any products or services.

DENNIS: Let’s discuss the individual bonds and bond funds separately. Retirees should buy bonds for yield, not speculate on interest rates. How did the bond interest rates compare to CD’s over the same time period?

RICK: When they bought the individual bonds, CD rates were not competitive with the bond yields. As CD rates moved up, I asked them about using CDs as an alternative. They refused. I don’t remember why.

We didn’t discuss individual bonds (government agency bonds, taxable municipals and corporate) like we discussed the equity purchases. As of today, several bonds have coupon rates that are similar to the 3-year CD rates. The bonds do not mature for 5-8 more years and some had questionable ratings. Most of the individual bonds were purchased at a premium to par – I had specifically told them NOT to purchase bonds at a premium.

DENNIS: While I am a believer in using a licensed/qualified financial manager, we need to have realistic expectations. If a bond or CD is paying 3%, and they are charging 1% of net asset value – after taxes you lose almost half of your profit. If you had a do-over, would you take out a portion of your managed money and manage a CD ladder on your own?

RICK: Short answer is yes. The money manager had a minimum portfolio size (let’s say $500,000). If the portfolio went below the minimum, they would still get paid based on the minimum. I really did not have an opportunity to pull money out of these accounts as they underperformed their own balanced benchmark.

DENNIS: You bought several bond funds that paid higher yields and selling below net asset value. Can you explain the details to our readers? What did the funds charge for management fees on top of your fees to your manager?

RICK: We agreed that I did not want to own bond or equity funds due to the doubling up of fees. About 1 year into our relationship they bought several bond funds.

I asked why? They said these Closed End (CE) bond funds were selling at a discount to NAV (net asset value). We bought at an 8% discount and were getting a higher yield as a benefit. Originally, I did not question this as they were the professionals. As interest rates started to rise, the principal of these bond funds started to lose value.

These funds had fees ranging from 1.23% to 1.69%, on top of the 1% management fee. They were also leveraged between 22% and 40%. Their higher yields were because the majority of the bonds (65%-85% of the portfolio) were rated BBB – or worse. The money manager never mentioned the leverage or the bond ratings. I was trying to reduce risk, not take on more!

While you interviewed him thoroughly when you hired him, in retrospect, do you feel he listened and understood your needs? What would you do differently if you had a do-over?

RICK: While I’m unaware of any other compensation the money manager received other than my 1% management fee, I ended up paying fees on top of fees which I did not want to do.

I should have insisted on a better explanation as to why they were buying the different individual bonds. What made them a good deal?

Same for the CE bond funds. It’s a good deal because the fund was selling at a discount, is not a good explanation.

I thought they listened when I signed on. Over time, it did not work out that way. They bought investments I specifically told them NOT to buy.

Dennis, I trusted them. As you tell us, you may delegate, but must never abdicate the responsibility for looking after your life savings to anyone.

Instinctively I felt they were “value guys”, more focused on equities. In retrospect, I should have continued looking until I found a true fixed income expert.

DENNIS: Rick, thanks for your time

Dennis here. Rick was busy and he looked for help. If your money manager is not following instructions, don’t ignore it!

As a retired friend of mine said, “It makes little difference how you made your money; we are all money managers now!” Spend the time reading and educating yourself, no one cares as much about your money as you do.

Baseball is right around the corner. Players will be reporting to spring training in three weeks. Last year many felt the Cubs “won” the offseason by signing some new expensive players. Things didn’t quite work out like they hoped.

The old saying is true, “Hope springs eternal in the hearts of all Cub fans.” We have our spring training tickets in hand and are ready to go!

If any of you are car buffs, you will enjoy this video about the first Ford Mustang ever sold. I wonder what it would be worth today?

Jo and I have been enjoying our Blackstone Griddle. They have a YouTube Channel which is pretty cool. I suggest you check it out. You can cook most anything on it and it’s a lot of FUN.

I want to once again thank those readers who make their Amazon purchases through our website. As an Amazon affiliate, it helps us offset our costs. It is very much appreciated.

Life long friend Tom G. supplies us with some interesting tidbits this week:

Does a balding male lose intelligence with aging?