Janet Yellen Says “All is well”. Be Very Afraid!

Fed Chairperson Janet Yellen reassured the world that she doesn’t believe there will be a run on the banking system, at least as long as she lives.

“Would I say there will never, ever be another financial crisis? …That would be going too far but I do think we’re much safer and I hope that it will not be in our lifetimes and I don’t believe it will be.”

CNBC highlighted her emphasis on the soundness of the banking system:

“I think the public can see the capital positions of the major banks are very much stronger this year,” Yellen said. “All of the firms passed the quantitative parts of the stress tests.”

Many experts question her sanity and judgment.

Steve Keen’s Forbes article, “There Is No Excuse For Janet Yellen’s Complacency” saying, “The only word I can use to describe this belief is “delusional.” He supports his point while discussing “Maverick American economist Hyman Minsky.”

I contacted good friend Chuck Butler, (The Daily Pfennig) who was mentored by Professor Hyman Minsky.

When I began my encore writing career I contacted Chuck for advice. Chuck encouraged me:

“Always be yourself. When you are being critical, state your position with the supporting facts. Readers can decide for themselves if they agree with you.

Your employer has the right to push back or caution you not to go too far.”

While Chuck never complained, a bank published The Daily Pfennig. There were times I wondered if he held back when he remarked, “That’s all I’m going to say, the rest will wait until we are on my back patio.”

Many readers have contacted me asking about Chuck who is now retired from Everbank. I’ll let him explain what he is doing and then we will get into his feelings about the Fed.

DENNIS: Well your retirement didn’t last 24 hours. Can you bring our readers up to date on what you are doing and where they can find you?

CHUCK: Dennis thank you for inviting me. You knew all too well, that I was going to be “retired” once the sale of Everbank was complete. While the sale was in process, I had an opportunity to talk to several publishers and “sell my wares”, as I own The Daily Pfennig.

I chose to hang my hat with my long time friends, Mary Anne and Pamela Aden. They’ve published a financial newsletter for decades. They were very good friends of the late, great Richard Russell.

When Richard died, the Aden sisters were able to take over the Dow Theory Letters. They distribute a different kind of letter – one that highlights a different analyst each day of the week. I was asked to be one of those analysts, and in addition, they would publish my daily letter, A Pfennig For Your Thoughts, for free!

So, that’s where I am these days. The transition took a couple weeks but The Daily Pfennig is emailed daily and the website updated. We’re up and running again!

I can’t begin to tell you how happy I am that the Aden Sisters took me in… While the Daily Pfennig continues to be FREE, my weekly writings are a part of the Dow Theory Letters family. To read my weekly articles, and all the other valuable articles on the site, you need to pay for a subscription.

DENNIS: I understand being “retired” when your employer is bought out. Chuck, you encouraged me to start my own FREE newsletter – and enjoy the freedom of speaking my mind. Now it’s your turn and today’s subject is a good place to start.

The Forbes editor, Steve Keen, referenced Mr. Minsky, calling Ms. Yellen “delusional”. Can you tell our readers how you came to know Mr. Minsky? In your opinion, was the Forbes editor on target?

CHUCK: Years ago I ran the bond operations of Mark Twain Bank in St. Louis and Hy Minsky was a board member. At each monthly board meeting, I would make sure that I stayed late so that I could corner Prof. Minsky and quiz him about economics. These “after board meetings” became a ritual. He would look for me afterward, because, well, I was young, I wanted to learn “real economics” and thought of him as an economic God!

When people ask me, “Where did you get your economics training?” I say, “At the feet of the great Hy Minsky!

I read Mr. Keen’s article with much interest. I always check out anything a writer says about Prof. Minsky to make certain that they got it right!

He hit the nail on the head calling Yellen’s comments about how we as a country would never experience a financial crisis again, “delusional”…

Yellen’s old boss, Ben Bernanke, didn’t see the financial meltdown coming in 2007 & 2008. He extolled the virtues of buying homes even though the values had soared, and said derivatives were nothing to worry about. He was wrong and a lot of people were hurt in the process.

Ms. Yellen apparently can’t see a weakening economy that’s taking place while she hikes interest rates. So, why would we believe her when she says that we will never experience another financial crisis?

Haven’t federal, state, business and individual debt all increased tremendously since 2008? Haven’t the Too Big To Fail Banks become even BIGGER? Haven’t they taken on more derivative risk?

My old friend, Bill Bonner of Agora Publishing fame, said it best recently in his daily article, “The weather has been so nice; Ms. Yellen is building a house without a roof!”

DENNIS: Chuck, in your first weekly column, “What Me Worry?”, you didn’t call her “delusional” yet I felt like I was on your back patio. You took issue with Ms. Yellen. Just like you taught me, you backed up your opinion with plenty of facts.

I want to give our readers an example:

“Ladies and gentlemen, we have embarked on a new era, one that allows a country’s central bank to raise interest rates in the face of a weakening economy. One that also allows them to begin to pour mountains of supply in bonds on the markets, also in the face of a weakening economy, and then say with a straight face, “Our decision reflects the progress the economy has made and is expected to make.”

And what might that “progress” be Ms. Yellen? And don’t tell me you’re hanging your hat and rate hikes on the so-called “Unemployment Rate!” Please don’t tell me that… Oh, but she did, reminding everyone that the U.S. is near max-employment… Hmmm, somehow I don’t think that sits right with the more than 90 million Americans that are still looking (not technically) for work, or the millions that are working two and three part-time jobs because they can’t find a “bread winner” full-time job…”

Chuck, Please explain why you feel the unemployment numbers are deeply flawed and how bad data could cause the Fed to make the wrong decision?

CHUCK: I’m a “real economics” kind of guy. For years I have complained about economic reports that have been massaged, using what we call “hedonic adjustments”. The Unemployment report is a classic example.

The Bureau of Labor Statistics (BLS) uses what’s called the Birth/Death Model. It estimates the number of new companies that have started in a month in which the payrolls aren’t online yet, or if there were companies that went out of business. The BLS then makes, what I imagine is (since they’re so off-base) a guess at what the number should be that will be added to the total jobs created that came as a result of the surveys.

If the economy was soaring and new businesses were popping up on every street corner, in every town, in every state, then you could understand why the BLS adds so many jobs each month using this model.

Dennis, you recently wrote that an estimated 3,500 retail stores may close this year and 30% of the shopping malls could be in trouble. That’s not a sign of a booming economy!

A private research firm issued a report four months ago that said the Business Deaths had outnumbered the Births since 2009! OMG! Let’s look at the BLS’s recent monthly “adjustments” using this model…

The economy is just muddling along, and barely keeping afloat, why would the BLS feel the need to add jobs each month?

Ms. Yellen was offended when President Trump accused her of putting off rate increases until after the election for political purposes. She was emphatic that the Fed is non-political. Okie-dokie!

John Williams at Shadowstats tells of personal experiences where the BLS manipulated data for political purposes. If the Fed is relying on untrustworthy data, as opposed to the real facts, they can make incorrect decisions. Last time they did, a lot of people were hurt badly.

When I contacted Chuck I had my list of questions. I intended to edit them down to one article. Chuck doesn’t mince words, and it’s terrific material so I felt the best thing is to split the interview into two parts.

Chuck and I are both concerned about the Fed making bad decisions, and how it has impacted the retirement plans of many generations. Next week he shares some important economic information, as well as his insights on how baby boomers and retirees can protect themselves so they don’t get blindsided like they did in 2008.

In the meantime, I urge our readers to subscribe to “The Daily Pfennig”. It’s free and you will look forward to reading it each day.

Thanks to the readers who took the time to respond to my question about publishing more photos. I got lots of encouragement so I will continue the process.

This is one of my favorite shots. A canvas print hangs in the family room. 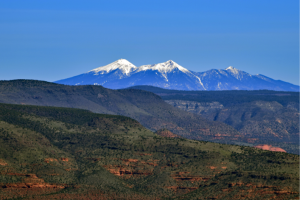 This shot was taken in front of the Haunted Hotel in Jerome, AZ. The San Francisco peaks are approximately 75 miles away, just north of Flagstaff. Humphrey Peak is the highest point in AZ, – 12,633 feet.

The view from Jerome is awesome, you feel like you can see forever.

They say a picture is worth a thousand words. Long time friend Tom G. provides this week’s humor. 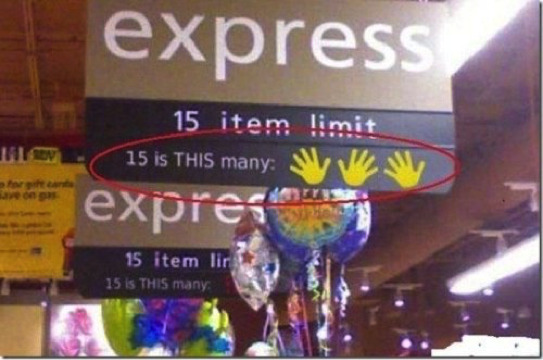