Land of Lincoln Pinches Pennies While Going Over The Cliff 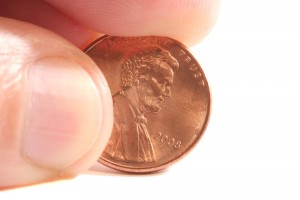 A recent email from my good friend Toots got my attention. She lamented, “We just received our real estate tax bill. Many of our retired friends, who thought this was to be their ‘forever’ home, are being forced to sell and move”. This is a preview of things to come.

The State of Illinois is headed off the financial cliff and a lot of people are going to be leaving soon. The state is hopelessly in debt with no way to get out from under it.

“…The Illinois Lottery has stopped paying out prizes of $25,000 or more to winners as lawmakers have yet to pass a budget for the state which is about $5 billion in the red. The money for the prizes is there, according to previous statements from Illinois Lottery officials, but the ‘legal authority’ to issue the payments is not.

…Daniel Chasteen, one of the lotto winners ($250,000, in his case) behind the suit, explained to The Wall Street Journal, ‘You dream about winning the lottery all your life and it finally happened, and you don’t get paid.'”

One Illinois game is called “Lucky Day Lotto” with a top prize of $250,000. While they continue to sell tickets, I guess your “Lucky Day” is tomorrow… Where is “Honest Abe” when we need him?

“The Illinois Supreme Court on Friday unanimously ruled unconstitutional a landmark state pension law that aimed to scale back government worker benefits to erase a massive $105 billion retirement system debt, sending lawmakers and the new governor back to the negotiating table to try to solve the pressing financial issue.

…Republican Justice Lloyd Karmeier wrote on behalf of all seven justices. “The law was clear that the promised benefits would therefore have to be paid and that the responsibility for providing the state’s share of the necessary funding fell squarely on the legislature’s shoulders.

It is our obligation, however, just as it is theirs, to ensure that the law is followed…. Crisis is not an excuse to abandon the rule of law. It is a summons to defend it.”

The judiciary also threw up a roadblock to one potential solution. When private industry converted their employees from defined benefit (retirement) plans to savings plans, they generally grandfathered in a group of senior employees, while the younger employees were put into plans like a 401 (k). The Supreme Court also stated “…that state worker retirement benefits that are promised on the first day of work cannot be later reduced during their term of employment, only increased”.

Plan B is the impossible dream

Recent estimates show the current budget gap is in excess of $6 billion and the pension system is underfunded by $111 billion. One in four state tax dollars already finances pensions.

The ball is back in the court of the elected officials. Illinois politicians have a history of being just that, politicians – not problem solvers.

Raise taxes? Their first move is to raise taxes in every way possible, and they are good at that. By doing so they drive the working class and corporations out of the state.

Other Midwestern states show the opposite, Ohio – 1.02, Michigan – 1.11, Wisconsin – 1.23 and Indiana – 1.31. They conclude, “The source of the problem is clear: Illinois is not keeping up in the creation of manufacturing jobs. Over the last three years, Illinois is down 9,400 manufacturing jobs while Wisconsin is up 15,700; Ohio is up 32,400; Indiana is up 37,300; and Michigan is up 60,400.” Neighboring states are actively advertising in Illinois, “Come here we will treat you fairly” and their message seems to be working.

Raise Sales taxes? Forbes magazine awards Chicago the blue ribbon for the highest sales tax rates in the country. One of the busiest gas stations in the Chicago suburbs is on Rand Road in Lake County, just outside of Cook County. Customers will drive out of their way to buy gas there because the savings is that significant.

Raise Real Estate Taxes? We had a home down the street from friend Toots. I appealed my tax assessment was excited when the tax assessor reduced the valuation for my home. He then told me he gets a revenue number from the commission and he has to come up with the money. My next tax bill reflected the lower assessed value for my
property; however the multiplier was much higher and the bill was increased 10% over the previous year. Shortly thereafter Jo and I sold our home, figuring we would beat the crowd.

Cut the cost of government? The State Journal Register reports Illinois has more state governing bodies than any state in the nation. In 2012 it was estimated at 7,000 with Pennsylvania coming in second with 5,000. They report, “Since the Census Bureau last counted in 2007, 26 units of government in Illinois have gone by the wayside, a decline of less than one-half of 1 percent”.

Asking Illinois politicians to cut the cost of government is like asking them to perform an unnatural act. I’ve heard from a reliable source that many homeowners, when opening their current real estate tax bills, suggested the political class give it a try.

Cut the cost of benefits? Illinois is the biggest user of food stamps in the Midwest. Welfare and pension benefits are a huge portion of the state budget. Trying to cut pension benefits is going to be very difficult as the unions hold a strong bargaining position because of the Supreme Court decision.

Illinois politicians are masters when it comes to using tax dollars to buy votes from the welfare class. Cutting benefits is likely to cost them their job and could ignite a ticking bomb.

Until politicians can make getting a good education and working for a living a better alternative than free food stamps, free housing, free medical, free cell phones, and a raise every time you bear another child, the welfare class will continue to grow. For generations they have been told they are victims and entitled to all the free stuff.

On September 21st WGN-TV reported “50 shot, 5 killed in weekend shootings across Chicago”. Try taking away welfare benefits and we will see civil unrest on the magnitude of the civil war.

Illinois politicians are primarily responsible for the current state of affairs; however they are not alone. I recently quoted former Federal Reserve Chairman Ben Bernanke discussing the impact of his Zero Interest Rate Policy. He called the impact on seniors and savers “collateral damage”. Destroying the projections of every pension fund, 401 (k) and annuity in the country is a lot more than “collateral damage” to those who are looking to retire comfortably.

While there is plenty of blame to go around, finding the culprits will not solve today’s problem.

What can you do today?

Use your time and energy focusing on what you can control. Illinois is hopelessly in debt, probably beyond repair. Without huge tax increases, major constitutional amendments, significant concessions on the part of unions and pensioners, a major overhaul of the welfare system, and major tax incentives to lure companies back to Illinois, things will continue to get worse.

Retirees will be leaving the state in droves in order to make their nest egg last. Will the last member of the working class to leave Illinois, please turn out the lights!

The baseball world mourned the death of the Legendary Hall of Famer, Yogi Berra. He was a Hall of Famer in every sense of the word. Younger folks may remember him for his humorous quotes, many of which have become famous.

Congratulations to the Chicago Cubs on clinching a playoff spot in the post season. The Cardinals, Pirates and Cubs are in the same division and their records are so good they would be leading every division in baseball. That has never happened before in baseball history.

We will share some of Yogi Berra’s humor this week.

“In theory, there is no difference between theory and practice. But in practice, there is.”

“Little League baseball is a very good thing because it keeps the parents off the streets.”

“It was impossible to get a conversation going; everybody was talking too much.”

“Always go to other people’s funerals, otherwise they won’t come to yours.”

His wife asked him, “If you go before I do, where would you like me to have you buried?” His answer, “SURPRISE ME.”