The Florida Keys are a special part of the world. Longtime residents, referred to as conchs (pronounced conks) have a unique and different culture – a much simpler, laid-back, and relaxed lifestyle.

The Keys are a series of islands connected by one road, US-1. The drive from the Florida mainland to Key West is a beautiful, memorable one, across 42 bridges. On your left side is the Atlantic Ocean and the right is the Gulf of Mexico. The emerald green water is majestic.

The geography is simple – mile marker 0 starts in Key West and 127.5 is in Florida City. When our children were young we had a condo in Marathon. If you asked for directions you are likely to hear, “Mile marker 50, Atlantic side, go two blocks on the right.”

A milestone is much more than a simple green sign

This month our family experienced several milestones. I celebrated my 78th birthday. It’s significant; I have now outlived my parents. This week we are celebrating the high school graduation of our youngest granddaughter, Sarah. Celebrating a family milestone is fun.

Your Dictionary offers dozens of cool examples. However, the list is incomplete – it begins with “birth” and ends with “retiring”. Whoever wrote it obviously does not understand that retirement is just passing another milestone with many more ahead of you. 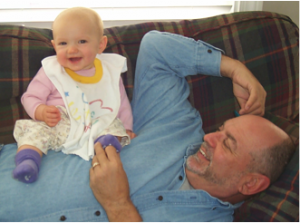 This is my granddaughter Sarah. When I first held her as an infant, I thought to myself, “When she graduates from high school, I’ll be 78 years old. I plan to attend the graduation!” We both made it! Grandpa didn’t always have grey hair….

I’ve had those same thoughts with every generational offspring the first time I hold them. The family is quick to take multi-generational photos. The five-generation photos with my grandmother are priceless!

We have two more grandchildren in grade school. I’ll be in my late 80’s, doggone right I plan to be there for both their high school and college graduation. Next up; two great-grandchildren. Enjoying your offspring celebrate a milestone in their life, is also a major milestone in yours. Isn’t that one of the greatest joys in life?

Some would probably scoff at my musings; however, I will not let them dampen my hopes and dreams.

I quit smoking and drinking decades ago, something my parents did most of their life. Medical technology is advancing rapidly. Age appropriate medical tests have caught and handled issues that would probably have caused the demise of the generation before us. Shouldn’t I expect to outlive my parents?

At our 50th high school class reunion, we discussed friends we lost along the way. Those who died young were just a matter of bad luck; fire, accident, being in the wrong place at the wrong time. The next group were those who abused themselves with alcohol, smoking or morbid obesity. As we age, we now are losing friends, primarily to heart disease or cancer – back to bad luck! Age appropriate medical testing helps for sure, but when your luck runs out ….

I prefer to remain happy and positive as opposed to constantly worrying about the unknown.

Can we will ourselves to live longer?

There are many studies that show a spike in the death rate around your birthday or the Christmas holidays. I’ve read that people can will themselves to live past a milestone event. Some contend that the Christmas holiday deaths are caused by the weather and medical facilities being understaffed.

The London Daily Mail tells us, “The tragic reason deaths spike at Christmas: Researchers say the sick may ‘give up” after the big day”:

“In a new study, researchers found that many patients may delay medical care while the holidays are underway, and some may even hold off death to experience the holidays one last time.

They focused on…(New Zealand) as Christmas occurs during the summer season when death rates tend to be at a seasonal low, allowing them to eliminate a ‘winter effect.’

Many studies have attempted to explain the phenomenon, with some suggesting emotional stress, changes in diet and alcohol intake, reduced staff at medical facilities, and changes in physical environment could be to blame.

For terminally ill patients, many could hold off death to experience an important day, and will to live could drop after the event….

“Hospice and palliative care clinicians routinely see cases in which people who are nearing life’s end seem to will themselves to hold on until a certain point, after which time they let go.

Dr. Toby Campbell, an oncologist, and palliative care specialist at the University of Wisconsin, Madison, said… “People in end-of-life care wouldn’t bat an eye if you asked if they think people can, to a certain degree, control those final moments. We’d all say, ‘Well, yeah. Sure.’ But it’s inexplicable.”

While it may be inexplicable, that’s good enough for me. Sure, we will all meet our maker on our judgment day; however, reaching for the next milestone may have a positive effect.

I’m a believer that we live our life according to our expectations. One of the greatest joys of parenting involve setting expectations for your children, then teaching, coaching, encouraging and celebrating with them – when they achieve the goal.

Jo and I were full-timers in our motorhome and toured the country several times. Planning the trips was a lot of fun. I began with a copy of a map and a highlighter. We would list where we wanted to go, and I would highlight the route on the map. We would take a calendar and determine how much time we wanted to spend at various places along the way.

Next up; the campground book. Our rig needed 50-amp power and our options were limited. Jo would find appropriate campgrounds and make reservations. Many nights were spent in a truck-stop, rest area or a favorite place, Camp Wally (Wal-Mart parking lot).

The best part – we were not rule-bound. We planned to spend two nights in Cheyenne, WY. We were having a blast, we stayed a week. Same with Omaha. We would just adjust the upcoming milestones and timing along the rest of the trip. We have big three-ring binders with our map, calendar, and photos of every long trip we took.

Once you pass a milestone, there is always another on the horizon; set new expectations. We have several graduations coming up in the next few years. We expect to attend. Why not?

Celebrate the achievement, whether it is yours or your family, set your next goal and chart the course. How boring life would be without something significant on the horizon to look forward to. Eventually we will run out of gas, but meanwhile, enjoy the journey.

If your dreams are alive, so are you. Keep on keeping on! 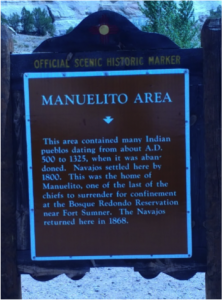 Our drive from Phoenix across the country was beautiful. As we head north on I-17, we say goodbye to our local saguaro cactus. You head up the mountain toward Flagstaff, AZ and get to the Bumblebee exit and that is where they stop growing. There’s some very tall cactus on the top of the mountain that seems to say both goodbye as you head north, and, hello and welcome back on the way home.

We turn east and head through New Mexico. Western New Mexico is beautiful. We stopped at a rest area and took several photos. There is some terrific history and culture along the way. Jo and I want to spend some more time exploring that part of the world.

We followed old route 66 from Flagstaff, AZ all the way to St. Louis. Parallel to I-40 is miles of pavement of the famous road. I don’t know what it is about route 66, but the nostalgia is pretty neat. I have some memorabilia adorning my garage wall for sure.

There are thousands of graduations this month. I doubt that any school would want me to be a commencement speaker. I would be short and sweet, just offering a couple famous quotes.

“Any man who thinks he can be happy and prosperous by letting the government take care of him had better take a much closer look at the American Indian.”