Does Market Rigging in the Metals Signal a Buying Opportunity? 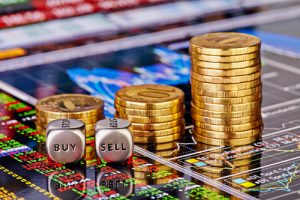 Central Banks are rigging the metals markets. Does it signal a buying opportunity? Will they ever be prosecuted for this illegal activity?

“…(Central Banks) incite investment banks and other willing parties to bet against a rise in the prices of gold, oil, base metals, soft commodities or anything else that might be deemed an indicator of inherent value.

Their objective is to deprive the independent observer of any reliable benchmark against which to measure the eroding value, not only of the US dollar, but of all fiat currencies. Equally, they seek to deny the investor the opportunity to hedge against the fragility of the financial system by switching into a freely traded market for non-financial assets.“

Eight major players are blatantly manipulating the price of all precious metals; making billions from their illegal activity. So far, despite a preponderance of evidence presented by the Gold Anti-Trust Action Committee (GATA), the government takes no action.

Bloomberg published information from court documents in a recent lawsuit:

“A cache of documents from Deutsche Bank AG include what a group of silver investors claim is a “smoking gun”: private electronic chats showing traders from numerous banks conspiring to rig prices from 2007 to 2013, according to a court filing in New York…“

Using electronic media they worked together to rig silver prices.

I recently wrote about a bill in the House of Representatives to fix Social Security. A major emphasis is changing and/or eliminating Cost of Living Increases (COLA).

The need to protect your retirement nest egg from inflation is growing by the day. If the best inflation protection on the planet, precious metals, is being artificially held down in price what should an investor do?

I contacted Ed Steer. I asked his opinion on the smoking gun and the implication for those who need to protect their life savings from inflation.

DENNIS: Ed, thank you for taking the time to help our readers. As a member of the GATA committee, I know you are on top of the situation. The smoking gun appeared. Will this change the “big boys” continual market manipulation?

ED: Hi Dennis…well, nothing much has changed since we last spoke. The largest 8 traders, mostly U.S. banks and brokerage houses, are still mega-short the precious metals. This “silver disease”, as silver analyst Ted Butler calls it, has spread to other commodities such as copper, crude oil and the grains.

The “smoking gun” you refer to with the Deutsche Bank revelations has confirmed that the silver market is rigged – as is the gold market, so it’s no stretch to imagine that they’re managing prices in other markets.

You ask if these revelations will matter. You can’t tell on the surface that things are different, but the fact that the price management scheme is so widely known…and talked about everywhere now, certainly puts JPMorgan [and Canada’s Scotiabank in silver] under the spotlight.

These revelation bombs are falling closer and closer to the real ‘Ground Zero’ in the price management scheme – JPMorgan – and the CME Group that enables them.

Is all this illegal? Hell yes, but neither the CME Group nor the CFTC will do a thing about it even though it’s obvious in their own data.

DENNIS: I’m concerned about retirees dealing with high inflation. The government wants to cut back and/or eliminate COLA adjustments in social security. Precious metals have a history of rising ahead of the inflation rate. Many people, including yours truly, felt high inflation and metals prices would be soaring long before now. Do you see any signs that we might move back to free market pricing?

ED: Free market pricing? Well, nobody knows what the true free market price of the precious metals really is, because there never has been a free market in them since they were discovered…and now traded.

If the precious metals were allowed to trade freely, we would see an immediate price adjustment in ALL commodities. If you keep precious metal prices, plus copper and crude oil under control, keeping a lid on the others is easy, as per Peter Warburton’s famous words you quoted.

All price management schemes eventually end – and when this one does, as it surely will, we’ll have brand new prices for everything. A big unknown is whether the powers-that-be will allow market prices to prevail, or whether they’ll just retreat to a much higher price level for the precious metals – and control them at higher price points.

No one knows exactly when this will happen, but the gold price has been under the control of the COMEX futures market since 1974. The longer they keep prices suppressed, the higher they will go when the downside price management scheme is terminated.

The powers-that-be also know that once they allow commodity prices to rise to [hopefully] free-market prices, it’s a genie that they won’t be able to either control, or put back in the bottle until the ensuing short-covering rallies in the COMEX futures market burn themselves out.

The other question then becomes, what happens to all other paper investments as this worldwide rush into hard assets is going on? They’ll most likely crash and burn. It’s a real dilemma for the powers-that-be – and it just gets worse as more time goes by.

DENNIS: The US Debt Clock has added a dollar to gold ratio. Currently it’s just over $9,000 oz. as compared to $28.76/oz. in 1913. The dollar to silver ratio is over $1,000/oz. Any publication touting metals prices skyrocketing to those numbers might find themselves investigated by the SEC. Ed, is it possible for eight big traders to manipulate the market by such huge amounts?

ED: In a precious metals short-covering rally in the COMEX futures market anything is possible, especially since their respective prices have been managed lower for about 45 years.

Silver analyst Ted Butler, who’s an authority on all things silver-related, estimates that JPMorgan has amassed a staggering 550 million ounces of physical silver [a third of all visible above-ground physical inventory] since they engineered the price decline in that precious metal starting on May 1, 2011 when it touched US$50 per ounce.

They’re not only keeping the price suppressed in the futures market, they’re using that advantage to buy physical silver at the prices they, themselves set! How crooked can you get?

They’re still accumulating and they aren’t going to be selling it for $100 an ounce.

DENNIS: One last question. What would you tell readers who are concerned about funding their retirement and making sure they have ample funds to pay their bills for the rest of their life?

ED: Inflation is coming whether we want it or not – and it’s not going to be just a little bit of inflation. Central banks will move heaven and earth to ensure that it happens. The first place it will show up will be in precious metal prices, along with their associated equities.

A portion of your retirement savings in them, whatever portion you feel comfortable with, will go a long way to not only preserving your wealth, but also your future purchasing power.

As silver analyst Ted Butler said in his Saturday, January 7, 2017 column… “Just as there is a mechanical feature to positioning on the COMEX for futures contracts, there is also a mechanical feature to physical metal ownership. It is the reality of what will happen to price once a rush to physical metal develops by investors and industrial users alike that is so exciting. No one recognizes this better than the market master (and crook) JPMorgan and fully explains why the bank came to own a third of all the investable silver in the world. Say what you wish about JPMorgan, but no one would ever accuse it of being dumb or not looking ahead, certainly not me. Don’t listen to what I say, heed what JPMorgan has done.”

Sage advice, in my opinion. And I eat my own cooking here, as I’m “all in” personally – 100 percent of my investment portfolio is in precious metals, mostly silver. That is certainly not an investment strategy that I recommend to anyone else.

I wish a happy and prosperous New Year to you and all your readers.

I think we can summarize things easily. Inflation looms on the horizon, and when it comes it won’t be pretty. The need for all investors to have adequate inflation protection is growing by the day. I don’t plan on selling my metals anytime soon!

Tomorrow is Inauguration Day. I watched a video of President Eisenhower and John Kennedy preparing for the Kennedy inauguration in 1960. They were both smiling and working together.

I’ve also read that Richard Nixon, who lost the election, was told that Chicago Mayor Daley had manipulated the vote urging him to call for a recount. Nixon was supposed to have said no, he felt it would be bad for the country.

I doubt Presidents Eisenhower, Kennedy and Nixon would approve of the current political behavior today. Isn’t Inauguration Day supposed to be a celebration of the peaceful transfer of power? It’s not the end of the world; four years from now it can take place again.

Like most Americans, I hope nobody does anything stupid.

I’d like to thank everyone for their support last week. Many of you must have forwarded our article about social security because we picked up a record number of new subscribers. Feel free to continue the process. To our new subscribers, “Welcome Aboard!” I write about a lot of different things; and appreciate all input and suggestions.

Good friend Dennis A. sent me some great political truths.