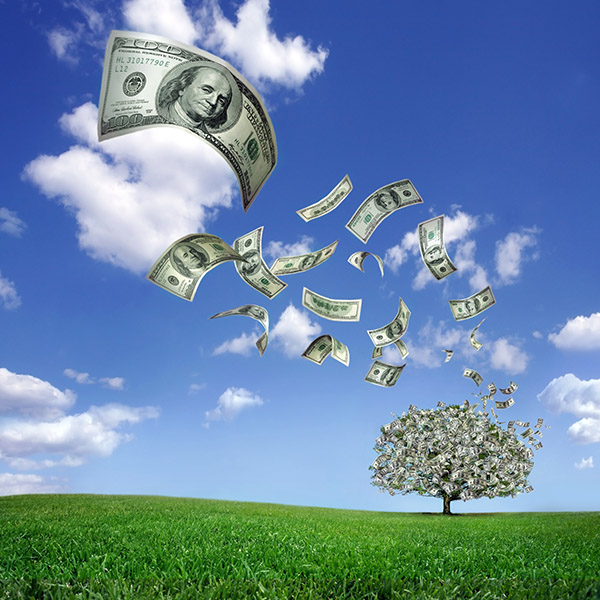 The politicos are hawking Modern Monetary Theory (MMT) to finance their reckless spending.

“Modern Monetary Theory (MMT) is a heterodox macroeconomic framework that says monetarily sovereign countries (that) spend, tax, and borrow in a fiat currency they fully control, are not operationally constrained by revenues when it comes to federal government spending.

…. The central idea of MMT is that governments with a fiat currency system under their control can and should print (or create with a few keystrokes) as much money as they need to spend because they cannot go broke or be insolvent unless a political decision to do so is taken. (Emphasis mine)

…. MMT theorists explain that debt is simply money the government put into the economy and didn’t tax back. They also argue that comparing a government’s budgets to that of an average household is a mistake.”

Why do economists use $2 words, when plain English would do? Heterodox defined: “Heterodox economics is the study of economic principles considered outside of the mainstream of economic thought.”

“Dennis, remember when you were a kid and your mom told you money doesn’t grow on trees? Well, I call MMT, Magic Money Tree! The theory is governments can print all the money they want and use it for whatever they want. The government is a money tree!”

Business Insider reports the Fed is on board:

“Alan Greenspan: ‘There’s nothing to prevent the federal government from creating as much money as it wants.’

…. In 2009, former Fed chair Ben Bernanke was interviewed…about the federal government’s $1 trillion bailout of the banking system…. Bernanke was asked if the $1 trillion came from taxpayers.

He said, “No, it was printed. It’s not tax money. …. So, to lend to a bank, we simply use the computer to mark up the size of the account that they have with the Fed. It’s much more akin to printing money than it is to borrowing.'”

“Well, effectively. And we need to do that, because our economy is very weak and inflation is very low.”

“Yellen’s nomination greases the skids for a disastrous policy that could lead to a monster crisis down the road – Modern Monetary Theory (MMT).

…. Putting former Fed Chair Janet Yellen as the new Secretary of the Treasury is a clear sign that MMT is what a Biden administration plans to do.

…. The government can spend as much as it wants and run the deficit as high as it wants because the Fed can monetize any Treasury debt by printing money and holding the debt on its balance sheet until maturity, at which time it can be rolled over with new debt.

This theory says that the U.S. can directly stimulate the economy and pay for a raft of new social spending. …. MMT would help real Americans.

Pundit Bill Bonner asks, “Is a Permanent Stimulus Plan On the Way?”

“…. The American people will whoop and holler….

Look at this, reported by MassLive.com: 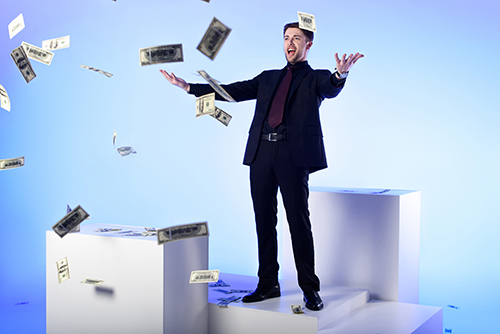 Nearly two-thirds of Americans are on board with a progressive proposal – backed by some Massachusetts lawmakers – calling on the federal government to cut monthly $2,000 stimulus checks to Americans over the course of the COVID-19 pandemic, a new poll shows.

Data for Progress, a progressive polling and advocacy group, asked 1,166 likely voters across the country last week if they’d support or oppose the idea of a “$2,000 per month direct cash payment to every person for the duration of the pandemic.”

Note that this is not a one-time “stimulus” of $2,000 they are calling for, but MONTHLY checks…a permanent stimulus plan. It would function as a kind of monetary pacemaker…giving consumers a jolt every month just to keep their greedy little hearts pumping.

Does anyone ask, ‘Where will the money come from?’ Does anyone worry about the expanding federal deficits…or the tilting tower of debt?

Because they don’t have to.

And now, brains all across the country are abuzz about the great things coming down the pike. ‘Something for nothing’ is no longer a joke; it’s a fact of life.”

Americans Need Recurring Stimulus Checks Until the Pandemic Is Over

Giving people money is a proven, fast, equitable strategy to spur economic recovery. The truth is, we need recurring stimulus checks in addition to established progressive policies – like unemployment insurance and the Child Tax Credit and Earned Income Tax Credit – that uplift all Americans, especially communities of color, until this pandemic is over.”

Will the theory work?

I searched for logical explanations; how and why MMT would work. Business Insider provides, MMT: Here’s a plain-English guide to ‘Modern Monetary Theory’ and why it’s interesting:

“When the private sector fails to provide full employment, MMT advocates support the idea of a ‘jobs guarantee’ that provides government-funded jobs to anyone who wants or needs one. The spending on such a program would be capped when the economy reaches full employment.

…. Forms of federal job guarantees have existed in the past. In 2002, Argentina introduced the Jefes Programme, which offered a job to the head of every household and paid a basic wage. Jefes participants worked on local community projects such as building and maintaining schools, hospitals and community centers; baking, sewing clothing, and recycling; and repairing sewers and sidewalks.

Policies deriving from MMT ‘will be attractive politically,’ according to Warren Mosler, the American financier…who helped develop and spread MMT. ‘We’ll get single-payer healthcare and all that.'”

I asked a friend who lives in Argentina about the Jefes Programme:

“On the Jefes Programme, it was implemented after the Convertibility crisis of December 2001, which brought Argentina’s GDP down almost 12% in 2002, the unemployment over the 20% mark and caused the poverty rate to jump from 20% to 30% in a year.

…. Beneficiaries were on paper requested to either do some sort of community job or to take some specific instruction – at least 4 hours a day. …. I can with little doubt say that this was the first of many social plans that followed and requested no obligations on the part of beneficiaries – plans that remain in effect today.”

Supporters of MMT downplay inflation risk This graph (courtesy of Knoema) shows us all we need to know about inflation in Argentina. 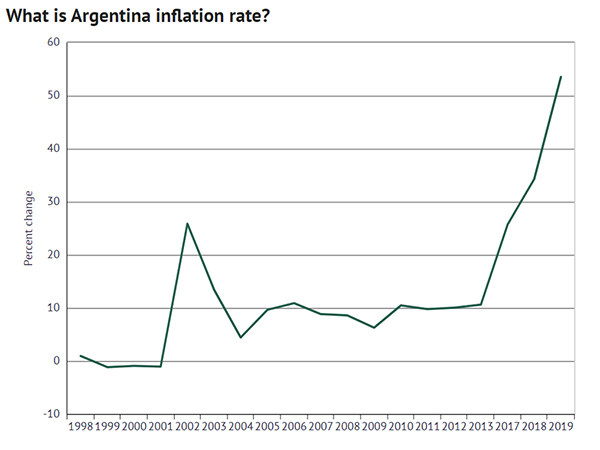 “The rise of MMT could allow Democrats to embrace the de facto fiscal policy of Republican presidents, who tend to explode the deficit to finance pet initiatives like tax cuts and defense spending, leaving Democrats to clean up afterward.

…. That would be a big deal. Getting comfortable with new deficit-financed programs would help Democrats overcome the single biggest impediment to their agenda: raising taxes to fund their programs.”

Pardon me! Tax cuts put more money in the hands of the working class. Why is that bad, when the government giving away fake money is good?

All politicos are guilty of using the tax code to enhance their power. Extend and pretend is politically universal.

“First, the government can create jobs that the private sector has no interest in.

Second, the government can employ labor at a minimum wage. …. And the government will stop spending if all the workers end up in higher-paying private jobs.”

Yeah right! What incentive will people have to work? When has a government ever stopped a giveaway program?

“…. MMT is a badly flawed theory. It assumes a mechanistic approach to money and inflation, which doesn’t exist in the real world.

…. Once it becomes apparent to markets that you are monetizing all the new debt, confidence will erode, rates will climb and this pyramid scheme will collapse.

And once confidence is lost, citizens can turn to land, gold, silver, natural resources and other hard assets as dollar alternatives.

…. MMT is a disaster in the making (although it may take a few years to play out). It could end in hyperinflation and the destruction of the dollar as a viable currency.

It’s OK to borrow money if you invest in highly productive assets. But, if you just spend the money to support a stagnant economy with handouts, you’re simply digging a deeper debt hole for yourself.

…. Eventually, you end up with default, inflation, higher interest rates, higher taxes or all of the above. The U.S. will go broke.

It’s not quite the rosy scenario that the MMT crowd would have you believe. ….

Like it or not, we are all part of this terrible experiment. It’s more about Big Brother and control than economics.

The ruling elite printing fake money is no different than weaving gold out of straw. It never worked and never will. Money doesn’t grow on trees, and neither does gold! This will not end well.

With a heavy heart, I have decided to sell my Chevy SSR. It’s a unique vehicle, fun to drive and has given us many good times. The SSR club is a great extended family. We’ve gone to many events, rallies and become lifelong friends with people we met along the way. 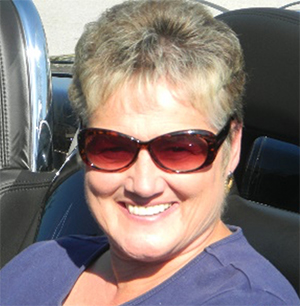 Since I began my cancer challenges, we have not been able to enjoy it like we used to. While I will miss putting the top down, driving around Daisy Mountain with Jo grinning from ear to ear, it is time to move on. It needs a new home with someone who will enjoy it.

While the truck may be gone, our friends remain with us.

Congratulations to Tampa Bay on their Super Bowl victory. I used to be a huge NFL fan.

I canceled my NFL subscription and DirecTV service. Apparently, they have lost millions of customers. We took our boxes to a UPS store to ship back. The lady told us they get 5-10 customers per week doing the same thing. AT&T bought DirecTV just before things started to fall apart. From what I read; the acquisition has not gone well. Sports used to be an opportunity to get emotionally involved and get your mind off the problems of everyday life.

Many things going on in the world today are beyond our control. Sometimes we need to put things in perspective. We must stay strong!

“You have power over your mind – not outside events. Realize this, and you will find strength.” — Marcus Aurelius, Meditations

Friend Snow C. shares some funny lines for our enjoyment: