It’s No Fun Living From Paycheck To Paycheck 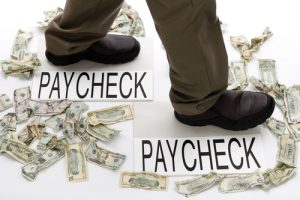 I thought I was clever in my early 20’s when I said to my car pool buddies, “How come there is so much month left at the end of the money?” As the month wore on, more brown paper sacks with peanut butter & jelly sandwiches appeared. Sometimes we traded snacks just like when we were kids.

We discussed how we felt like we were running on a treadmill but not making any progress. The most common fights were spouses nit-picking each other’s spending habits. Unexpected financial emergencies were catastrophes. The fear of an unexpected large expense always haunted you.

I was the company accounting manager and signed everyone’s paycheck. I looked at some of the top executives and thought to myself, “If I could just earn that kind of money I’d never have a money worry again.” Life is not quite as simple as I thought.

The Motley Fool article, “Older Americans Are More Afraid of Running Out of Money Than Death” does not paint a pretty picture. They cited several surveys concluding:

“Running out of money in retirement is a major concern for older Americans, especially since so many are considerably behind on savings.

…Here are some sobering statistics:

If running out of money in retirement is such a valid fear, why aren’t more people doing something about it?

Saving is not easy, nor is it fun

Once your income begins to rise, the natural inclination is to spend. How cool is it to finally be able to buy a new car, giant screen television or bigger home in the upscale neighborhood?

The old saying, “Pay yourself first, and learn to live on the rest” is a terrific approach to saving and accumulating wealth. Be forewarned, it’s easier said than done.

When your priority is saving, you can’t save and spend the same money. It’s frustrating; you feel you are still living from paycheck to paycheck; making sacrifices and living on a budget.

Eventually saving becomes fun, but it may take several years for you to be excited when you review your monthly reports. Each time you hit a new savings goal, go have dinner with your spouse and celebrate, you earned it!

It’s tough when your friends are driving new cars, spending money, enjoying themselves while you choose to do without to build a better future.

The hard lesson is, if you want to not constantly worry about money, earn more and/or spend less and learn to enjoy what you have!

Most people never catch on to the secret; rich or poor, it’s still possible to enjoy a comfortable retirement.

Some of the happiest people we know never were high wage earners. They bought a modest home, raised a family and lived within their means for decades. They saved their money, their lifestyle is modest, but comfortable for them, and they don’t worry about being able to continue their lifestyle for the rest of their lives.

A CNBC article, “Here’s how much the average family has saved for retirement at every age” highlights data from an Economic Policy Institute (EPI) data survey. Since 2007, the average savings for people aged 56-61 has dropped from $211,885 down to $163,557.

While $163,557 might get you a “C” in the classroom, it’s not going to cut it – unless you have one heck of a guaranteed, well-funded pension plan.

Saving is tough. To achieve your goal of financial independence you must do a lot better than average.

Personally, I find it sad. In the 1990’s our economy experienced one of the greatest economic booms in human history. The baby boomer generation earned exceptionally good money, yet they are standing by the finish line and have little to show for it.

Note that they do not provide a dollar figure. My wife Jo comes from a rural town in Indiana. Families can live comfortably with a $50,000 lifestyle and don’t have to accumulate nearly as much money as those living in high-cost urban areas. Many boomers are selling their homes and exiting California, Illinois, and New York, heading to other areas, (inside and outside of the US) where their money will last much longer.

Regardless of your age, it’s never too late to get a clear look at your situation and make the necessary adjustments – the sooner the better. No one wants to constantly worry about money until the day they die.

Let’s take a hypothetical example of Ozzie and Harriet Smith; both are 67. They earn a combined $75,000 and are saving $9,000 annually. If they retire today, they will receive a combined social security benefit of $3,000/month. They have managed to save $300,000 in their respective 401K accounts.

Can they afford to retire? How long will their nest eggs last?

Smart 401K provides a terrific Retirement Income Calculator that will help us answer the question.

Their projected needs are $4,000/month in income. The tool suggests 3% for inflation. We entered $3,000/month for social security income. Under Annual Social Security Increases they are conservative entering 0%, fearing congress will eliminate cost of living increases. (Something they are already considering.) 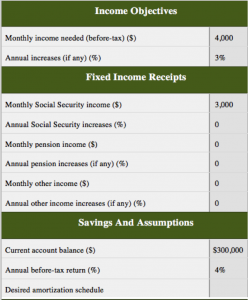 They have no other monthly income or pensions. Their current account balance is $300,000 and they anticipate it will continue to earn 4% annually. Hit the “submit” button and Bingo! The tool calculates they will run out of money in 16.9 years – around age 84.

They don’t like that and have some tough choices. They can work longer and/or downsize and spend less.

We will use the Investor.gov Compound Interest Calculator to see where they will be in five years.

Change the Current Account Balance in the Retirement Income Calculator to $608,730. The revised calculations estimate their money will last almost 30 years; they will be 102 years old. They both agree that barring any major catastrophe; if they work until age 72, they are probably going to be OK.

Regardless of your age, I urge all readers to run the retirement calculations NOW, using conservative estimates. If you are home free, great! Carry on and enjoy.

If you feel you will come up short, the sooner you get started making the necessary adjustments, the easier it will be. “How come there is so much life left at the end of the money” is not the least bit funny. Fearing running out of money worse than death has to be terrible. With a little effort and sacrifice, you can eliminate those fears and have some fun!

Congratulations to Stephen Veith, winner of last week’s contest. The photograph was a set of spurs in a roundabout on the north side of Wickenburg, AZ. He had the answer submitted within 10 minutes of the article being released.

Our hearts and prayers go out to those who were affected by Hurricane Harvey. Hurricanes are not the least bit funny.

In 1997, Jo and I lived on the beach in Pensacola when Hurricane Danny hit the Gulf Coast. Our home was built to withstand 150 mph. winds. It was a category 1 hurricane so we figured no big deal, it was moving quickly; we decided to ride it out. Danny stopped in Mobile Bay and pounded us. You could feel our stilt home move with the wind gusts.

We looked across the road to the Gulf of Mexico and saw huge waves, like nothing we had seen before. We never lost power, but realized we were trapped until the storm was over.

We vowed, “never again”! Get out of harm’s way. Don’t wait for official word to evacuate, by then the roads are crowded and motels are full.

We experienced a few more hurricanes before we decided to sell our beach home. One constant is what we are seeing in Houston. Americans both inside and outside the community come together to help the victims.

We didn’t have all the political crap in those days. A natural disaster should not be a political event. It’s no wonder the politicos and media are held in such low regard.

Speaking of ridiculous politics, trying to make sure no one is offended: 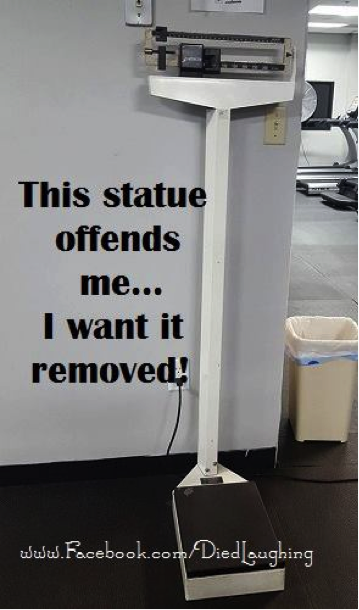