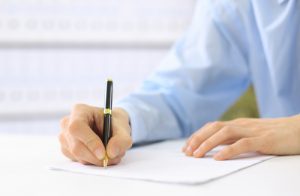 I read your article in the Wall Street Journal titled, “How the Fed Saved the Economy”, with the byline “Full employment without inflation is in sight. The central bank did its’ job. What about everyone else?”

It was written to promote your new book, “The Courage to Act: A memoir of a Crisis and it’s Aftermath.”

Mr. Bernanke, your arrogance awarding yourself a gold star for courage is overshadowed by the total deception of your premise:

“What the Fed can do is two things: First, by mitigating recessions, monetary policy can try to ensure that the economy makes full use of its resources, especially the workforce. …Second, by keeping inflation low and stable, the Fed can help the market-based system function better and make it easier for people to plan for the future.

How has monetary policy scored on these two criteria? Reasonable people can disagree on whether the economy is at full employment. The 5.1% headline unemployment rate would suggest that the labor market is close to normal.

…. But there is no doubt that the jobs situation is today far healthier than it was a few years ago. That improvement (as measured by the unemployment rate) has been quicker than expected by most economists, both inside and outside the Fed.

…. It is encouraging to see that the U.S. economy is approaching full employment with low inflation, the goals for which the Fed has been striving.”

Your comment, “the labor market is close to normal” is a misrepresentation. In January 2016 Fox News proclaimed, “December Jobs Report Crushes Expectations, With 292,000 New Jobs”. They add, “Today’s job numbers should be soothing to (Federal Reserve Policy Makers), to markets and to workers…”

We can count on David Stockman, Paul Craig Roberts, and others looking behind the curtain at the real data and tell us what’s really going on. Roberts tells us:

Stockman concludes, “The real news flash in the December “jobs” report, ….the domestic economy is dead in the water. We are not on the verge of “escape velocity”, ….the US economy is actually knocking on the door of recession”.

Federal Reserve Bank of St. Louis President James Bullard said Friday a significant change in his economic outlook has led him to believe the central bank has very little in the way of rate rises ahead of it.

…. In his statement Mr. Bullard…did explain the outlook holds for a policy rate of 0.63% over the next two and half years, in an “essentially flat” path for Fed interest rate policy.

For nearly a decade your policies have not improved the economy, nor have you made it easier for “people to plan for the future”. You failed!

When you told us the Fed’s mandate is to reduce unemployment, you neglected to mention the primary purpose of the Fed is to protect the banks at all cost.

Much like OPEC, the Federal Reserve is a cartel owned by a dozen private banks that compete in the marketplace – meeting behind closed doors. Fed members band together to interfere with the natural market forces of supply and demand (in this case money) to insure that all member banks remain solvent. Your “courageous” bank bailout was accomplished at the expense of seniors and savers.

I’ve seen estimates that your policies saved the banks over $2 trillion in interest expense that would have been paid to savers. Terry Burnham more aptly describes your actions this way: “…. the members of the Fed become reverse Robin Hoods as they take from the poor (and unsophisticated) investors and give to the rich (and politically connected).”

In the words of famous economic historian William Gouge: “The Bank was saved, and the people were ruined.”

What about everyone else?

In the past you have eluded to the effect of your Zero Interest Rate Policy on seniors and savers as “collateral damage.” That’s a term used by someone high above the ground, out of harm’s way. Those on the ground call it “catastrophic damage”.

Here are the effects of your Zero Interest Rate Policy on “everyone else”. Public Agency Retirement Services recently reported,

“Public pension funds from California to New York are cutting investment-return predictions to their lowest levels since the 1980s, a shift that portends greater hardships for employees and cash-strapped governments as Americans age.

New upheavals in global markets and a sustained period of low interest rates (emphasis mine) are forcing officials who manage retirements for nearly 20 million U.S. beneficiaries to abandon a long-held belief that stocks, bonds and other holdings would earn 8% each year, as well as expectations that those gains would fund hundreds of billions of dollars in liabilities.”

Your policies make it impossible for individual investors or pension fund managers to generate adequate income without taking significant risks.

The catastrophic fallout of your decision has yet to come. When the junk bond market collapses several generations will face horrendous benefit cuts coupled with more bailouts bankrupting the nation. Mr. Bernanke what you have done to our nation is morally wrong!

“His policy of preemptive restraint during the economic upturn after 1983 increased real interest rates and pushed Congress and the president to adopt a plan [the 1985 Gramm-Rudman-Hollings bill] to balance the budget….” (Emphasis mine)

Bernard Shull outlines the public reaction in his book, “The Fourth Branch: The Federal Reserve’s Unlikely Rise to Power and Influence”.

“Volcker’s Federal Reserve board elicited the strongest political attacks and most widespread protests in the history of the Federal Reserve (unlike any protests experienced since 1922), due to the effects of the high interest rates on the construction and farming sectors….”

Farmers from across the country drove their tractors to Washington and protested in front of the Federal Reserve building.

Mr. Volcker had the courage to address the underlying cause of the problem. His courage forced congress to do the right thing, pass a law to balance the budget – as he stood tall despite the public outcry.

The fact that congress has ignored the law and continued spending recklessly is more the reason for you to step up.

You blew your chance to be courageous. The banks were collapsing under the weight of “toxic loans”. The government is forcing them to lend to those with poor credit. You remember, the NINJA loans (No income, no job, no assets).

Instead of insisting that congress step up 8 years ago, you made it easy for them not to. Now subprime mortgages are surging again. CNBC reports, “5 biggest banks now own almost half the industry”. You did nothing to address the underlying cause and it’s just a matter of time before we have another collapse and bailout.

Your recent comment, “Fiscal-policy makers in Congress need to step up” is too little, too late.

Compared to Mr. Volcker your actions are cowardly, not courageous.

I agree with you, “Congress needs to step up”. They can begin by eliminating the Federal Reserve. Your actions have demonstrated once again the real goal of the Fed – “The Bank was saved, and the people were ruined.” 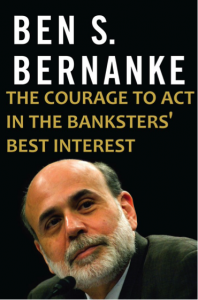 I will not buy your book, I no longer read fairy tales.

I found the British vote to exit the European Union interesting. I wonder if they will declare an “Independence Day” holiday as many former colonies have done celebrating their independence from the United Kingdom? They should, once the separation is complete. It was a courageous decision.

I hope everyone enjoyed the long holiday weekend.

Last week I mentioned taking the young grandsons to a Cub game in Cincinnati. Hopefully they are raised properly as “Cub fans” in the middle of St. Louis Cardinal territory. We took one giant step in that direction.

Grandson Braidyn (11), (wearing his Cubs shirt and hat) was standing by the bullpen where pitcher Kyle Hendricks, warmed up before the game. When they finished, catcher Willson Contreras tossed him the ball. I think I was just as excited as Braidyn was. How many of us would have loved a ball when we were kids?

The ball has been appropriately marked and sits appropriately on a bookshelf. Decades ago I got a foul ball in the Astrodome, marked it with the particulars and it has been passed down to grandchildren. Hopefully he will do the same – and remain a Cub fan.

Some more cute senior inspiration from my wife Jo:

And her favorite – (she is terrified by spiders)…