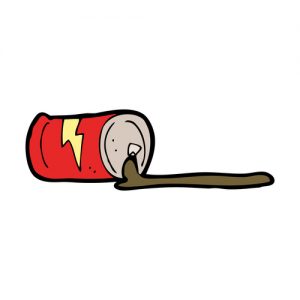 What is it about politicians? When they have budget problems, their solution is to contrive all kind of excuses to create and raise taxes. Cost cutting is seen as performing an unnatural act. The newest gimmick is a “Soda Tax”, basically a tax on sugary beverages. Philadelphia started the trend. Their efforts are fizzling out and causing problems.

Berkeley, San Francisco, Oakland, Albany (CA), Boulder. Seattle and Cook County (Chicago) IL have also jumped on board. The politicos view the tax as a win for everyone. People will consume less sugary beverages and not get fat, while the funding can be used for inner city projects.

Philadelphia imposed a 1.5 cents per ounce tax on most sugar based drinks or artificial sugar substitutes. The goal is to raise $7.6 million per month in revenue.

Philly.com published a great article, “The Soda Tax: Will Your Favorite Beverage Cost More?” Here are a few examples:

Not to be outdone, Seattle Mayor, Ed Murray, who wants to be known as the most progressive mayor in the nation, proposed a $.02 cents per ounce tax. His reasons were, “Improve health by reducing consumptions of sugary drinks, and fund education programs aimed at improving the graduation of minority youth.”

The mayor received backlash and changed the plan to 1.75 cents on sugary drinks while adding diet soda to the list of items to be taxed.

Determined to silence local critics who have suggested he isn’t America’s most progressive mayor (Emphasis Mine), Seattle’s Ed Murray has packed so much conflicted social justice into a simple soda tax no one in the Emerald City is quite sure what to make of it.

After it was suggested to him his proposed two-cents-an-ounce tax on soda sweetened with sugar would be borne disproportionately by the poor and people of color, Murray lowered the levy and included all sweetened drinks, including diet soda.

Diet drinks, Hizzoner reasoned, were more likely to be consumed by “upper middle class white people.” It had become for him “an issue of equity,” a way to tackle “white privileged institutionalized racism.”

While I’m not going to deal with his racial remarks, it’s just another politician pandering for votes with little regard for the consequences.

So how’s it working in Philadelphia?

After two months Philly.com reports, “Soda companies, supermarkets report 30-50% sales drop from soda tax.” So, why aren’t the politicos dancing in the streets, they are changing the behavior they wanted to change?

“The city predicted a 27 percent sales decline industry-wide as a result of the tax but early returns from some beverage sellers show higher losses, fueling a resurgence of the anti-soda tax coalition that fought vigorously against the tax last summer.

To hit its annual target, the city needs to collect $7.6 million a month in tax revenue. …Early projections from the city’s quarterly manager’s report predict only $2.3 million will come through in the first collection.”

They have not changed behavior:

Jeff Brown, CEO of Brown’s Super Stores, which manages six ShopRite stores in the city, said beverage sales were down 50 percent …compared with the same period in 2016. More concerning, he said, is a 15 percent dip in overall sales at city stores.

“People didn’t change what they drink,” Brown said. “They changed where they’re buying it.”

“We’re one block out of Philadelphia, in Delaware County, and you can’t imagine how many stores are coming to our warehouse and picking up our soda. I don’t care what they do – they’re coming here as a cash-and-carry. Our doors are open to everyone,” he said. “We don’t police where it’s going.”

The buy elsewhere premise may be accurate. The National Institutes of Health publication, “Can Soft Drink Taxes Reduce Population Weight?”, concludes: “Our results suggest that soft drink taxes influence BMI, but that the impact is small in magnitude.”

“…Brown said he suspects he will lose about 300 people, which amounts to one-fifth of his total workforce voluntarily and through layoffs in coming months.

Bob Brockway, chief operating officer of Canada Dry Delaware Valley, said sales were down 45 percent in Philadelphia. The company will lay off 20 percent of its workforce the first week in March.”

“…Pepsi said Wednesday that it will lay off 80 to 100 workers at three distribution plants that serve the city.

“Unfortunately, …we have been forced to give notice that we intend to eliminate 80 to 100 positions, including frontline and supervisory roles.”

The response from Philadelphia Mayor Kenney is laughable:

“I didn’t think it was possible for the soda industry to be any greedier,” Kenney said in an emailed statement. ” … They are so committed to stopping this tax from spreading to other cities, that they are not only passing the tax they should be paying onto their customer, they are actually willing to threaten working men and women’s jobs rather than marginally reduce their seven figure bonuses.”

I recently wrote, “Politicians Should Not Be Allowed To Run For Public Office.” What a perfect example! A politician who feels corporations should absorb taxes has no clue about the private sector. Geesh!

Meanwhile, back in Seattle:

Perhaps Mayor Murray will be pleased with the diversity and fairness. Engineers, beverage workers and those who lost their jobs when Seattle raised their minimum wage to $15/hour will all commingle in the unemployment line.

Woodrow Wilson (the Godfather of the progressive movement) would be proud.

Meanwhile the few remaining taxpayers will be asked to carry the load. Much like Philadelphia, when they complain they will be labeled as greedy.

There is some good news

The public will find ways around the system. Jobs will be created – a black market distribution system will be spawned.

Remember the movie, “Smokey and the Bandit?” In 1977 it was illegal to sell Coors east of the Mississippi River without a permit. Truck driver Bo “Bandit” Darville (Burt Reynolds) agrees to pick up the beer in Texas and drive it to Georgia within 28 hours. Sheriff Buford T. Justice (Jackie Gleason) embarks on a high-speed chase after Bandit. It was a hilarious movie.

The demand for sweetened beverages will remain high and enterprising entrepreneurs will find a way to work around the system and beat the tax. NASCAR was spawned from bootleggers during prohibition. Might we see races with unmarked delivery trucks in the future?

Draconian taxes have affected the cigarette industry, as politicians do their social engineering to raise tax revenues. I’m sure many politicos hope the soft drink industry will soon follow.

Some politicians seem to feel they are smarter than the common people and know what is best for them – whether they like it or not. Soon after the British voted to leave the European Union (EU) The Express reported, “Juncker (President of EU) ORDERS Europe: Don’t hold any more referendums as voters will choose to LEAVE.”

“JEAN-CLAUDE JUNCKER has begged EU leaders not to hold in-out referendums because he fears it will backfire and voters will choose to LEAVE.

Terrified Mr. Juncker admitted he knows European’s have a “lack of love” for the Brussels club.”

What ever happened to representative government? Big Brother wants to take away our soda pop. The public is fed up with a government telling us what we can eat, drink or put in our child’s school lunch box!

The City of Santa Fe, NM put the idea of a soda tax to a vote. The Albuquerque Journal reported:

“…Santa Fe voters soundly rejected a proposed 2-cents-per-ounce tax on the distributors of sugar-sweetened beverages in a special election unlike anything New Mexico’s capital city has seen before.

A record 37.6 percent of registered voters turned out for the election – more than the hotly contested 2014 three-way race for mayor won by Javier Gonzales, who proposed the tax – and 58 percent voted “no.”

I wonder what would have happened if the other locations put the tax to a popular vote instead of the local politicos deciding what is best for the people?

Remember the 1970’s commercial, “Leggo my Eggo?” Maybe the voters are telling Big Brother to “Keep your paws off my pop!”

The Seattle mayor may soon be known as the most progressive ex-mayor in the country. Right after completing this article, he announced he won’t seek re-election – for reasons having nothing to do with this article.

I was asked if I still wanted to run the article. Darn right! The purpose was not to influence elections – but rather to educate our readers. Should a soda-tax be proposed in your town, you will know the facts.

When you receive this week’s article, Jo and I will be tootling across Texas in our van. Like the lyrics of the famous song, we will be heading, “From the mountains, to the prairies, to the oceans white with foam.”

We are excited about seeing our grandson Jacob graduate from high school, and will be together with four generations of the Miller family. How cool is that? Life is good!

I hope everyone had a wonderful Mother’s Day. Good friend, Courtenay W. sent along something special:

Things our mothers taught us: