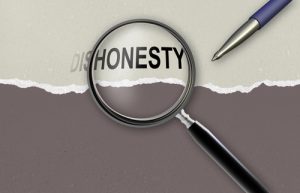 My life changed radically in 2008. I have written about the government pulling the financial rug out from under retirees. Today I will venture into new, uncharted territory.

In 2011, using information gathered from the Freedom of Information Act, Bloomberg reported:

“The amount of money the central bank parceled out was surprising even to Gary H. Stern, president of the Federal Reserve Bank of Minneapolis from 1985 to 2009, who says he “wasn’t aware of the magnitude.” It dwarfed the Treasury Department’s better-known $700 billion Troubled Asset Relief Program, or TARP.

Add up guarantees and lending limits, and the Fed had committed $7.77 trillion, as of March 2009, to rescuing the financial system, more than half the value of everything produced in the U.S. that year.” (emphasis mine)

I wrote my congressional representatives urging them to vote NO on the bank bailout. The Huffington Post tells us, “The disgust is bipartisan, with 87 percent of Republicans and Independents opposing future bank bailouts, along with 81 percent of Democrats.”

One of our state senators voted for the bailout. I was astounded when I saw him on television admitting that 90% of the people who contacted his office opposed to the bailout. His arrogance continued when I received his email justifying his decision.

My response was clear.

“Senator, in the words of Clark Gable, ‘Frankly I don’t give a damn’ how you feel. You are hired and paid by us, the voters, to represent us in Washington. If 90% of the people that hire and pay you feel that strongly on any issue, it is your job to represent us.”

I did not get a reply.

I was too busy feeding my family to be politically active in the 1960’s. I’ve always been a registered independent. I am not prejudiced; I dislike both political parties equally. Frankly I don’t give a damn whether there is a D-R-I or a smiley face next to his/her name.

The politicos forget they are hired to represent us, and our interests in Washington. The ruling class has been governing against the will of the majority for years.

Remember the “Contract with America”? It was a pushback against the power and control of the central government. The conservative Heritage Foundation concluded, …”it became obvious that only a substantial change in the U.S. Congress could lead to the revolutionary transformation of America sought by conservatives for decades.”

What were some of the planks in the contract?

You get the point. While many politicians campaigned on those issues, when it came to a vote, in too many cases special interests prevailed.

I went to Washington with approximately a half-million new friends as part of the Tea Party Movement. It truly wasn’t a democrat/republican issue. It was concerned citizens that want the government representing us, the voters, versus a powerful central government acting as puppets for special interests and large political donors.

The media and Washington elite from both parties ridiculed the Tea Party and called them dumb, clinging to their guns and God.

Washington continues to ignore the people. Opinion polls show the majority of Americans oppose unlimited immigration, welfare for those in the country illegally and Obamacare. One party governs against the will of the majority, while the other feigns (wink! wink!) resistance.

In recent elections Republicans promised to push back against big government. The voters gave them control of the House of Representatives and nothing changed; they said they needed the senate. When given a senate majority, nothing changed. When it’s time to vote, the career politician party leadership explained what is really in their best interest. Screw the voters!

I’m reminded of the Johnny Cash song, “Rock Island Line”. I’m sure the Washington elites would look down on these dumb “country boy” lyrics.

At election time the politicians are pulling up to the tollbooth lying to the voters – they got cows, pigs, sheep and mules – “I got all livestock”. When they get into office, they think they fooled us and deliver the same old pig iron.

I am not telling anyone who to vote for. I shudder to think either candidate is the best this country has to offer; they have earned their unfavorable ratings.

I’ve driven across America and felt the pulse of the nation. I’ve spent months in the “Guns and God” country and see hundreds of farmhouses with American flags towering above their roofs. I see thousands of campaign signs and bumper stickers.

Working class Americans are on to the game. They’re sick and tired of lies; being promised pigs and getting the same old pig iron!

The public is no longer fooled.

The 2012 voter demographics by county show a clear division: 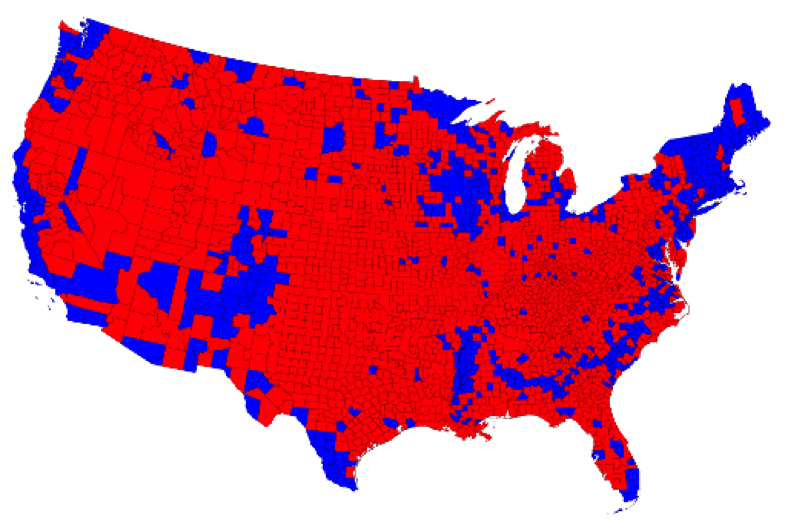 Donald Trump has pushed back against the “politically correct” rhetoric; he’s stirring up a hornet’s nest. The elites, mainstream media, and both democrat and republican leadership appose him.

The mad hornets nest is growing. Is it large enough to form an “anti-government” party that can be effective?

The Heritage Foundation is wrong about the “Contract with America”.

It takes a reformation president working with a reformation congress to change the establishment. True reform requires “career establishment political leadership” to put the needs of the nation ahead of their own personal interests – something they are incapable of doing.

No matter who is elected, the establishment must quell the voter hissy fit!

Why am I afraid?

In 2012, embarrassed Russian academic Igor Panarin followed up his incorrect prediction of a 2010 US breakup:

“My forecasts seem to be coming true. …Among other things, the protests in the US have highlighted the ever-deepening split within America’s ruling elite….

Military analyst and Vietnam War veteran Thomas Chittum warns that the United States could face Balkanization and a ‘second civil war’ based on racial conflicts by 2020.”

The increasing number of police shootings, terrorist incidents and violent demonstrations has the nation on edge.

Theoretically the Constitution allows for a peaceful revolution every four years. I hope Mr. Panarin continues to be wrong and peaceful changes take place.

I read about a democrat staffer being murdered, or a witness scheduled to testify being found dead:

“…(P)olice said Thursday that his throat had been crushed, presumably by a barbell he dropped while pumping iron,…. There was no evidence at the moment to corroborate…foul play….”

The “political establishment”, governing against the will of the majority, has already used the FBI, IRS, military and Justice Department to punish their political enemies and hide their misdeeds. Rogue prosecutors make up phony evidence to further their own careers.

A federal judge proclaims, “No Value in Studying US Constitution”. He believes “18th century guys” could not foresee today’s world. Judge for yourself:

The powerful elite in Washington should be afraid. “We the People” are on to the game of lies. They understand the “he said, she said” garbage that dominates the nightly news is merely a diversion.

This is my first attempt at a purely political blog. I do not intend to make this website a political forum, there are plenty of those available. Next week I will get back to normal.

I would welcome any and all feedback from readers this week. I don’t mean to offend anyone.

The mainstream media (print, radio and television) all selectively push their flavor of political agenda. Their goal is to influence elections. The bias is sickening.

Athletes, sportscasters and the Weather Channel use their forum to make political statements. We used to go to those channels to be entertained and get away from the stresses of daily life. I want to enjoy the game, not get a political lecture in the process.

I just wish the media would give us the news, the full story, and recognize it is their job to educate the public, so the voter can decide who has the right to govern. Today most people don’t know what to believe.

We should not be afraid of our government!