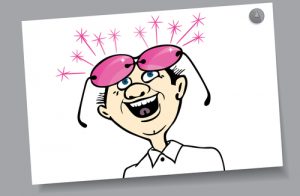 I’m excited! We’re in for a real treat. We’re going to gain a unique look at what’s going on in the world and how we can protect ourselves.

I’m a long-time subscriber to Richard Maybury’s “US & World Early Warning Report”. Richard offers a different perspective from any other newsletter I subscribe to. His candid approach to tackling tough issues is refreshing.

I’ve recently interviewed experts who warn of tough times ahead. Richard’s latest newsletter added some different concerns that can affect all of our retirement plans. He was kind enough to agree to an interview.

DENNIS: Richard, on behalf of our readers thank you for taking time for our education. There are a lot of warning signs regarding economic turmoil ahead. You recently brought up something I had not thought of, and it concerned me – trade restrictions & tariffs. Let’s start there.

RICHARD: Dennis, thank you for inviting me. You do great work, and it’s an honor to be here.

To prevent misunderstandings, before we begin I’d like to make something clear. When I criticize the government, I am not criticizing my country. The country and the government are not the same thing. I love America and would not want to live anywhere else. But for a half-century, ever since my experiences in the Air Force – ever since seeing how U.S. officials operate in other nations – I have considered the government to be my country’s most dangerous enemy. I like Mark Twain’s explanation:

“You see my kind of loyalty was loyalty to one’s country, not to its institutions, or its office holders. The country is the real thing, the substantial thing, the eternal thing; it is the thing to watch over, and care for, and be loyal to; institutions are extraneous, they are its mere clothing, and clothing can wear out, become ragged, cease to be comfortable, cease to protect the body from winter, disease, and death. To be loyal to rags, to shout for rags, to worship rags, to die for rags – this is loyalty to unreason, it is pure animal; it belongs to monarchy, was invented by monarchy; let monarchy keep it.”

Trump came to power on the promise to escalate the trade war, and he’s doing it. I think he and his advisors are mercantilists.

DENNIS: Richard, I’m with you. Our readers understand. I criticize the political class regularly, and it’s not taking sides. The bigger a government gets, the more they govern against the will of the people – and become the enemy.

Please explain what you mean about mercantilism…

RICHARD: Mercantilism is an economic philosophy that was popular in Europe in the 1500s to 1700s. Those were the days when people also believed in disease being caused by evil spirits, gold could be made from lead, and divine right of kings.

Mercantilism said the measure of a country’s economic success is not the goods and services making the typical person’s life better, but the amount of money accumulated within the borders of the country.

RICHARD: Certainly. But a mercantilist puts money first. It does not matter if the whole population is jobless and starving as long as money is piling up.

DENNIS: Do you feel Trump believes that?

RICHARD: I’m not a mind reader. I only know the direction he’s moving. His desire for a trade surplus with, for instance, China, means he wants to pull these little slips of paper called money into America and ship valuable goods out. It’s crazy. As things stand now, the Chinese are sending us boatloads of steel and other valuable goods, and we are shipping them bales of worthless paper money. Trump wants to reverse this. He wants our warehouses packed with slips of paper, and those of the Chinese filled with steel, aluminum, etc.

DENNIS: You make him sound like an economic dunce.

RICHARD: The question before us is simple. Do we want those pieces of paper, or do we want things that are real and valuable? Trump wants the confetti. And it’s not just him; it’s his advisors, too. They say they’re behind him on this. But escalating the trade war means they want more confetti coming in, and more real goods going out.

DENNIS: Interesting. Our Toyota was built in Evansville, IN. I prefer both the jobs and goods in America and the little slips of worthless paper going offshore.

In one of your Early Warning Reports, you mentioned the failure of politicians and bureaucrats to remember the Smoot-Hawley tariffs.

RICHARD: Yes, in 1930, U.S. politicians decided to escalate the trade war, by levying the Smoot-Hawley Tariffs. Other governments retaliated, and the tit-for-tat trade restrictions quickly spread around the world, turning a recession into the Great Depression.

The joblessness led to the rise of Hitler and other lunatics, which led to World War II, the worst conflict in all of history. Trump apparently has the same mindset as Senator Smoot and Representative Hawley. But practically no one these days studies economic history, and now Trump is repeating it.

RICHARD: Absolutely. The depth of the Trump gang’s economic ignorance is breathtaking. On March 2nd, he actually said, “trade wars are good, and easy to win.” This shows an astounding degree of cluelessness. Contrast it with the warning by the great libertarian economist and legal scholar Frederick Bastiat (1801-1850): “When goods do not cross borders, soldiers will.” (emphasis mine) There’s hardly anything that will trigger a shooting war as fast as governments trying to destroy businesses and jobs in each other’s countries.

Some feel that Trump is not serious about tariffs and is just trying to renegotiate a trade deal; however; “Trade wars are good and easy to win” also concerned me.

When you couple U.S. wages with our heavy governmental regulations on business, you should expect your competition to have a significant advantage in the marketplace.

While I don’t want to debate NAFTA or other trade agreements, how does a country reverse a bad trade agreement, or perhaps reverse course, without starting a trade war?

RICHARD: Two good examples to follow are the Hanseatic League and the Kennedy Round. The Hanseatic League, in the 14th to 17th centuries, was a group of cities in Europe that practiced much freer trade among themselves. Because of this, they became far more prosperous than other cities.

The Kennedy Round in the 1960s was free trade talks among scores of governments led by Washington. Able to point to the example of nearly total free trade among the 50 U.S. states, which produced the most prosperous country ever known, U.S. officials persuaded 66 ruling regimes to move back in the direction of free trade. And it worked. The whole world experienced the greatest era of abundance ever known until that time.

Dennis again. I want readers to know I have no financial arrangement with Richard or his company. I’m happy to recommend his “US & World Early Warning Report” in exchange for him kindly taking his time for our benefit.

I’ve decided to continue this interview next week. Richard shares his thoughts on our never-ending wars and how they might end…. Stay tuned, it’s really interesting!

The tariff issue is complicated, which is why I asked an expert for help. I’ve concluded that a tariff is like many government ideas – a great theory that can backfire! Tariffs are done for political reasons, much like raising the minimum wage. While those who benefit directly love the politicians, their customers may suffer unintended consequences.

Bill Bonner’s recent article, “Why Trump Will Lose His Trade War” explains it this way:

“Meanwhile, Harley-Davidson came forward and explained to the president why a trade war is a losing proposition. Bloomberg:

“The motorcycle maker is warning that Trump’s tariffs on steel and aluminum could drive up costs. European leaders’ threats of retaliation – which have specifically called out the iconic American company – also risk hurting sales overseas.”

…. Trump’s trade tariffs will hurt the very heartland industries he pledged to help.

Harley-Davidson and every other decent business are forced to compete in a win-win world – by satisfying customers every day. …. Already, Harley sales are falling all over the world.

Business leaders are … like the rest of us, … subject to influence. …. They’d much prefer “protection” to competing honestly.

But protection is among the worst things you can give to a business; you may as well tell your children not to bother with their homework.”

What’s next, a tariff on Kawasaki? A tariff is like a shot of Novocain. It may hide the pain temporarily, but it does nothing to cure the cause of the problem.

I’m with Richard – a truly free market, without government intervention, is probably the best long-term solution. Governments worldwide have infused themselves into the market to the point that I’m not sure free market capitalism still exists.

Let’s hope they don’t get their dander up about a trade war because the world will suffer. Richard will weigh in on that subject next week.

We’ve been watching the storms batter most of the country on the Weather Channel. March has roared in like a lion. If the old saying turns out to be correct, it should go out like a lamb. I sure hope so as Daughter Holly and family decided to come out for spring break the last week of the month.

Jo and I watched the Cubs in Mesa and it was a beautiful day for baseball. It was the first game their new star pitcher Yu Darvish pitched for the Cubs. We saw a real oddity in the first inning. The Dodgers scored a run. For the inning, they hit the ball only once and it went foul. Two walks, a stolen base and wild pitch accounted for the run – while he struck out the side. 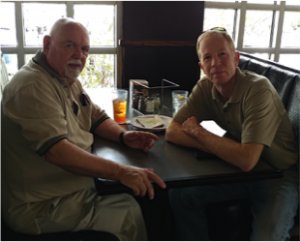 Subscriber Rick G. lives in Iowa and comes out for an annual spring visit to enjoy our warmer climes. He was kind enough to take time away from his vacation to join me for lunch.

I really enjoy meeting and talking with our readers. We are all in the same boat, trying to figure out how to make our nest egg last for the rest of our lives and enjoy the ride as long as we can.

Rick gave me some good input for future columns and I hope to begin working on the ideas shortly.

Snow C. has supplied our closing thoughts for this week: 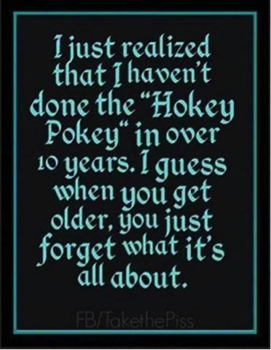 One of my favorite parts of aging is realizing that real beauty is inside the heart! 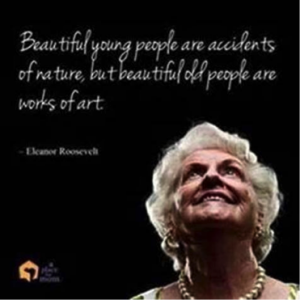