Retirement is NOT Like Being On A Permanent Vacation 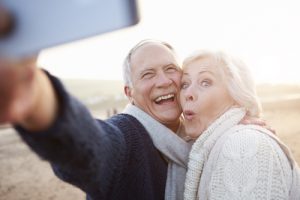 During an interview with David Holland on his “Plan $tronger” television show he said, “Retirement is NOT like being on a permanent vacation”. Having been retired for over a decade I believe he is spot on!

During spring break we put over 1,000 miles on the car driving grandchildren all over Arizona. Our youngest remarked, “Grandpa, being on vacation can be a lot of work!” Amen to that!

Once the magic retirement date is set, it changes most people’s mind set. In the Marine Corps, they called it the “short timer’s attitude”. The drama of everyday job stress doesn’t seem to matter as much. You are mentally shifting gears into planning what you want to do with the rest of your life.

Don’t take things too seriously. Most retirees discover what they thought retirement would be like (and how they wanted to spend their time) is not what it turns out to be. Friend Roy H. wanted to play golf every day. He did for a few months and then remarked, “Playing golf every day is like getting up and going to a job.” He cut back, enjoys the game even more and has free time for other things.

I was a terrible marksman in the Marine Corps. When I retired, I took up target shooting and spent countless hours developing my skills. Eventually it got boring. So far I am loving my encore writing career and am having fun with it.

Why is retirement different from a vacation?

When you are working and go on vacation, it is for a specific time period and you receive your normal paycheck. With the exception of those on government pensions, the income certainty of a regular paycheck disappears once you retire. Your attitude about spending money changes.

Gary Shilling writes about “Why Consumers Aren’t Spending”. He notes that consumer confidence has risen sharply, yet retail sales growth has trended down. He discusses the challenges many baby boomers face:

“….When the postwar babies born between 1946 and 1964 were in their mid-20s to mid-50s, the saving rate of those age groups was plummeting. So many now must save vigorously and are pushing up the household saving rate.

Older people are cautious spenders… A recent study found that Americans in their 60s and 70s start to spend less even when they can afford to enjoy their life’s savings.(Emphasis mine) People spend 2.5 percent less per year between 60 and 70, and cut back even more in later years. Many become risk-averse as they age since they are progressively less able to work to cover unexpected expenses.”

Many of our friends, including those who have a sizable nest egg, have become super shoppers, saving money everywhere they can. Mr. Shilling noted the trend:

While retirees may have plenty of money, Taco Tuesday, military discounts offered by Home Depot & Lowe’s, senior discounts and credit card rebates are regularly discussed at community gatherings. There are plenty of websites that make it easy to compare credit cards and their rebate programs.

Seniors take pride in being good shoppers. They have the time to research and are putting that time to good use saving a lot of money over the course of a year. The fear of running out of money before you die is real – not just theory.

For many the nest is empty, the stresses of the everyday job are gone and it’s time to explore and experiment with things you may have put off or always wanted to do. While trips and vacations may be more frequent, most confide that it feels good to get back home and into your normal daily routine. Everyday life and routine feels very comfortable.

The Biggest Enemy of Retirees?

Boredom! I told my friend Roy H. that my biggest retirement fear is waking up in the morning, scratching the last item off my “to do” list and wondering what I would do for the rest of the day. He grinned and responded, “What’s a To Do list?” Roy, and many other friends echoed the same message; “After you have been retired for a couple years you will wonder how you found time to work a full time job.”

Today I would echo the message; however I found there was a transition period. There were times I would do something that sounded unappealing because, “What else did I have to do?” As I look back, it was a great time to try and/or learn new things of interest.

One common concern for many is money. Many want to feel productive and have fun. If they are going to work it should be in a job that has little stress and good co-workers that enjoy what they are doing.

I’ve conducted some informal, totally unscientific surveys; asking seniors at Wal-Mart, McDonalds, Ace Hardware and Home Depot how they enjoy what they are doing. The most frequent responses are:

The happiest retirees I know are not really retired, they are just no longer working full time in what may have been their career occupation. They are doing things they enjoy, feel productive and have much more control over their own schedule. None complain about their job, yet they talk about the day to day challenges and enjoy solving problems and overcoming them.

As a young man I was a member of the Office Management Association of Chicago. At one of our meetings I mentioned I planned to use my summer vacation to paint the house. I was quickly cautioned by several at the table to use some of that time to take the family and go have some fun. One friend sent me a study they had produced.

While paid vacations were the norm, the underlying premise was a benefit to both the employer and employee. Their studies concluded that employees who took their scheduled vacations were happier and more productive than those who accumulated vacation days and never used them. The physical and mental break from the regular routine allowed the employees to mentally recharge their batteries.

Retirees should plan regular “fun” vacations, use them to break their normal routines – go and enjoy. Planning is half the fun. Establish a comfortable budget so you are not worrying about the money you spend – even though you no longer receive a regular paycheck. Vacations are no fun if you are constantly worrying about money.

Ballad of America offers us the history and lyrics of the famous folk song, “Home Sweet Home”:

“Home Sweet Home was written by American lyricist John Howard Payne and English composer Sir Henry Bishop for an opera that was first produced in London in 1823. The song became hugely popular throughout the United States, and was a favorite of both Union and Confederate soldiers during the Civil War.”

Most people are familiar with the first verse:

“Mid pleasures and palaces
Though I may roam
Be it ever so humble
There’s no place like home.”

Retirement is NOT a permanent vacation, it is even better. Even the wealthiest people soon realize remaining productive enhances their self-worth. The goal is to be able to march to your own drummer. Scheduling your time and money to enjoy the rest of your life is well worth all the sacrifices and hard work you put in to get to that point.

One final tip. Don’t look back and fret. Use what assets you have and budget your time and money to enjoy the rest of the ride.

Last week I mentioned we needed some rain in Indiana. Right after the article hit my inbox, the skies opened up and it rained for two days. Several baseball games were cancelled, and the farmers breathed a sigh of relief. While driving through a rural area, Jo remarked you can hear the corn going, “Ahhhhh!” My hearing aids aren’t that good.

Next Thursday we will be packing up to leave Indiana and head back to Arizona – with a weekend visit to Branson, MO along the way. We will be celebrating our wedding anniversary a few days late. It’s been several years since we have been there, it will be interesting to see how it has changed.

Friend Rob G. sent along some cool car billboards. I hope you enjoy them as much as I did. 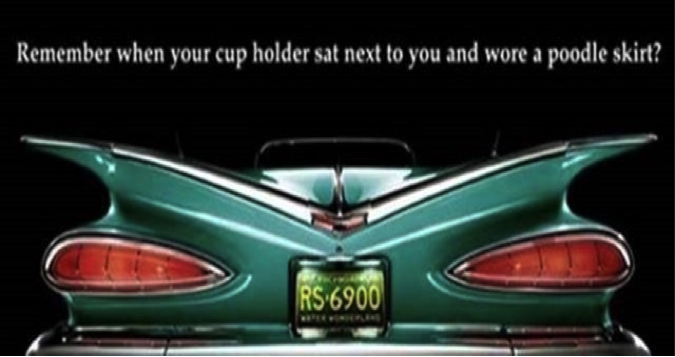