Say NO to the Fedcoin Scheme – It’s a Trap! 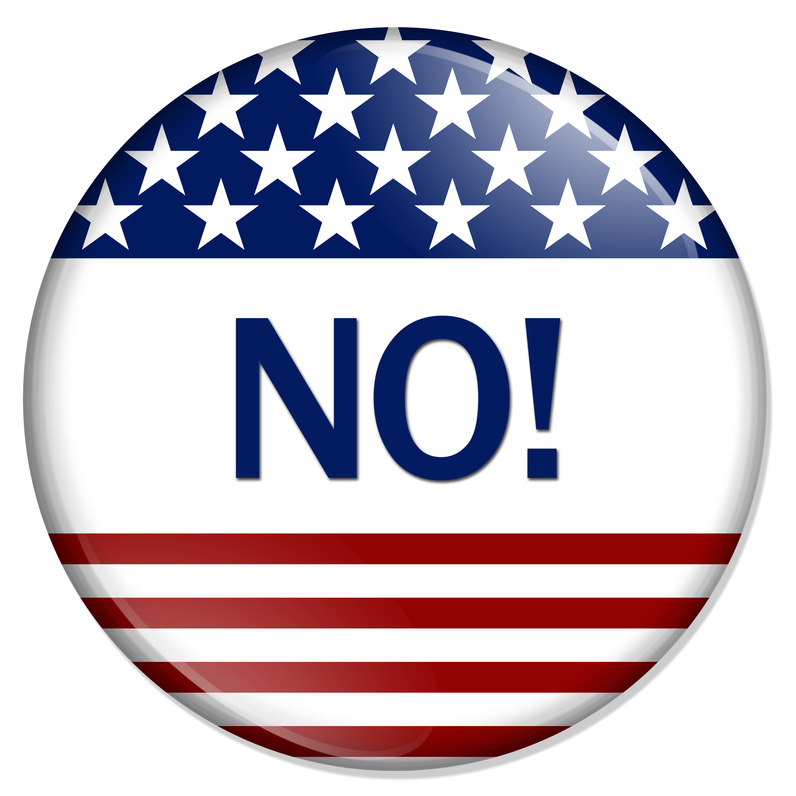 At the local convenience store, my wife Jo handed the clerk a $5 bill and waited for her change; finally asking for it. The clerk said, “We have a coin shortage. We have to round things to the nearest dollar.” Screw that! She dug in her purse, cobbled together the correct change and demanded the clerk give her a dollar back – while the line of “social distanced” customers behind her grew long.

The next day she bought a fountain Coke, normally $1.00 plus tax. The clerk said, “$1.00 please.” The merchant absorbed the tax. There are signs in the local stores saying they have a shortage and will buy rolled coins.

My BS meter went into full alert. A government capable of putting a man on the moon could solve a coin shortage in a matter of a few weeks. If there is a shortage, it’s because some politicos, or bankers want to create one.

“If some Congress members get their way, the Federal Reserve may soon be able to track many of your purchases in real time and share that information with government agencies. This is just one of the problems with the proposed “digital dollar” or “fedcoin.”

…. Some progressives have embraced fedcoin as a way to provide Americans with a “universal basic income.”

Both the Senate Banking Committee and the House Financial Services Committee held hearings on fedcoin in June.

…. Fedcoin would not be an actual coin. Instead, it would be a special account created and maintained for each American by the Federal Reserve. Each month, Fed employees could tap a few keys on a computer and – bingo – each American would have dollars added to his Federal Reserve account.”

Stefan Gleason at FX street writes, “A Digital ‘Fedcoin’ May Be Coming… And It Would Be Terrifying”:

“Cryptocurrencies…allows for de-centralized peer-to-peer transactions to take place outside the government-controlled banking system.

Backers of cryptocurrencies such as Bitcoin tout their privacy advantages and resistance to inflation due to their strictly limited quantities.

But what if this free-market innovation were co-opted to achieve opposite ends – centralized tracking of every transaction with no possibility of escaping digital devaluations? (Emphasis mine)

That’s what some central bankers are ultimately aiming for by replacing paper cash with their own digitized, monopolized currencies.

…. Consider what Federal Reserve Governor Lael Brainard said at a recent conference…. “By transforming payments, digitalization has the potential to deliver greater value and convenience at lower cost.”

During testimony before Congress…Powell noted…”I think it’s very much incumbent on us and other central banks to understand the costs and benefits and trade– offs associated with a possible digital currency.”

“Having a single government currency at the heart of the financial system is something that has served us well. It’s a very, very basic thing, it really hasn’t been in question, and I think before we move away from that, we should really understand what we’re doing. Preserving the centrality of a central, widely accepted currency that is accepted and trusted is an enormously important thing.”

Venezuela issued a digital currency called the “petro” in early 2018 – primarily as a way of getting around U.S. sanctions.

…. The petro makes it much easier to monitor transactions – and punish those conducting transactions inconsistent with the prevailing government’s objectives,” explains William J. Luther of the American Institution for Economic Research. “By requiring petro use, the Maduro regime tightens its grip on power.”

“There are risks,” Brainard said referring to private digital payment systems and alluding to Libra, “Some of the new players are outside the financial system’s regulatory guardrails, and their new currencies could pose challenges in areas such as illicit finance, privacy, financial stability, and monetary transmission.”

It could be deduced that the Fed’s major impetus for joining in on the digital currencies is largely around the dangers it anticipates from a privately owned stable coin with the ability to replace sovereign currency. (Emphasis mine)

On Dec. 18, Brainard appeared before a European Central Bank Forum and cautioned the ECB forum that the risks already associated with cryptocurrencies within the financial system would be exacerbated by a widely adopted stablecoin for everyday transactions. As Facebook’s active users account for nearly one-third of the global population, the possibility for quick massive adoption of Libra is very real.”

David B. Black at Forbes writes, “Who Needs Cryptocurrency FedCoin When We Already Have A National Digital Currency?”

“The cryptocurrency enthusiasts are at it again…now they want a “national digital currency.” Hurry! The Chinese will beat us to it, and we’ll be left behind!

….almost 90% of US dollars have no physical existence – they are purely digital. But this isn’t just for the USA; world-wide, only 8% of currency exists as physical cash!

…. Look at the history of where the concept came from. While no one likes to talk about it, the undisputed origin of the concept is a brilliant, well-implemented and widely used body of software called Bitcoin. The concept and every major feature of Bitcoin was designed to operate with no central authority of any kind in charge. Amazing. …. Bitcoin was also designed to give total anonymity to the people who deposit, send and receive Bitcoin….

…. More recently, we have seen highly publicized efforts to legitimize something like…Facebook’s Libra, which has the backing of a large number of name-brand financial institutions.

All this leads up to the newly “coined” notion of a “national digital currency” – let’s have the US government implement it instead of Facebook and its consortium partners!”

For centuries governments have demanded their currency is the only recognized medium of exchange. Friend Jeff Clark recently said, “Paper dollars are “money” because the government says they’re money.”

Gold is real money because there is a finite supply. You can’t weave straw into gold. Jeff adds, “And it only takes a 7th grade education to understand that the more you create of x, the less valuable x becomes.

Of course, the Fed is totally supportive. Member banks have their own personal sales tax, the fees they charge merchants for every credit card transaction. I read where Citigroup is borrowing from the Fed (taxpayers) at 0.35% and charging their credit card customers 27.4% interest.

NPR reports, “Cities And States Are Saying No To Cashless Shops.”

“…. Fedcoin poses a great threat to privacy. The Federal Reserve could know when fedcoin is used, who is using it, and what they use it for. This information could be shared with government agencies, such as the FBI or IRS.”

The government could use the ability to know how Americans are spending fedcoin to limit our ability to purchase goods and services disfavored by politicians and bureaucrats. Anyone who doubts this should recall the Obama administration’s Operation Choke Point. Operation Choke Point involved financial regulators “alerting” banks that dealing with certain businesses, such as gun stores, would put the banks at “reputational risk” and could subject them to greater regulation.

Is it so hard to believe that the ability to track purchases would be used in the future to “discourage” individuals from buying guns, fatty foods, or tobacco, or from being customers of corporations whose CEOs are not considered “woke” by the thought police? Fedcoin could also be used to “encourage” individuals to patronize “green” business, thus fulfilling Fed Chair Jerome Powell’s goal of involving the Fed in the fight against climate change.

Fedcoin could threaten private cryptocurrencies, increase inflation, and give government new powers over our financial transactions. …. Whatever gain fedcoin may bring to average Americans will come at terrible cost to liberty and prosperity.”

Hmmm, I wonder how long before NPR is told they must support Fedcoin and a cashless society or their government funding might be cut?

Fedcoin would allow the government to move to a cashless society, know where you spend every dime, make it easy to devalue your wealth through inflation, manipulate those who disagree politically, and most of all it is easier to confiscate your wealth with the press of a button. It must be stopped!

I’ve been spending money on Facebook advertising to garner new readers. It’s a poor investment, and Facebook is getting very frustrating. It’s silly to spend a lot of money to get a few people to sign up for something for FREE. It should be the other way around.

My Webmaster, who is a good marketer, suggested I ask our readers for help. Makes sense.

Feel free to forward our articles to anyone you wish, including elected officials. Please encourage your family and friends to sign up for our FREE letter at the same time. It doesn’t cost them anything, I don’t sell readers names to anyone, and it doesn’t cost you anything to make the recommendation.

Readers have been good about pitching in. I’m hoping this request encourages everyone to be more proactive which would really help us out.

Jo and I planned to go to Indiana after my August infusion but she and daughter Holly are emphatic about putting off the visit. They just don’t want us spending two nights on the road each way and they ruled out flying.

Not too long ago, I would have said, “screw it!” and taken off. As an 80-year-old, dealing with cancer, I gave in to the voice of reason and agreed not to go. I’m really frustrated.

I’ll confess I thought about the song, “Don’t let the old man in.” I don’t want to start giving in to “at my age” kind of stuff. I feel much of aging is mental, and it’s too easy to allow yourself to get old. If you start acting like an old man, that is what you become. Clint Eastwood wants no part of that and neither do I.

Friend Scott L. has been on a roll lately, supplying us with some much-needed humor: