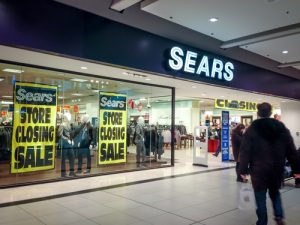 Once a mighty giant retailer, Sears is now on life support and dying. Many investors are also going to suffer.

My affinity for Sears began when my first son was born. He needed special shoes – a new pair every three months. My wife was in tears; the shoes cost over half my weekly earnings; we didn’t have the money. They were not covered by insurance, and Visa or Master Charge didn’t exist.

Sears was the only major retailer that carried the shoes. I went to their credit department and applied for a credit card. I told the lady I just took a second job and she could see we were desperate. I was surprised, she asked questions about my family, not just employment information. She approved our first credit card with a credit limit well beyond anything we deserved. I have been forever grateful.

Sears began as a mail order business. Families anxiously awaited receiving their Sears catalog in the mail. As kids we joked about how many of us picked out the same school clothes from the catalog.

With the evolution of shopping malls, Sears was the most sought after “anchor” tenant. Developers would go to Sears early on. Once they committed, lenders gave them more favorable terms and a mall was built. Other retailers would quickly sign on, vying for the best locations to take advantage of the shopper traffic.

The Moody’s analysts said Sears is bleeding cash and will have to continue to rely on outside funding or the sale of assets, such as real estate, to sustain operations. Kmart in particular is at risk of shutting down, the analysts said.

Fitch Ratings last month identified Sears as one of seven major retailers at risk of going bankrupt in the next 12 to 24 months and eventually liquidating.”

Isn’t it ironic that Amazon, basically an online catalog business is clobbering Sears at their old game?

“If you thought the fourth quarter was tough on retailers, brace yourself for an even more dismal first-quarter report card.

…The year kicked off with a spate of bankruptcies that have put the industry on track for the greatest number of Chapter 11 filings since 2009. Nine retailers filed for bankruptcy in just the first three months of the year – reaching halfway to 2009’s total…”

“Thousands of mall-based stores are shutting down in what’s fast becoming one of the biggest waves of retail closures in decades.

More than 3,500 stores are expected to close in the next couple of months.”

The closures will create a tsunami:

“When an anchor store like Sears or Macy’s closes, it often triggers a downward spiral in performance for shopping malls.

The nation’s worst performing malls – those classified in the industry as C- and D-rated – will be hit the hardest by the store closures.

The real-estate research firm Green Street Advisors estimates that about 30% of all malls fall under those classifications. That means that nearly a third of shopping malls are at risk of dying off as a result of store closures.”

Investors are being clobbered

“…For income stock, a turnaround play is a dividend suspension waiting to happen. If a company needs to make big changes to survive, the easiest way to start rebuilding is to stop paying the dividend and use that cash to pay down debt or rebuild the business. You want your dividend stocks to be companies that already are stable and growing their business.

This means avoiding a stock like Washington Prime Group (NYSE:WPG), which yields over 11%. This REIT owns second tier shopping malls and is losing anchor tenants like Macy’s.”

Speculators are piling on according to Zerohedge, “Mega-Bears Smell Blood As Mall REIT’s Tumble”:

“…Short sellers …have emerged from hibernation and…smelled blood, first and foremost among mall REITs – the most vulnerable of the lot – and are turning their attention to the struggling chains’ retail landlords.

…As a result, a regional-mall REIT index plunged about 22% from late July until March 6… As the retail conflagration has spread, so has the shorting: the amount of short interest on retail-focused REITs increased to $7.6 billion as of March 6 from $5.6 billion as of the end of December…”

“(Moody’s) …is the latest to weigh in on the state of the sector, and has 19 names in its retail and apparel portfolio, or 14% of the total, that are now trading at Caa/Ca. That’s deep into speculative, or “junk,” territory. It’s also a percentage close to the 16% considered distressed during the 2008/2009 period…”

MarketWatch reports about the size of the market and expectations:

“The retail sector had $38.9 billion in outstanding debt at the end of December. …the retail-only default rate is expected to jump to as high as 9% in 2017 from its current 1% trailing 12-month level.”

Many yield-seeking investors who took the risk and bought the higher yielding bonds are now faced with the threat of bankruptcy and/or trying to sell their holdings at lower market prices. Forbes reports:

“The share of loans out of the retail sector (excluding food & drugs) priced in the secondary below 80, a level often used as a benchmark of distress, increased to 16.6% in February, from 10.5% the previous month … That’s the highest since August 2009.”

“Wells Fargo estimates that about $38 billion of these loans were taken out by retailers, bundled into commercial mortgage-backed securities (CMBS) and sold to institutional investors.

The crunch in the CMBS market means holders of non-performing debt, such as pensions or hedge funds, stand to lose money.”

How many “institutional investors” packaged these loans into company sponsored funds and promoted them to retirees based on their yield? How many individual investors hold these risky debt instruments in their portfolio without realizing it?

When the Woodfield Mall in Schaumburg, IL was built it was the largest enclosed mall in the country. At Christmas time the parking lot was full of busses, bringing shoppers from out of state. Locals complained. It reminded me of the Yogi Berra quote, “It’s so crowded, nobody goes there anymore!”

Residents loved the fact that schools and municipal buildings were built with minimal real estate tax increases as millions of dollars in sales tax revenue flowed into the local coffers.

If the predicted 3,500 retailers close in a couple of months, many will lose their jobs and look to the government for help. Real estate and sales tax dollars into government coffers will be sharply cut.

What can the individual investor do?

While Sears and other retailers are dying, life goes on. Much like railroads, photography film and video stores, industries die and others are born. While we may be sad to see Sears’ plight, we can choose to observe and not suffer financially.

Investing in retailers, shopping malls or their debt instruments today is fraught with risk. Some may be bought at pennies on the dollar and become very profitable. Others may just be throwing good money after bad. Leave those investments to the speculators; the underlying premise of investing retirement money is preservation of capital.

It’s a good time to review your holdings, particularly any REIT’s, ETF’s, bond funds and mutual funds you may hold. Demand your broker give you information regarding individual holdings and how much may be invested in the retail sector.

Be wary of those who suggest you are diversified and the risk is minimal. Our society has never experienced the demise of retail businesses on the scale we are faced with today. Humans, reading the announcements of store closings, trade in anticipation of an event.

As the programmed traders pick up on the trend the downturn will accelerate even more rapidly. Things are likely to get much worse, why risk losing money when you can avoid it?

Next week we are driving across the country to Jupiter, FL. Our grandson, Jacob is graduating from high school. It seems like yesterday that Jo and I welcomed him to the world. The computer screen saver is our photo file. I’m regularly treated with photos of me holding a little peanut of an infant on my shoulder. He’s now taller than I am. Congratulations Jacob, we are proud of you!

Speaking of aging, I celebrated my 77th birthday earlier this month. I appreciated all the calls, cards and nice wishes on Facebook – thank you all!

I don’t feel old. I feel like a kid and recently bought a new pair of cowboy boots and a cool hat. Mirrors don’t lie. Wearing my cowboy gear I look like I’ve been to a whole lot of rodeos.

I went in for a routine physical including a visit with a heart doctor, an ultrasound and nuclear stress test. My blood pressure was 120/70. I didn’t break a sweat on the treadmill and passed with flying colors.

After delivering the good news, the doctor grinned and said, “It probably would be a good idea for you to lose some weight!” I thought I was doing well by not gaining any weight since last year…

I’m firmly convinced that skinny people have no idea how difficult it is for people who struggle with keeping their weight down.

The Good Lord works in strange and mysterious ways. When I arrived home from the doctor, look what popped up on Facebook: 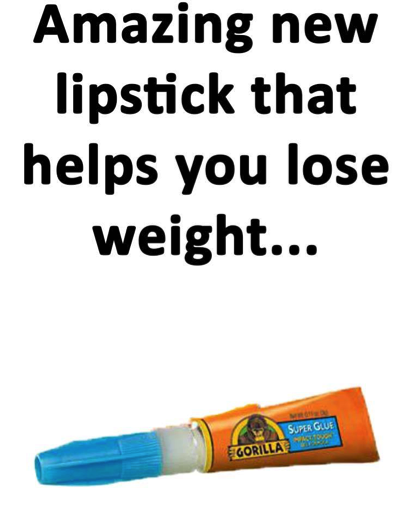