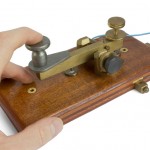 They conclude that the fund will run dry around 2034 and participants could face cuts of 20% or more. David Stockman and others take the report apart, referring to “fuzzy math” and conclude that it is more likely to go belly up in 2026, with cuts around 33%.

Let’s not quibble over when the final day will come, or which Trust Fund will go broke first. All that rhetoric does is to divert attention from the real problem which has disaster written all over it. The trustees are broadcasting a signal for help and nothing is being done!

The Trustee’s Report proposes a proper, but unrealistic solution: “Lawmakers should address the financial challenges facing Social Security and Medicare as soon as possible.”

The 2016 election season is upon us; the media is focused on politicians calling each other names, Trump calling someone a bimbo, and Biden’s kid telling the public the Russians secretly enrolled him on a website for people looking to have an affair. Bimbo does not come close to describing the totally misguided sense of priorities being foisted upon us by the political class and the media. Anyone heard any meaningful discussion on fixing Social Security? I sure haven’t.

The political class will avoid making the tough decisions if they can possibly put them off. The compliant media let’s them off the hook when they should be banging the drums to get the problems fixed. A modern day Paul Revere would be scoffed at and told he was an alarmist. Don’t let your retirement future rest in “hope” the lawmakers will do the right thing.

Enough with the smoke and mirrors

It’s time people understand Social Security for what it really is – and is not.

My grandmother lectured me about FICA, (Federal Insurance Contribution Act) which became known as Social Security. The law requires Americans to buy government “insurance” for their retirement. The public (including yours truly) was brainwashed into thinking that investing with their government is the safest investment on earth. Governments from Argentina to Zimbabwe have disproven that theory many times over. To believe the United States is the exception is foolhardy!

The scheme requires both the employer and employee to pay the insurance company (in this case the government) a certain percentage of your income. The money is put into a Trust Fund. When benefits come due they are paid from the sacred Trust Fund.

For generations the government collected Social Security withholding far in excess of the benefits they paid out . The government took the surplus money, used it to pay bills, and slipped government IOU’s into the Trust Fund. Don’t be fooled when you read that the Trust Fund contains trillions of dollars. It contains trillions in IOU’s. Using pension fund money to pay current bills is criminal, unless the folks who spend it are the ones who make the laws.

Today there is a shortfall. Where is the money coming from to make up the difference? The money comes from tax dollars and increased borrowing on the part of the Federal Government. How much is the shortfall? The front page of the Trustee Summary tells us what they hope will happen.

“The Trustees project that this annual cash-flow deficit will average about $76 billion between 2015 and 2018 before rising steeply as income growth slows to its sustainable trend rate after the economic recovery is complete (emphasis mine – that is an assumption based on hope) while the number of beneficiaries continues to grow at a substantially faster rate than the number of covered workers.”

Baby boomers are retiring at the rate of 10,000 per day and will continue to do so for the next 15 years. Stockman reports: “….the number of beneficiaries will grow from 59 million to 79 million over the next twelve years, and each and every one of these citizens has a payroll record that entitles them to an exact monthly benefit as a matter of law.”

The shortfall affects everyone, not just retirees. To pay out the promised benefits the government is going to have to cut spending and/or raise a hell of a lot more money. Something has to give.

A large portion of several generation’s retirement future is invested in IOU’s issued by an insurance company (the government) that owes over $18 trillion and is spending almost $500 billion more than it takes in every year. The Ponzi scheme is unraveling and hard working Americans are going to suffer. Uncle Sam let us down!

When government rulers anger the masses, throughout history they revolt, storm the castle and the lawmakers run for their lives. Hopefully our “civilized” nation will not resort to that, revolution can also take place at the ballot box. Our country has a hornet’s nest full of welfare class, working class, and social security recipients all getting restless. Washington, you have a problem!

Raise taxes and the working class could easily revolt – as well they should. Borrow several trillion dollars and they are stuck paying the interest. You would burden them heavily, making it difficult for them to provide for their family and their own retirement.

Cut welfare spending substantially – you can count on a revolt.

Cut the benefits for 80 million Social Security recipients you lose your job.

Ideally the economy would boom, jobs would be created, the welfare class would move to the work force, wages would rise, more payroll taxes would be collected and the ship would right itself. Everyone wins! Don’t bank on it!

Lawmakers will ignore the problem as long as they can. Eventually they will try to burn the candle on both ends (raise taxes and cut benefits), blame others for the problem, and kick the can down the road for another generation. Most of the 200 million (eligible to vote) hornets are stark-raving mad. Expect the worst and hope for the best, but don’t count on anything.

Two things boomers should do now

Regular readers know I am passionate about protecting ourselves as best we can. Last fall I wrote “Just the facts on when to take social security” outlining the arguments both for and against taking your social security early or deferring it.

I asked good friend Jeff White, President of the American Financial Group how he felt the government might address any changes. He feels politicians of all flavors don’t want to upset the public any more than they have to. Historically they have “grandfathered in” all those who are already covered and moved out the changes, like pushing back the full retirement date, to give the public time to adjust.

“Part of a Congressional solution to our national debt and the underfunding of Social Security is “devaluation of the dollar!” Paying future benefits with cheaper dollars is an option because the government owns the printing press.

While benefits are indexed for inflation as measured by the CPI, there are many who suspect the real rate of inflation is higher than we are told. If that is true, the government will meet their obligation in dollar terms, but your social security check will buy a lot less than you planned for.

The bottom line is baby boomers need to build their own sources of retirement income! Diversifying the currencies in their investment accounts, and other inflation protection type investments are in order, just in case the US$ is devalued.”

I agree with Jeff. There are two things that individuals can do immediately. I would encourage everyone to work with their financial advisor to find ways to diversify your nest egg to provide for inflation protection. Better safe than sorry!

If you have not done so, SIGN UP for our free newsletter, which includes our free report, “An Honest Persons Guide to Social Security“. After reviewing the report, I urge anyone who is thinking about when to file sit down and have a frank discussion with your financial advisor.

I am not implying everyone should take benefits now, each case is different. Your financial advisor will “run the numbers”; but understand they are based on the current system in place today. There are no guarantees the program will not change. When the report says, “urgent threat”, my decoder ring flashes “Danger ahead”.

Like Nero, the politicos and media are fiddling with bimbo remarks and political correctness, while danger is imminent. Maybe they can ignore the danger signals but boomers and retirees cannot, your retirement security hangs in the balance.

I want to take a moment and honor a very special person. My mother’s twin sister, Annice VandeWater will celebrate her 100th birthday in the next few days. She is quite a woman.

She was voted “Most Athletic” in her high school class. She played excellent golf well into her late 80’s. My cousin Ray said golfing with her was boring because she always stayed on the fairway.

More important, she is a wonderful, loving mother, grandmother and very special Aunt to our family. Although she no longer recognizes her children, her loving family will be there to celebrate. Happy Birthday Aunt Annice!

Good friend Alex N. sends me lots of clever political cartoons and articles pointing out the hypocrisy of the political class. He sometimes refers to it as “electile dysfunction”.

We have already had one debate, followed by breathless reporters covering candidates at the Iowa state fair in August. The Iowa caucus is scheduled for Monday, February 1st, followed by New Hampshire on February 9th. That is five month’s away. If they keep this up (pun intended) until next November we are all going to need to call the doctor.