Some Young People Are Catching On! 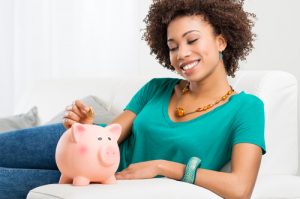 The Cambridge University computer crashed when famous physicist, Steven Hawking published his doctoral thesis. He says, “Each generation stands on the shoulders of those who have gone before them, just as I did as a young Ph.D. student in Cambridge, inspired by the work of Isaac Newton, James Clerk Maxwell, and Albert Einstein.”

Fortune reports, “Most Millennials Think They’ll Be Worse Off Than Their Parents”:

Four-in-five millennial employees-80% of workers under age 30-say their generation will be “much worse off” in retirement than their parents’ generation, according to a survey of more than 5,000 U.S. employees….

The anxiety apparently stems from…their expectation that government programs will erode, with 81% of millennials believing Social Security “will be much less generous” by the time they retire, and 74% saying that government-sponsored medical benefits like Medicare will also be worse.

…. It’s not just the millennials anymore who are worried…. Across all age groups, 76% of U.S. employees said they expect to be a lot worse off when they retire than their parents’ generation, with workers aged 40-to-49 just as likely to believe this as 20-somethings, though millennials still had the highest rates of pessimism overall.

I’m bothered by 76% of workers expecting to be worse off than their parents; almost like a foregone conclusion. While government programs may erode, that is no reason to give up.

I recently met an outstanding young woman, Aja McClanahan, founder of Principles of Increase, a personal finance blog. She is a young mom who lives on the south side of Chicago. Like many young people, she and her husband were up to their eyeballs in debt. They set priorities, worked hard to become debt free and are now helping others. She has a compelling story to tell.

DENNIS: Aja, on behalf of our readers, thanks for taking your time for our benefit. I feel some of the best lessons for young people come from their peers.

You both came into the marriage with debt. You assessed your situation, and I’m sure it would be easy to feel hopeless, yet you built a plan to get on a solid financial footing. What was your situation and how did you get turned around?

AJA: Dennis, thanks for inviting me.

The pay-off timeline is bumpy because I took on more debt for a business venture I thought would get us out of debt. (It took some time but paved the way for a profitable consulting business.) We paid off the very last bill in December of 2013. It took about 7 years to become debt free.

What I want people to know about my story is that we made a very “strange” decision to move to the inner-city to get out of debt. Why? A relative inherited a home they didn’t want to live in and offered it to us. At first, we said no because we are from the suburbs and the city scared us.

The more we thought about it we realized it was in line with our financial goals because there was no mortgage on the home. We had to clean it out and fix it up, then we could live rent-free. People thought we were nuts to move our young family to the city for the sake of getting out of debt.

Had we not done it, I would likely not be able to home-school my kids and support their careers in acting and voiceover. We also would not have been able to purchase an investment property (with cash) in 2017.

Finally, we would not be able to plug into a community rich with needs and hunger to attain a higher quality of life. We’re in the same community and are active in many ways, it’s moving in a positive direction.

DENNIS: Seven years is a long time to scrimp, save and fix up an old house. How did you stay focused; particularly when many of your friends bought new cars and fancy homes?

AJA: It was hard at times – especially because I am a shoe and purse gal who really likes nice things. I realized, at the end of the day, nice things don’t equate to wealth and freedom.

Eventually, I desired freedom to live my life the way I wanted more than I wanted a nice handbag. I valued home-schooling my children and preparing my husband’s breakfast and lunch. It sounds old-fashioned, but I enjoy putting my energy into my family.

Having debt meant I could not do these things. Debt told me what to do with my life. I’ve seen the term “debt slaves” – debt was my master – and I didn’t want any part of it.

After talking with other people with nice cars and big homes, I realized, many felt “trapped” by those obligations, like a never-ending treadmill. That’s not how we wanted to live our lives.

DENNIS: I was surprised when I saw that 76% of workers of all ages felt they would not do as well as their parents. What would you say to those who may get discouraged?

AJA: I would say create a vision of what you want your life to look like. I am a big fan of goal setting and vision boards. I used them as a blueprint for what I want to happen in my life. Every year, I’d create a vision board and place words of affirmation and Bible scriptures that confirmed our vision as a family: to be debt free and financially independent. We included things like home-schooling, traveling and real estate investing. Our family has traveled extensively, and we just purchased our first investment home.

When I created these goals and vision boards, I couldn’t even purchase a nice tube of lip-gloss. We were broke! It was insane to think that we would travel and become real estate investors, but it happened!

Don’t stop at “dreaming!” Begin to plan for your financial vision. Create an action plan, even if it’s saving $5 a month. Start there. We used Dave Ramsey’s Total Money Makeover book to craft our debt-freedom plan. Make sure you have a plan that accompanies your goal.

Discouragement comes only if you can’t see the finish line. A plan gives you a practical approach to get the job done!

DENNIS: I’ve seen situations where one spouse is the saver and the other a spender. How did you two manage to stay on track so well?

AJA: Surprisingly we are both pretty frugal. The only difference is that I am a planner; my husband is a little more “laissez-faire” when it comes to organizing financial goals. When I showed him the plan to pay off our debt, he was in total agreement. I used a free spreadsheet app, Google Sheets, for budgeting. With his support, I managed the budget during our debt freedom campaign, and it worked well.

DENNIS: What were some milestones that you set to keep you encouraged?

AJA: When we accomplished something, we’d celebrate. We paid off our car and had a nice steak dinner. We paid off another large bill and went to Las Vegas. It was a business trip and I used points to book my husband’s flight. We used the per diem for meals, so our cost was essentially zero for the trip. We didn’t gamble, (not our thing) shop or see any shows due to the budget.

It’s important to reward yourself (on par with the milestone) so that you don’t get “frugal fatigue.” Keep it fun and motivating if you can.

Once we paid off all our debt, we took another trip to Las Vegas to celebrate, still covered mostly by a client, and got to take advantage of shopping and entertainment and more!

DENNIS: What would you consider the most important piece of advice that you would want to pass to those who are struggling with debt?

Once we committed, the chips fell into place and we began to “suddenly” find discounts and extra gigs to make money.

DENNIS: How are you helping others follow your footsteps?

AJA: I currently blog at Principles of Increase where I share ways people can budget for debt freedom and begin to build wealth. I also write for web outlets like Inc., Credit Karma, Go Banking Rates and a few others.

AJA: Thanks for inviting me.

Dennis again. I love it when I see young people like Aja helping others. They make good choices, write their own life program, work hard and don’t let negative influences get them down. Remember, 24% in the survey KNOW they will be better off than their parents. Regardless of your age, it can be done.

I need to happily make a correction from last week. I discussed the lady from the class of 1948 that attended Jo’s high school reunion over Memorial Day weekend. I was corrected, she was from the class of 1938, it was her 80th reunion, and she has not missed one since she graduated. That would make her 98 years old! I suspect she holds a record that will not be broken. I hope we see her again next year.

Our Indiana summer is moving along quickly. Baseball is in tournament season and football practice has started. In between ball games, the boys have gone to baseball, basketball and golf camp. It’s good their grandmas are around to help move them about the county. Keeping the schedule straight is a chore; particularly with the rainouts and rescheduled games.

I’m amazed at current technology. We purchased the MLB pass, so we can watch the Cubs over the summer. We have a Roku plugged into the hotel TV and can watch them every night. The picture is terrific.

The Cubs are struggling a bit. The September pennant race could turn out to be exciting as the teams are closely bunched in the Central Division. Good friend Chuck Butler is an avid Cardinal fan, so it gets to be fun.

Friend Phil C. sent along some humor from comedian Bob Hope, who lived past 100. As a former GI, he was one of my favorites.