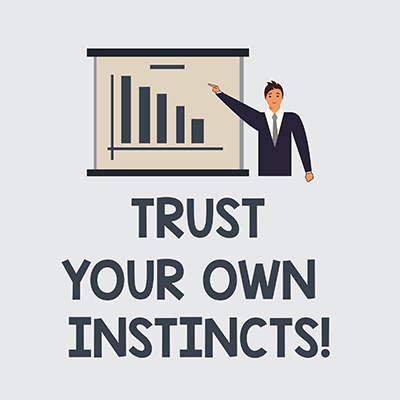 Friday the 13th, Atlanta Hartsfield Airport. I’ll soon be home for Christmas. It was a long year, 40+ weeks on the road; several two-week international trips. I was exhausted.

We finally rolled down the runway, headed home. Suddenly the pilot reversed thrust, slamming on the breaks. I felt my seat belt straining. I heard a couple screams in the back.

We chattered to a stop. Amazingly calm, he announced, “Ladies and gentlemen, I apologize for the abrupt stop. There is nothing on my instrument panel that indicated a problem. I’ve been flying for a long time; something just doesn’t feel right. I’m going to get things checked out.”

At the gate, mechanics flocked to the cockpit. The dreaded announcement came, “Ladies and gentlemen, this flight has been canceled due to mechanical difficulty.”

Getting rebooked out of Hartsfield on a Friday night is a nightmare. As passengers began bitching, the elderly woman next to me spoke up, “I’d rather be late than in a crash.” Bitching stopped. I stuck my head in the cockpit and said, “Captain, I’m a million miler and I’ll gladly fly with you anytime.”

Since the 2008 bank bailout, pundits have warned us of pending doom. Since the COVID-19 crisis, the drumbeats are getting louder. Our instruments are giving us mixed messages and hints; something just doesn’t feel right.

The St. Louis Fed tells us, “Gross domestic product (GDP), the featured measure of U.S. output, is the market value of the goods and services produced by labor and property located in the United States.”

With each downturn, the Fed turns on the magic money spigot and things continue to soar. The GDP presents a rosy picture.

“The Economic Policy Institute notes that continuing claims for all unemployment assistance are 17 million above a year ago and that 26.1 million workers are either unemployed or had a drop in hours or pay because of the pandemic lockdowns.”

This grabbed my attention:

This economic point was made clearly…by French economist Frederic Bastiat (1801-1850) in his essay…”That Which is Seen and That Which is Not Seen”.

Our recent article, “What Happens When All Our Wealth Is Gone?”, discussed how wealth is being destroyed faster than it is being created.

Billionaire Sam Zell said, “He believes the economy…is in far worse shape than it appears. …. There’s no reality attached to this market!”

When we get mixed signals, I call Chuck Butler. He has the uncanny ability to cut through the smoke and make sense.

DENNIS: Chuck, thanks again for your time to help our readers. Looking at the Fed’s definition of GDP, one would think it’s the roaring 20’s. Others don’t think so.

Can GDP increase while society heads toward the poor house at the same time?

CHUCK: Hello Dennis! Glad to be back! I love opining here… The answer to your question is YES… You see, consumption makes up some 65-70% of GDP, but when consumption falls, like it did during the pandemic, Government spending makes up the difference.

We all know that Gov’t Spending has been quite strong in the past year, right? The Gov’t reported that 4th QTR GDP was 4%; but most of that growth is comprised on Gov’t. Spending, included in the numbers. Now, there is a caveat to this Gov’t Spending – GDP does not include transfers such as Social Security payments.

DENNIS: The Fed says GDP is, “the featured measure of U.S. output, is the market value of the goods and services produced by labor and property located in the United States.” Most of the government spending was money from the magic money tree and had nothing to do with “produced by labor.”

If the government wants the GDP to look good for political reasons, they can just have the Fed create more fake money?

CHUCK: Yes, that’s exactly what’s going on! It’s important to keep the mirage of a strong economy going, to keep the people happy. With over 20 Million people collecting Unemployment benefits, and 800,000 people filing for weekly Uninsured Benefits, there’s a lot of rot on the economy’s vine.

Consumer Spending in the 4th QTR of 2020, was down 10%. I could go on and on with other numbers that show the economy is not strong. The point is the Gov’t WILL continue to print fake money, the economy on the outside will look like it’s growing; but on the inside, it’s contracting, badly…

DENNIS: In his article, “Does the US Still Have an Economy?”, Paul Craig Roberts quotes economist Michael Hudson:

“Hudson…emphasizes that the US economy is no longer a productive or industrial economy but a financialized economy in which bank lending is not used for new plant and equipment but for the financing of takeovers of existing assets in pursuit of interest, fees, and capital gains- what the classical economists called unearned income or “economic rent.”

CHUCK: Dennis, explaining “economic rent” could be an entire article. In a nutshell, economic rents should not be confused with profits or earned income.

For example: A worker may be willing to work for $15 per hour, but because they belong to a union, which restricts free market labor, they receive $18 per hour for the same job. The difference of $3 is the worker’s economic rent, which can also be referred to as unearned income.

It applies when a person’s skills would be valued less in an open market, but they receive more due to an affiliation with a group, such as a union, that sets minimum standards of pay. This is just one of many examples.

My former boss, and good friend, Frank Trotter, used to say that the country had become a land of “rent-seekers”; not people looking for housing, but people looking to make money by not earning it. The government is creating a lot of “Free money” with their Magic Money Tree.

DENNIS: I recently wrote about inflation being the hidden threat to our economy.

Jared Bernstein, a member of the Council of Economic Advisors, reassured us, “Janet Yellen is our Treasury secretary. She knows a little something about inflationary risks.”

I don’t know if Bill Bonner’s response is funny or scary.

Isn’t inflation normally too much cash, chasing too few goods, causing prices to rise while real wealth is being destroyed?

The Fed’s Magic Money Tree appears to be frantically trying to create inflation.

CHUCK: I’ve long said that when the U.S. Gov’t got into trouble, with debt, they would have three choices:

2. To raise taxes to historic levels…

3. Allow inflation to rule the economy, to inflate down the debts…

In looking at the choices, we know:

1. A snowball in hell has better odds than the U.S. cutting deficit spending…

2. BTO had a song that said, “You ain’t seen nothing yet!” I expect the government to do more than just rescind the Trump tax cuts. Raising taxes brings down the economy, and that’s not a good thing…

3. Inflation is the most likely choice to be implemented…

The one way the Gov’t can achieve rising inflation is to allow a general overall weakness in the dollar.

The government’s problem is that it is difficult to keep inflation under control. They don’t want a Wiley E. Coyote moment, when they run off the cliff, and realize there’s no more terra firma underneath them. A slow rise of inflation is needed to keep investors from bailing.

DENNIS: One final question. Much like the captain, we should be paying attention to our instincts and experience; the instruments will eventually catch up.

Is it possible for our readers to avoid a crash, or just minimize their personal damage?

CHUCK: I liked your intro; an experienced person, can avoid crashes. Good, experienced markets people should be able to guide investors properly.

Unfortunately, many “professionals” have no idea what real investment portfolio diversification is. They think that as long as they separate stock holdings, they’ve diversified the portfolio and you are safe.

To properly diversify your investment portfolio, you need to add as many different asset classes as possible, which would include currencies and precious metals…

Yes, it is possible to minimize your personal damage. Always question your markets advisor. Properly diversify your investment portfolio, with the help of an experienced, “captain”.

Dennis here. Trust your instincts; ask your advisor the tough questions. Do all you can to avoid the crash. Better safe than sorry! 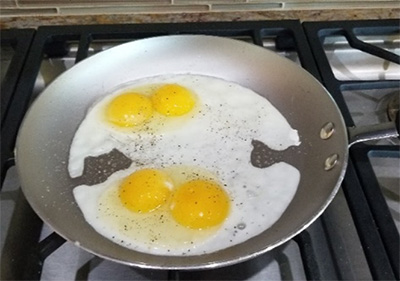 Last week Jo said I hit the breakfast jackpot when frying my eggs. Both eggs had double yolks. I figured it might be my lucky day. I went out and bought a lottery ticket.

Last Thursday was the drawing. No such luck, and it turned out to be a bit of an unlucky day.

We were running an errand and I asked Jo if she wanted to stop for gas now, or on the way home. She looked at the gas price and said, “Maybe we can find some cheaper, if not, stop on the way home.”

We generally buy our gas at Circle K because they give us the Fry’s discount at the pump. Every station was a dime higher than our local store so we decided to stop on the way home.

Damn! As we pulled in, we noticed they raised the price a dime while we were running errands. To pile on, the pump read, “You have no Fry’s discounts available at this time.” You would think they would raise prices in the middle of the night, but no, they do it in the middle of the day!

Gas has gone up almost $1.00/gallon over the last month. It’s been some time since I spent $47 to fill the van. I guess my lesson is, when you get two double yolks, don’t try to push your luck.

Quote for the week

When it comes to government-reported numbers, this quote seems appropriate.

“As I grow older, I pay less attention to what men say. I just watch what they do.”
— Andrew Carnegie

So, Chuck and I are bald. Does zinc and copper make our former hair heavier so it falls out faster?