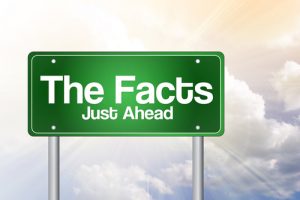 Many state and local public pensions are on life support. Public officials are negotiating with unions, taxpayers, pensioners, the courts and electorate to come up with a solution. Everybody wants a bail out at the expense of others.

“As of 2014, state and local governments sponsored nearly 4,000 pension plans that covered almost 20 million retirees, employees, and former employees who have not yet claimed benefits.

… Many states and municipalities are struggling to fund defined benefit pension plans for their employees. … (I)n order to improve their pension status, almost every state implemented some combination of lower benefit accruals and higher employer or employee contributions.

But underfunding problems have not disappeared, and they are likely to become more difficult in the future, putting pressure on other state and local spending programs and taxes.”

A tale of two cities

“Dallas’s police and firefighters are quitting in droves, wagering that financial-market losses are about to render their promised pensions too good to be true.

With the city considering benefit cuts to help close a retirement-fund shortfall that grew by $1.2 billion last year, more than 200 workers have decided to retire or leave, about double the normal rate …

“I’ve had 40 to 50 officers in my office this week asking what they should do,” said James Parnell, 52, secretary-treasurer of the Dallas Police Association and 25-year veteran. “They’re very nervous about what is going to happen, they’re fearing a run on the money.”

The Pension Board wants the city of Dallas to contribute $1.1 billion to shore up the fund. The local ABC news reported Dallas Mayor Mike Rawlings response:

“This is much like a Bernie Madoff scheme, if you ask me,” he said.

…(P)ast pension fund members guaranteed themselves 8-to-10 percent returns in their retirement fund called Drop. Some left with millions in their accounts.

On top of that, there were bad investments.

The pension board wants the city to contribute $1.1 billion in 2018, but to do that; they would have to increase the property tax rate by 130 percent.

The mayor says the city has already paid its share, and to do more could be illegal.”

It’s pretty simple; the money is not there. A mere 130% property tax increase would do the trick.

Might we blame lawmakers pandering for union votes? The New York Times points out the deal was doomed from the start:

“Guaranteed 8.5 percent interest, on tap indefinitely for thousands of people, would of course cost a fortune. But state lawmakers made it look “cost neutral,” records show, by fixing Dallas’s annual pension contributions at 36 percent of the police and firefighters’ payroll.

… Buck Consultants, the plan’s actuarial firm, warned that those assumptions were shaky, and that the changes did not comply with the rules of the state Pension Review Board.

“The Legislature clearly ignored that,” Mr. Kleinman said. The plan’s current actuary, Segal Consulting, reported in July that 23 years of unmet goals had left Dallas with a hidden pension debt of almost $7 billion.”

The police and fire fighters had a union contract and fulfilled their share of the bargain. When the airlines went bankrupt their pension benefits were cut. I knew a retired international pilot whose benefits were cut in half. It’s no wonder many are choosing a lump sum payout.

What about the taxpayer? Should they be responsible for pension shortfalls when they are struggling to look after their own retirement? Increasing the property taxes radically will cause a mass exodus. Residents will vote with their feet, while property values plummet.

The politicians went one step further:

“… (T)he pension trustees set about trying to capture the 9 percent annual investment returns. They opted for splashy and exotic land deals – villas in Hawaii, a luxury resort in Napa County, Calif., timberland in Uruguay and farmland in Australia, among others.

The projects called for frequent on-site inspections by the trustees and their plan administrator, Richard Tettamant. …(O)fficials were spending millions on global investment tours, with stop-offs in places like Zurich and Pisa, Italy. Pension officials argued that their travel was appropriate and their investments were successes.”

Now they are negotiating for a bail out. They screwed up and want others to bail them out.

“It was a strong vote on a tough and complicated issue,” said Mayor Sylvester Turner, who was brimming with excitement. Turner had spent the past 10 months negotiating with City, Police, and Fire pension boards to find common ground in what critics agree is currently an unsustainable system.

… (T)he entire package heads to the state legislature. Lawmakers must approve the changes next year in order for Houston taxpayers to see real relief that would total $2.5 billion dollars.

… If you are a Houston taxpayer, your taxes will not increase. In addition city employees, police officers, and fire fighters who are already retired will not see their paychecks decrease.

However, for current city workers and future employees, there is a complex formula of benefit decreases.

… Rank and file fire fighters have been voicing their displeasure … saying the city has shortchanged them.

Taxpayers and current retirees breathed a sigh of relief. Current city workers are seeing their benefits reduced to pay for the mistakes of others; similar to what happened in the private sector over the last 25+ years.

1. Pension plans don’t work. The premise is workers are not smart or disciplined enough to save money for retirement. Let the company or government do it for you. “Trust me, in 40 years your money will be waiting for you” is an unkept promise for most everyone in both the public and private sector.

The Houston politicians should have learned from the private sector. Politicians, pandering for votes will continue making promises they cannot keep and the problems will continue.

In discussing the Dallas bailout, Democrat State Senator Whitmire (who, in 1993 voted enthusiastically for the plan), says:

“It’s not going to be pleasant,” … But without some cuts, “this whole thing will come crashing down, and we’ll play right into the hands of those who would like 401(k)s or defined contribution plans.”

God forbid government employees would have to make such a terrible sacrifice by converting to some 401(k) type program like the private sector. In Dallas, those who can, are taking their money, and control over their money and running.

2. Those who caused the problem should make the biggest sacrifice.

It’s time for accountability. Pension board members were derelict in their fiduciary responsibility. Those in charge ignored the problem and kicked the can down the road for someone else to fix. Those who broke it should bear a cost of fixing it! If police and firefighters have to take 20% benefit cuts, then those responsible should take 40% hits. Penalize those who screwed up more than those who honored their part of the bargain.

In Dallas they are looking to the state legislature for bail out money.

The Central States Pension Fund, representing a quarter of a million active and retired truckers has been turned over to the Pension Benefit Guaranty Corporation. The Washington Post outlines proposed pension cuts with the implication taxpayers should bail out the plan.

If a corporation or a union has money to bribe the political class, why should the rest of us bail them out?

70% of baby boomers anticipate having to work well beyond their normal retirement age in order to fund their own retirement plan. Leave it to the political class to feel they should also have to bail out other pension plans so the privileged don’t have to work.

Enough is enough! They broke it; they should fix it!

I hope everyone had a great Thanksgiving holiday. We went to Las Vegas with our friends, Phil and Joan Carlson. Not everyone goes over the river and through the woods to grandmother’s house. The restaurants were jammed. As we left a terrific buffet, they said the wait time in line was around 4 hours to be seated.

I’m writing this in advance as my second cataract surgery is scheduled on November 29th. I did not realize how bad my vision was until my right eye (the bad one) was operated on. Now it’s 20/20 and my other eye (supposedly the good one) is blurry. The technology is truly amazing.

Once again, thank you to all who are helping us out by shopping at Amazon through our LINK. Christmas is around the corner. Your costs are the same; however by going through our LINK we get a small stipend. It helps offset some of our cost to keep our website FREE. Thank you all for doing so.

My wife Jo sent this along: