Thank God For The Maggies Of The World 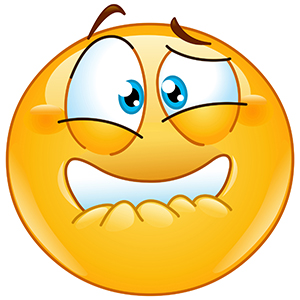 I was nervous and didn’t want to let on. I’d been dating Jo for several months and things were going well. I felt very comfortable with her parents and daughter Holly. This was going to be different.

We were driving from Florida to her hometown, New Harmony, Indiana, a small farming community with around 800 residents. There were 16 people in her high school graduating class. Jo emphasized they were a close-knit group, having grown up together since early childhood. This was my first visit. Jo was excited about going home and seeing all her friends.

Her father was in a Florida nursing home with Parkinson’s disease and her mother was ready to move there full time. They were auctioning off all their belongings in their homestead, selling their home and making the move.

I was OK until I saw the auction notice to be posted in the local paper, and several other publications throughout the county. Jo was grinning from ear to ear when she explained it was going to be a HUGE event, likely most of the town would be there. I would get to meet all her cousins, lifelong friends, their families, and who knows who else. It hit me!

If our relationship continued as it was, I knew it would not be long before I asked her to marry me. I was going to be on display, sure didn’t want to embarrass Jo. It would be nice to get two thumbs up from all her friends. I didn’t want to screw anything up. I kept telling myself I had nothing to worry about, but I was anxious.

I asked her to come shopping with me. I certainly wanted to dress appropriately. She said not to worry, we would see lots of bib overalls, blue jeans, dress slacks and everything in between. We settled on khaki pants and casual shirts.

My anxiety increased when we got there. The homestead sat on about 8 acres, including a couple of freshly mowed pastures. The auctioneer had cordoned it off for parking and was concerned about having enough room.

Things began the night before in a local restaurant and continued through the weekend. Lots of hugs, laughs, smiles, and stories. I was introduced to many lifelong friends, Carlene & David, Chris & Steve, Maggie & Ernie, Becky & Fred – the list went on. They were exactly what Jo predicted, warm, friendly, and not the least bit pretentious. Having spent most of my youth in Chicago, my background was different.

By the end of the weekend, I felt comfortable. Things must have gone OK because the good-bye handshakes were warm, and the hugs and smiles from the ladies were genuine. I received some whispered advice from some friends, which I appreciated…. “Hang on to Jo, you got a good one…”

Soon after, Jo and I were married. We made a few trips back home for class reunions, which are an annual event in her little town. Her friends became our friends. Many came to visit us in Florida as their kids left the nest and they began to enjoy winter vacations. Those were fun times.

Chris became the first to get cancer. Trying time for all of us. Surgery and follow-up treatment seemed to do the trick; we celebrated her 10th anniversary of being cancer free. The cancer returned and more surgery seems to have things under control.

Maggie soon followed with a different type of cancer. For several years she was undergoing chemo, surgery, periods of remission, but it was always there. I told her, “Should I ever get cancer, I would hope to handle things as well as you are.”

In 2019, I joined the cancer crowd, chemo, radiation, with a good bit of discomfort. Three months after my first clean bill of health, more cancer appeared and had to be treated.

When I was told my cancer was gone, good friend and fellow cancer patient Chuck Butler told me my job was to encourage and help others. Chuck was a tremendous help in my dark days. Chris, Maggie and others called Jo regularly to “check on Dennis” and offered me prayers and encouragement along the way.

Daughter Holly and family also live in Indiana. We missed one Christmas together because of my health issues. The following summer, I insisted we travel to Indiana to see the family, even though I was still very tired.

A dinner was arranged for us to meet our friends and spend time together. I learned a HUGE lesson that night. The normal handshake and hug routine will never be the same. The two cancer survivors, Chris and Maggie hugged me tight. Maggie held on, we looked into each other’s eyes and wept.

Much like I feel with Chuck Butler, I realized there is an unwritten, special bond between friends who have been down the cancer trail. It’s never been said out loud, but you just sense and feel the connection; it is real.

Maggie went back into treatment, surgery, in and out of a rehab center, and chemo to keep things at bay. While she spoke of her condition openly, the bulk of our conversation was her encouraging me – and vice versa. Chris and I realized, compared to Maggie’s situation, we’ve been lucky.

While Maggie continued to struggle, she continued to minimize her situation, go through life with a smile on her face, always encouraging others. Last spring, she emailed us that she made the decision to stop her treatment, enough was enough.

Tears streamed down my cheek when I read it. I waited a couple days before responding. I told her, “It must have been a bitch to have to make the decision you made – but my guess is it was an easy decision to make.”

She quickly responded, complimenting me for “getting it”. Our emails became more frequent, I would send her quotes and make comments. She would respond, thanking me and encouraging me.

I’m aware that someday I might have to make a similar decision. After discussions with Maggie, I hope I am never in that situation, but should it occur, her advice, counsel, and following her progress over the last several months has been invaluable. What an amazing lady!

Jo and I saw her in March, and again in July. She was in a wheelchair, under hospice care, but smiling and just as happy as ever. Ernie was with her; her children are in town, along with a cadre of loving grandchildren, checking in on them regularly.

Maggie softly whispered to me that she was concerned about Ernie who also has some health issues. After some good discussions with their children, she said, “I am no longer worried, he will be well looked after.” With a big grin on her face, she added, “That was my last major concern, now I can enjoy every day as best I can.”

We returned to Indiana in mid-September and were arranging a time to visit when her daughter notified us, she passed away, peacefully.

Her obituary is two pages long and well deserved. Maggie taught school for years, was a mother of three, and blessed with several grandchildren and great-grandchildren. She was an accomplished artist, started a local art gallery and was very active in many associations. Jo and I have several “Maggies” hanging on our wall.

I would hope all our readers are fortunate to have some Maggies in their life, smiling and encouraging us when we need it. She was a loving mentor for a lot of people, that’s for sure.

We were with Chris and Steve at a high school football game on a Friday night. Chris showed us a Facebook post. Maggie was in her wheelchair, attending her grandson’s game, grinning from ear to ear. She died the following day. May God Bless her….

Maggie was the epitome of a person who lived until she died. We should all be so lucky!

Regular readers will be pleased to know my son Dean and I had lunch with Chuck Butler and Frank Trotter on Monday. We had made annual visits to St. Louis to see him until I got cancer in 2019, so it had been a few years.

Lots of laughter and a great time. We are looking forward to next year’s visit….

I’m sorry to say we forgot to take a picture. I’d published some in the past and it would have been nice. Chuck looks great, smiley as ever!

Frank Trotter is starting a new bank and we will have more about it in the months to come. It will offer us all some real options we are unlikely to find elsewhere.

“To have a good friend is the purest of all God’s gifts, for it is a love that has no exchange of payment. It is not inherited, as with a family. It is not compelling, as with a child. And it has no means of physical pleasure, as with a mate. It is, therefore, an indescribable bond that brings with it a far deeper devotion than all the others.” — Frances Farmer

This week’s senior contemplations is courtesy of lifelong friend Toots: