It was my first business trip to Dallas. I rented a car and drove to a downtown hotel. As I exited the expressway into the city, I started shaking, sweating profusely and was frightened.

I mentioned it to the clerk who provided an immediate diagnosis. He explained I drove the exact route John Kennedy did when he was shot. When Kennedy was assassinated most of our nation was glued to the television for 3-4 days. He concluded my subconscious mind recognized where I was and issued me a warning. I walked over and stood on the grassy knoll in the park. I had never set foot in Texas, it was eerie. I felt like I had been there before.

Should we overrule our instincts?

In 2014 Barry Ritholtz quoted the legendary investor Sir John Templeton. “The four most expensive words in investing are: ‘This time is different.'” A year later, the market
continues climbing without a major correction.

In 2008, when the government began flooding the banks with trillions of dollars, I don’t recall anyone predicting the stock market would soar for the better part of a decade. Could this time be different?

Like many others, I’ve written regularly about poor economic performance, the low labor participation rate, stagnant real wages and the stock market that is on thin ice. Perhaps I am wrong. Maybe we should be looking at the world differently and taking better advantage of this soaring market? 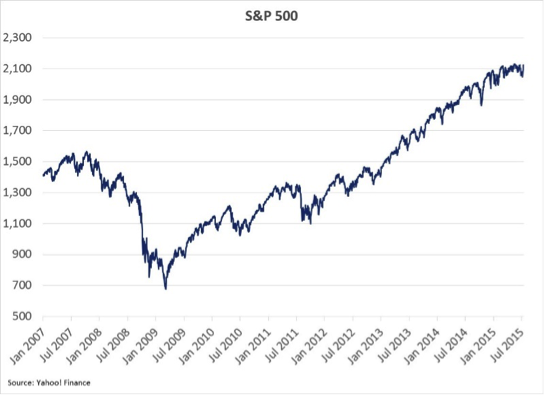 My subconscious suddenly set off the darn alarm again.

When the dot-com bubble began, I reconnected with a friend with a prestigious Ivy League economics degree. He wrote a newsletter for banks, not the general public. I went to him for advice.

When it came to tech stocks he told me not to get caught up in the hype. No matter what metric he showed me, the prices were so out of whack it was insanity. They were due for a huge correction.

After a few years of watching others get rich while I was on the sidelines, I finally decided to put my toe in the water. Unfortunately I saw friends who were “all in” trying for the life changing “ten bagger”. By then, the “ten bagger” winners were selling and paying off their homes. 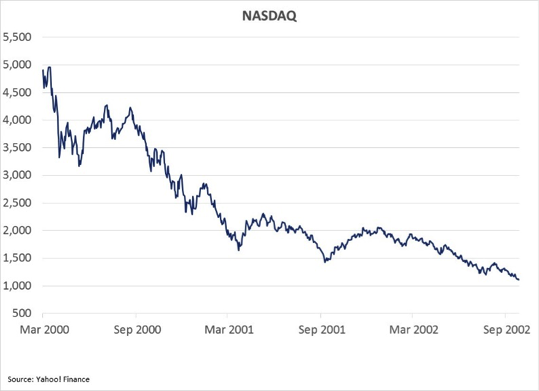 Is history repeating itself? The stock market soared for the last several years while many pundits (including yours truly) are predicting an inevitable major crash. Some “this is the year” predictions are repeating what they wrote last year.

It’s easy to predict what you feel is inevitable; getting the timing right is the hard part. Those who thought the crash would come years ago missed out on a profit opportunity if they sat on the sidelines. When it finally happens, a lot of late comers, and those hoping for one more double will be hurt.

What should an investor be doing today; particularly with money earmarked for retirement?

Start with some very simple things:

This time is different

I don’t know when the inevitable will happen, no one does. So what’s different? Today baby boomers and retirees are investing retirement money. We are older this time around. Time will not allow for a do-over if we are wrong. My subconscious is sending me a message, and I am passing it on. I have seen this situation before and all investor’s damn sure need to be careful.

Recently I was asked how I stay on top of things. I want to give a plug to three publications I heartily recommend.

The first is a terrific view of the world, with some very clear thinking, provided by good friend Chuck Butler in The Daily Pfennig. The second is MarketWatch with particular attention paid to the retirement section. Both are free.

The third required daily reading is Ed Steer Gold and Silver Digest. Don’t be fooled by the title. Ed does a terrific job of taking relevant articles of interest and presenting them for our perusal. Ed was part of the purge when Casey Research was taken over and has landed on his feet. His subscription price is low and an excellent value.

Today we have some quotes from Dr. Seuss: