The challenges of aging 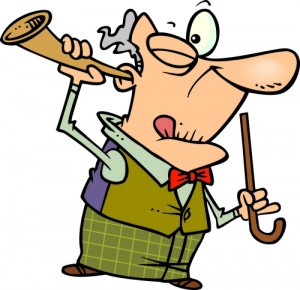 I was humiliated! I wanted to cry! I felt like running home, jumping in bed, pulling the covers over my head and never coming out. Then something snapped.

For years my wife Jo encouraged me to get my hearing checked. I finally agreed, and quickly learned I lost close to 90% of the hearing in my right ear and struggled mightily with high tones (like feminine voices). Even with hearing aids I lose about 50% of the conversation.

The doctor explained half his job was to get me the right hearing aids, but the other half was even more important. He told me how poor hearing really embarrassed men. In many cases they become anti-social, almost hermits. I reassured him that I was mentally capable of handling that, not a problem – or so I thought.

Shortly after getting the new devices I was in an office supply store. The check out clerk was a young girl, probably still in high school. I would call her “Squeaky”. Squeaky asked me a question four times. I was unable to understand her, and had to keep asking her to repeat the question. The line behind me began to grow. I finally got it, gave her the answer, picked up my merchandise and started out.

I looked up and saw Squeaky’s reflection in the store window. She put her finger up by her ear and made a circular motion; a classic signal that I was either crazy or stupid. I was humiliated. Then I snapped!

My face was beet red as I walked back to the counter. In a very loud voice I pronounced, “A person with a hearing problem does not mean they are stupid. As a matter of fact, I happen to be a member of MENSA, which is the upper 2% of IQ’s in the world. I lost my hearing as an 18 year old Marine when I got too close to an exploding mortar round in a training exercise. Because a person can’t hear well does not mean they are stupid.” As I stormed out of the store I was shocked for a second time. The people in line were smiling and applauding.

In that instant I learned a great lesson. I fought the idea of hearing aids because to me it was a visible symbol that I was getting old. Aging is a natural process and I will be damned if I am going to let anyone, particularly an inconsiderate teen-ager, affect my self-image and change how I live my life.

While you may walk a little slower, your hair may disappear and/or turn grey, and a few wrinkles will be found in the mirror; however you are still in charge of your behavior and self-image. A major element of independence is writing your own life programs versus living to other’s expectations. A 70-year-old today is not the same person their parents or grandparents were when they were the same age. Set your own trend that works for you.

It is pretty easy to fall into the trap of feeling obsolete or stupid. How many times have we heard, “I quit helping my grandson with his math in 6th grade? These kids are doing in grade school what we used to do in high school.”

Perhaps the new math is not familiar to us, but what about the old math? Ask a high school graduate to make change like we used to have to do. Play dominoes with them and see how quickly they can add up their score at the end of a hand without a calculator.

When it comes to testing a recent study reports: “Only about a third of the nation’s eighth-graders were at proficient or above in math and reading.”

Kids today are no longer being taught cursive. We recently mailed our absentee ballots for a local election. The instructions were very clear; we must sign our name (NOT PRINT) and return the ballot. My wife’s first question was, “What happens if people don’t know how to write?”

This is not to imply that one generation is smarter than another. While young people are being taught different things, it does not mean family elders are obsolete. I suspect seniors today are the last generation who know how to catch a chicken, clean and dress it and make the best damn fried chicken on the planet.

We are all familiar with the story of Eskimos floating grandma and grandpa off on a patch of ice, leaving them to freeze to death because they could no longer care for themselves. While our society has changed, it is in the best interest of everyone, regardless of age, to stay independent.

Teenagers fight to become independent, in the workplace we want to be free from bosses who are tyrants, and we want to be independent as a nation. Once we have achieved being captain of our own ship, we fight to never, ever give that up.

Independence needs to be broken down into three elements, physical, emotional and financial; don’t lump them together.

Physical independence means not having to rely on others to do things for you. It can be as simple as grocery shopping, changing a light bulb or everyday chores. Seniors realize soon enough that age brings about some limitations. Maybe you are better off hiring a painter than climbing a tall ladder. When your safety is in question, use some common sense and get some help.

Emotional independence is generally not an issue when both spouses are alive and together. It is when one spouse dies that we found things change.

Shortly after Jo and I were married her father died. We got her mother (affectionately called grandma) set up in her own condo about a mile from where we lived. It was a mutually beneficial relationship. If we wanted to get away for a weekend, she would gladly baby-sit. A couple days a week she would come over for dinner and daughter Holly still raves about how much she appreciated grandma helping with her homework.

Grandma would call Jo and ask her to pick up a jar of mustard or something next time she went to the store. When Jo delivered the mustard, it would be a 2-3 hour visit, maybe playing a game of cards. We realized grandma had moved in to a new home and had very few friends her own age.

Grandma was unhappy when we had to move away for a few years. Within a few months she got very involved playing the piano at church. Soon the calendar on her refrigerator was chock full of things to do with friends her own age. We had a regular appointment time each week to talk on the phone.

Emotional independence is having a circle of friends and family. By doing so, you have plenty of people to enjoy spending time with without burdening any particular person. The 55+ communities have served a great social purpose in providing a forum for seniors with common interests to bond together.

We live in a community called Anthem, AZ. It is truly a community for all ages. We have friends who have three generations living here. They love the idea of having a great balance between family and friends available.

Financial independence is the one most often discussed. This is also the one seniors must protect at all cost; which may entail learning to say no to the younger generation when they need money. Once you are past your earning years, your nest egg must last the rest of your life. It is a scary feeling leaving the work force.

On a personal note, I tell friends I flunked retirement – as did many of my friends. We can run all the retirement projections showing our nest egg should last Jo and I for the rest of our life, but I’m not ready to throw in the towel. I want to remain productive and continue to write. The idea of not having to depend on family or government for our future survival is as important to me as breathing.

While we may be aging, as long as we are capable we want to enjoy our life, our family and friends our way. There is much disagreement about the origin of the saying, “The opera ain’t over till the fat lady sings”. Jo and I want to keep the fat lady waiting in the wings as long as possible.

Jo grew up in a small Indiana farm town with 15 people in her high school graduating class. How surprised we were to discover one of her classmates lives nearby. We recently spent the evening with childhood friends Marcy and Roxanne who she had not seen in decades. Their childhood stories kept us laughing heartily all night long.

I realized just how true it is that today’s society is younger than previous generations. The ladies attitudes, hairstyles and dress styles are not even close to what our parents were when they were the same age. When the next generation arrives at the same point in time we hope they will be saying the same thing.

We attended Veterans Day ceremonies in our community, Anthem, AZ. People came from all over the country to see the Memorial that is described here. I received a terrific short video using time-lapse photography that is terrific. Having served the country creates a common bond for many. Thank them all for their service. 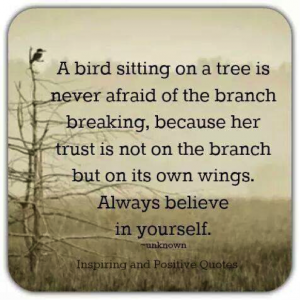