The Disease Or Cure? Take Your Pick! (Part II)

Last week we discussed the consequences of continued high inflation. It will bring economic devastation, the dollar would lose its status as the world currency, the destruction of the middle class, and likely another Great Depression.

Chuck Butler outlined what happens if the Fed flinches and doesn’t do what needs to be done – quickly:

“Soon after the Fed Heads will turn around and cut rates, print currency, and start the whole shootin’ match over again.

…. Bottom line, they will attempt to get the economy going and the mess will eventually get bigger –

Dennis, they call that ‘stagflation.’ Basically, it’s the Fed trying to burn the candle at both ends and making things worse.”

He raised interest rates to 15%, cut them back to 10%, and then raised them to 17.5% – kept rates high until inflation got under control. He solved the problem, but times were tough!

“While higher interest rates, slower growth, and softer labor market conditions will bring down inflation, they will also bring some pain to households and businesses. These are the unfortunate costs of reducing inflation. But a failure to restore price stability would mean far greater pain.

…. We will keep at it until we are confident the job is done.”

What happens if the government and Fed make the tough choices to get inflation down to their 2% target?

“The Federal Reserve on Wednesday enacted its second consecutive 0.75 percentage point interest rate increase as it seeks to tamp down runaway inflation without creating a recession.

…. The moves in June and July represent the most stringent consecutive action since the Fed began using the overnight funds rate as the principal tool of monetary policy in the early 1990s.

…. The fed funds rate…feeds into a multitude of consumer products such as adjustable mortgages, auto loans and credit cards. The increase takes the funds rate to its highest level since December 2018.”

The Fed followed with another 0.75% increase.

Compare the following graph to the Volcker years.

When Volcker did the job, interest rates were 5%+ above the inflation rate. Does Powell believe he can bring inflation under control with rates 5% below the rate of inflation? Sure, and a fart will tame a hurricane!

The citizens and politicos are getting restless – Powell is talking tough; he is doing something – but has a long way to go.

Rates should be at least 10%. Should the Fed get serious and raise rates above the current inflation rate – and hold them high until inflation is at the 2% target, expect some turbulent times.

Pundit Bill Bonner gets to the point:

“The Fed is also stepping up its QT program…. It will be extinguishing nearly $100 billion per month…. Instead of buying bonds…the Fed will be selling them (or letting existing bond holdings expire).

And here is where the battle against inflation becomes a fight for survival. It’s where the pain really begins…and where the Fed begins to fear for its own safety.

…. If the Fed isn’t buying US bonds, who will? If fewer buyers appear at the Treasury bond auctions, bond prices will fall…and bond yields will rise…mortgage rates will go up too. And soon, there will be mobs forming…of homeowners, stockholders, politicians, the media – with ropes in their hands and Jay Powell in their sights.

Without the Fed there to buy up bonds (providing more ‘liquidity’) borrowers will have to depend on real savers. …. The US government is still running deficits and expects to borrow more than $1 trillion in FY 2022.

…. If all the available savings are gobbled up by the federal government -private corporations, local governments, and mortgage lenders will be starved for credit.

What we are going to see is something we haven’t seen for many years – a bidding war, not for houses…not for meme stocks…not for gas…but for scarce credit. …. Mortgage rates will go up. Housing prices will go down…and the whole economy will tip into a deeper recession.

Then we will see what stuff Jay Powell is really made of.”

What about current debt?

It’s now $90 trillion+. Each 1% increase in interest would add $900 billion to the cost of renting money. US Gross Domestic Product is around $25 trillion. Each 1% increase equals about 3.6% of the entire economy. If rates were 10% on all outstanding debt, 36% of the economy would go to service the debt. Ain’t gonna happen…. Powell needs to act quickly before all the debt matures.

“U.S. household wealth fell by a record $6.1 trillion in the second quarter to its lowest in a year as a bear market in stocks far outweighed further gains in real estate values….

“As interest rates rise, fewer people borrow, and more existing credits are cancelled or go bad. Our monetary system is based on credit; a decline in the amount of credit outstanding is the same as a contraction in the money supply….

….so, a decline in the bond market tells us that the tide of credit, on which the whole economy – real and fake – floats, is going out.

Already, the Dow boats are down 15%. The 10-year Treasury bond yield has more than quadrupled from its 2020 low. And mortgage rates have doubled.

But these are, so far, just mild corrections. If this is the Primary Trend we think it is, it may take us all the way down to where the last one began – in 1980. If so….

Bonds will be crushed. Low coupon bonds will be regarded as ‘certificates of guaranteed confiscation’ as they were in the ’70s.

Mortgage rates will shoot up to more than 18%.

And the US – economically and politically – will turn into a quivering jelly of confusion and despair.

A Bonner dictum: the force of a correction is equal and opposite to the claptrap that preceded it. By that alone, the developing Primary Trend should be one for the record books.”

So, which is worse, the cure or disease?

All choices, inflation, stagflation, or the Fed aggressively taming inflation, come with a lot of pain; particularly for the middle class and those trying to survive on a fixed income. The welfare class will be screaming if their free stuff is curtailed….

Politicos will scream foul, blaming their political enemies; never taking responsibility for the problems they created. Ignore their BS, they broke it and deserve all the citizen backlash that follows.

My choice? This graph convinced me.

In 1980 Paul Volcker began his crusade to do whatever it takes to bring inflation under control. The economy struggled through 1982, when real growth started once again.

Inflation and stagflation have no end. Despite political promises and regime changes, Argentina and others plagued with high inflation never seem to solve the problem – it lasts for decades.

A Volcker fix will be very painful this time around, a lot of wealth will be destroyed, retirement dreams crushed, and the standard of living for most of the middle class will suffer. At least we can see light at the end of the tunnel.

Hopefully the backlash will cause congress to reinstate Glass-Steagall, reign in the Fed, break up the banking monopoly and make corporate stock buybacks illegal. It would take a Constitutional Convention to bring congressional term limits.

“Here are a few things you might consider doing to weather the storm….

Understand what is going on, hunker down, and this too shall pass!

We bundled up with light blankets for the grandson’s football games. It was chilly. 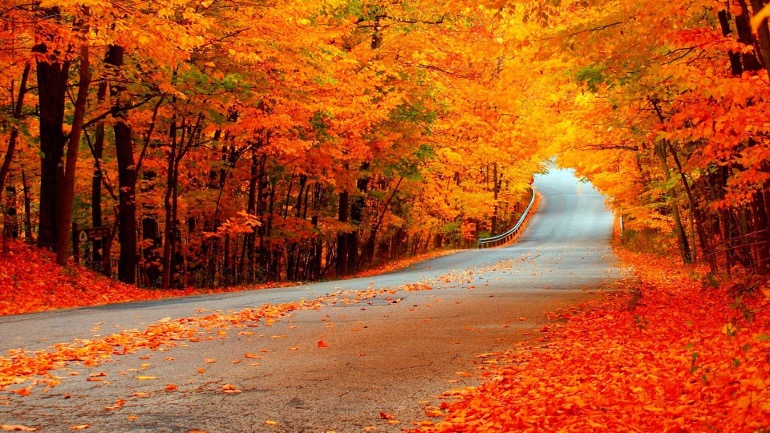 “I am enabled to say, however, that the characteristics of the season, when it appears in all its glory, are a mild and genial temperature, gentle southwestern breezes, unusual brightness of the sun, extreme brilliancy of the moon, a clear, blue sky; sometimes half hidden by a veil of gray haze; daybreaks redder than the splotch on the blackbird’s wing, and sunsets laden with golden fleeces, the wooded valleys aglow with the fires of richly tinted leaves, still clinging to the listless limbs, or lying where they have fallen….”

Some cool, and accurate prose from 100 years ago.

We would rake the leaves in the yard, build a fort and play in the leaves. We then raked them into the street by the curb and burned them. Half the neighborhood would do the same thing. Smoke filled the air for a couple weeks. The smoke would burn your eyes, but the memories will last forever. Can’t do that anymore, you have to load them into huge plastic bag and haul them away….

This week’s quote sure applies to the government creating and then trying to fix inflation….

“Government is good at one thing: It knows how to break your legs, hand you a crutch and say, See, if it weren’t for government, you wouldn’t be able to walk.” — Harry Browne

Some things to ponder from friend Phil C.