The Fed Always Runs To Save Wall Street 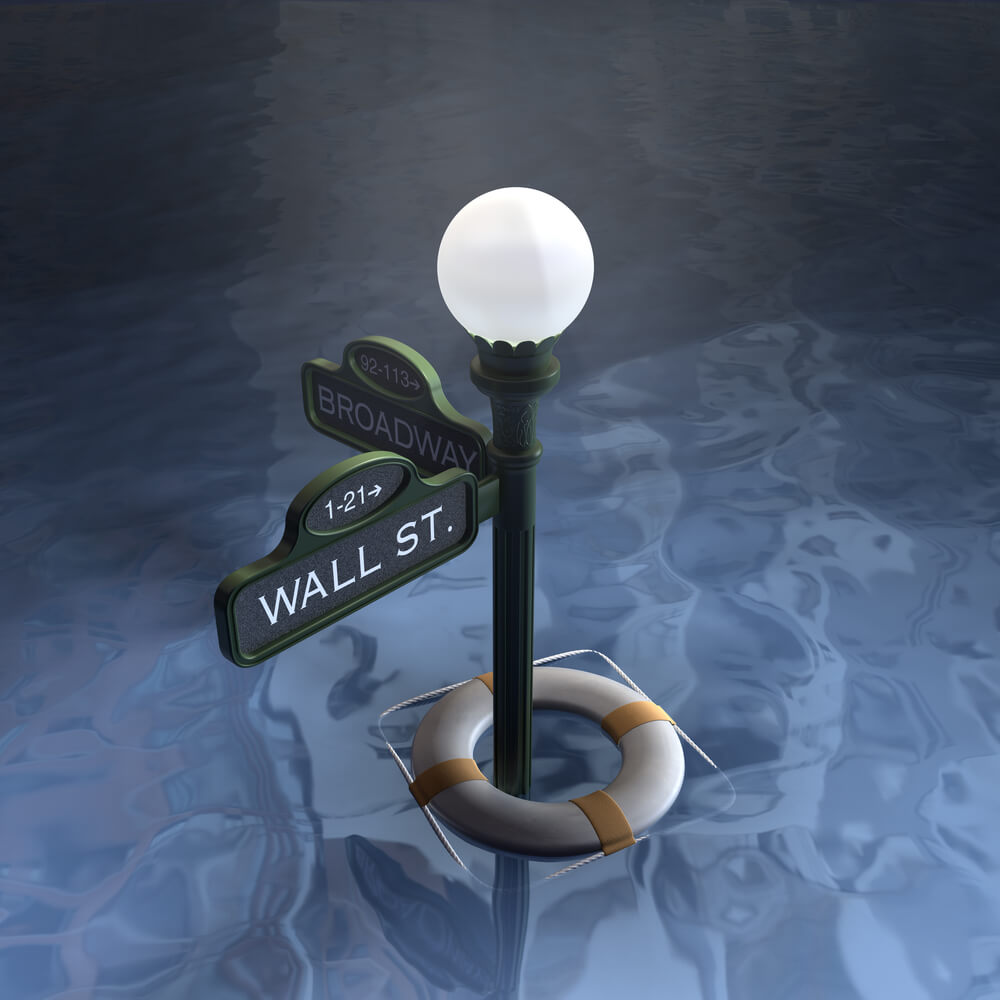 Chuck Butler recently discussed the probability of default of $300 trillion in global debt. Chuck added, “The Fed always runs to save Wall Street.” Why is that? Why not Main Street?

“The objectives as mandated by the Congress in the Federal Reserve Act are promoting (1) maximum employment, which means all Americans that want to work are gainfully employed, and (2) stable prices for the goods and services we all purchase.

That sounds worthy, nothing mentioned about saving Wall Street at our expense.

I searched for an image, “BS warning,” and several hundred choices appeared. This one makes the point in the least offensive graphic manner. Every Fed statement should come with this warning.

Pam and Russ Martin publish Wall Street On Parade. (WSOP) They don’t pull any punches. They look at Wall Street’s relationship with the banks: 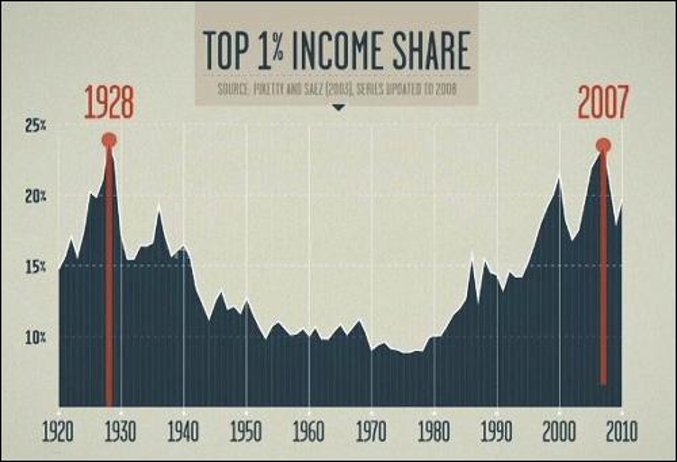 “The late 1920s and the early 2000s had two things in common. There was an unprecedented level of wealth and income inequality in the United States and there was no federal legislation to prevent giant Wall Street trading houses from owning deposit-taking banks filled with the savings of moms and pops across America.

…. The epic Wall Street crash of 2008, the worst since 1929, was not accompanied by moms and pops losing…their bank deposits, because the banks had become federally-insured in 1933. But it did require a secret $29 trillion bailout…by the Federal Reserve which has, to this day, grotesquely distorted the U.S. banking system along with the structure of Wall Street.”

“TARP’s original purpose was to increase the liquidity of the money markets and secondary mortgage markets by purchasing the mortgage-backed securities (MBS), and through that, reduce the potential losses of the institutions that owned them. (Emphasis mine)

Later, TARP’s aim was modified slightly to allow the government to buy equity in banks and other financial institutions.”

Consumers were reassured the low interest rates would quickly return to normal. That never happened! Instead we saw Quantitative Easing (QE) and even lower interest rates.

How did the “Fed’s monetary policy decisions truly affect the financial lives of all Americans?”

“The long-held dream of retiring by age 65 is harder to achieve now than it was 30 years ago….

The result: a workforce in which 20% of Americans beyond retirement age are still employed or on the job search. That’s the highest percentage in 57 years, according to money manager United Income.”

“The Fed still is playing out its 2008 banking system bailout, which clearly has failed.”

“The Great QE Experiment went badly for most of society, but its inventors not only did not get hurt but also became enriched, so twisted is our system of rewards for public service in central banking.”

The casino banks take huge risks with depositors’ money. When they win, they pay themselves extravagantly. When they lose, the Fed (taxpayer) bails them out – and they repeat the process. 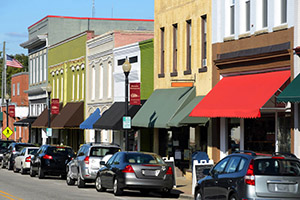 The Small Business Administration says small businesses generate 44% of the US economic activity and 49.2% of private sector jobs.

WSOP reports on how the Fed is using the Cares Act to help them:

“While called a “Main Street Lending Program” to help the Fed in its public relations efforts to not look like a captured regulator of the one percent, (Emphasis mine) the program currently sets a minimum $500,000 loan amount and allows loans to businesses with up to $5 billion in annual revenues and 15,000 employees. It also requires that businesses have a credit rating from a major credit rating agency, something that few mom and pop operations on an actual Main Street in America have.

It’s a sad, cruel joke! Main Street loses again. So much for the Fed and government looking after “the financial lives of all Americans.”

Was the banking system ever really fixed?

The Federal Reserve says it was. In the May 2020 Fed Supervision and Regulation Report, the byline under “Banking System Conditions” says, “The banking industry came into 2020 in a healthy financial position.”

WSOP writes, The New York Fed Is Exercising Powers Never Bestowed on It by any Law:

“The speed at which the New York Fed, owned by multinational banks, can create trillions of U.S. dollars by pushing an electronic button and bring financial relief to the 1 percent on Wall Street stands in sharp contrast to the millions of mom and pop small businesses across America who are still waiting to see a dime in relief…further consolidating money and power in the United States.”

“The Fed continued its attempts to perpetuate the narrative that “The banking industry came into 2020 in a healthy financial position” and has simply unraveled as a result of the COVID-19 pandemic.

The Fed needs this narrative to prevail in order to cover up its own negligent supervision of the behemoth banks.”

87 days after the Fed says all is healthy, congress authorizes trillions more in bailouts – and they want us to believe it is a surprise – all because of a virus? My eyes are burning from the odor of the bulls nearby….

Why does the Fed always run to save Wall Street?

Our article, The New York Fed Would Make The Godfather Proud explains the Fed is owned by the major Wall Street banks, which are also trading houses. Like 1929, the Fed serves their masters (Wall Street) at the expense of the American people (Main Street).

“What we see is that the elite…have become predatory…exploiting the “two-system” system and hogging wealth for themselves….

Will the masses ever figure out what is going on? Probably not.

But if the common man ever starts to believe that the elite have betrayed him…stolen from him in a scammy financial system…there’s going to be trouble….”

WSOP sums it up well:

“The core problem…is that a handful of banks holding the lion’s share of deposits in the U.S. are owned by the trading casinos on Wall Street, which, since 2000, have blown themselves up three times. That’s three widespread blow-ups in 20 years versus no widespread blowups of Wall Street from 1933 to 1999, a period of 66 years, when the Glass-Steagall Act was in effect.

Congress fixed it once, will they have the courage to do it again? Our country’s future depends on it.

While we’re at it.

Stop appointing Treasury Secretaries like Timothy Geithner and Steven Mnuchin who got rich as part of the corrupt system.

It’s like the Godfather having Sonny inside the government looking after the crime family’s best interest. Crazy! 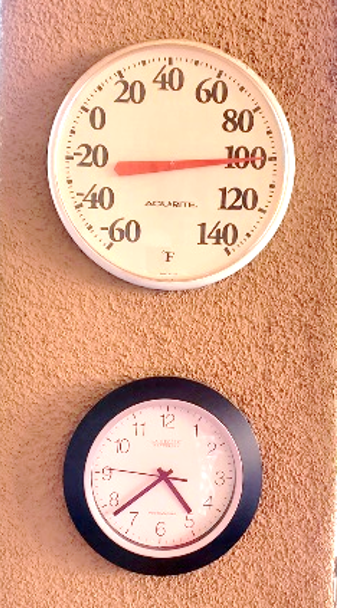 I recently wrote about the solar lights going on around 7:45 PM. Now they go on just after 8:00 PM. Summer officially begins on Saturday. It will be interesting to see when they start reversing the process and coming on earlier.

It is already hot here in AZ. The thermometer hangs on a pillar on the back patio. It still cools down to the high 70’s during the night. In August we will see temperatures well over 110 and it will remain in the 90’s overnight.

Jo has a bird feeder hanging from the tree outside the kitchen window. I normally turn off the TV for dinner; I consider that “together” time. We get a good collection of birds providing dinnertime entertainment. On the other side of the fence is a drop-off into a nature area.

Jo asked, “Why did all the birds suddenly fly away?” We then saw two little ears above the cement wall moving along the wall. They stopped and then a nose and eyes popped up, looking our way. It was a coyote – probably looking for the road runner. I went to get the camera but he was long gone before I could get a shot. In less than two minutes, several birds returned.

Jo worries; there have been a couple dozen adorable baby quail coming in every night. Unfortunately, their numbers dwindle each day. Nature prevails….

As a young boy, I got frostbite on my ear on a cold winter morning. 70 years later it still aches when the weather is cold and I don’t wear a knit cap. I despise cold weather, and love summer. I posted this on Facebook last week:

“If it could only be like this always – always summer, always alone, the fruit always ripe…” – Evelyn Waugh

At one time, Jo and I were full timers in a motor home. I added this photo: 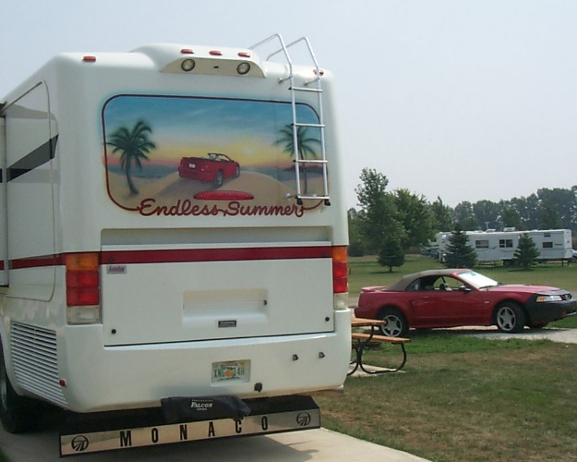 It’s time for our country to heal in many ways, not just the virus. I’m hoping to see baseball return, families enjoying the outdoors and summer vacations. Let’s all do our part.