The Fed Doesn’t Have A Problem With Fake Money – America Does!

I chuckled when I read the Wall Street On Parade (WSOP) article, “Congresswoman Katie Porter Tells the Fed that It’s got a ‘Big Problem’.” She asked Randal Quarles, Vice Chairman for Supervision of the Fed:

“The Fed is largely responsible for dispensing the $500 billion Congress provided as a bailout for corporate America – the biggest bailout in our country’s history, potentially. Using taxpayer dollars to buy bank debt was never part of that plan. In fact, the Federal Reserve stated explicitly in this document [holds up document] that it would not be purchasing bank debt. What happened?”

Quarles responded: “We haven’t bought bank debt in those facilities.”

The democrat congresswoman points out some of the bailout money was spent on Exchange Traded Funds (ETFs). She asks how much of that contained bank debt. Quarles said he did not know how much bank debt was included in the ETFs. She caught Quarles in an outright lie and continues:

“Well, it was a lot…these are companies like JPMorgan Chase, their debt is in there, and it’s a big problem that you did this. A white paper published by the Yale School of Management showed that, in fact, 15 percent of all those ETFs purchased was for big banks…. This is a headline from Bloomberg: ‘Despite Stated Exclusion, the Fed Is Buying Bank Debt.’ Would you like to revise your earlier statement…?“

…. Porter asks Quarles who is the world’s largest issuer of ETFs. Quarles hesitates and Porter says “BlackRock.” Stating that it “seems beyond belief to me.” Porter then asks Quarles if the Fed hired BlackRock to buy up BlackRock’s own ETF products.

As the bell rings indicating that Porter’s allotment of time for questioning has run out, she holds up a news article from the Wall Street Journal with this bold headline from September 18: “Fed Hires BlackRock to Help Calm Markets. Its ETF Business Wins Big.”

Why did I chuckle?

Political grandstanding. It’s America that has the problem.

“There have been at least 22 civilizations on this planet before us. …. Nobel economist Milton Friedman once said that as far as we know, the decline of every civilization was preceded by a dramatic increase in government, imposed either from within or from outside.

The theory is that a society can withstand only so much theft (“taxes”), regulation and red tape; then it becomes dysfunctional and things stop working. Since 1940, the US population has expanded less than 3-fold, while the federal government has exploded 28-fold.

…. Federal voraciousness, complexity and ruthlessness are certainly the biggest challenges faced by investors and businesses.

…. It is axiomatic that governments attract power junkies. I am convinced nearly all taxes are wealth stolen from Tom to buy the support of Dick and Harry.”

“As a percentage of GDP, government spending rose to 56% in the second quarter of 2020.

…. It is neither Supreme Court appointees…nor climate change initiatives…nor Black Lives Matter protests… nor face masks that will crash the U.S. empire.

It’s money. Or fake money, to be more precise.

Fake money…makes it possible for the feds to do things they oughtn’t do – hand out free cash…invade Iraq…jack up stock prices.

…. The U.S. owes $27 trillion…runs deficits of more than $1 trillion a year…and seems bound and determined to stick with this kind of Banana Republic financing until the jungle swallows it up, as though it were an ancient civilization lost in the vines.

But like lug nuts flying off the wheels, they are bound to cause trouble down the road.

And now, Sleepy Joe, assisted by thousands of lifelong Washington insiders, has found the overdrive button.

It will be a challenge for him…racing towards destruction…to beat Trump’s speed.

But he’s the man of the hour…with plenty of geezer friends in Congress – Mitch McConnell, Nancy Pelosi, et al. – who can help get the job done.”

What’s the problem with fake money?

Hoisington Management explains the US is caught in a Debt Trap:

“A very powerful secular downdraft has occurred in major measures of economic performance.

The U.S. is caught in a debt trap …. A condition where too much debt weakens growth, which elicits a policy response that creates more debt that results in even more disappointing business conditions.

The secular decline in economic conditions and the debt trap preclude the textbook conditions for powerful monetary policy measures to stimulate economic activity. Further, debt financed fiscal programs only boost the economy in the very short-run, but ultimately reduce growth.

…. This causality is supported by the law of diminishing returns….

…. It had been long recognized that if short-term rates approached the zero bound, monetary capabilities would be diminished.

…. When government debt as a percent of GDP rises above 65% economic growth is severely impacted and becomes very acute at 90%.

We are well past the “very acute” level of debt. The political class is out of control. Deficits no longer matter. Every crisis is an opportunity to create more fake money at a pace the world has never seen, primarily benefitting the banks and politically connected.

I recently outlined how the money goes into the banking system while the middle class gets left out. Charles Hugh Smith explains, “The Great Reset” Already Happened:

“Put another way: the elites have cannibalized the system so thoroughly that there’s nothing left to steal, exploit or cannibalize. The hyper-centralized global money control has run out of rope as the cheap oil is gone, debts have ballooned to the point there is no way they’ll ever be paid down, and the only thing staving off collapse is money-printing, which holds the seeds of its own demise.”

I agree with Richard Maybury, “I am convinced nearly all taxes are wealth stolen from Tom to buy the support of Dick and Harry” – however, the Fed is the great enabler for congress. Today, instead of raising taxes, congress can cut them, the fed creates more fake money and congress buys the support of all three.

The Fed and congress don’t see any problems. This is not a democrat/republican issue, it is America’s problem. The debt to GDP ratio skyrockets no matter which political party is the flavor of the day.

While Sherrod Brown, Katie Porter and Elizabeth Warren can grandstand in front of the cameras all day long, politicos will not bite the hand that feeds them.

“According to the Center for Responsive Politics, using data collected by the Federal Election Commission, the industry category called “Finance, Insurance & Real Estate” donated a stunning $201,675,240 to Biden’s campaign and PACs supporting him. Add to that the category of “Lawyers and Lobbyists,”…and you’re looking at a cool quarter of a billion dollars.

…. Yes, America is facing a health crisis from the pandemic and an economic crisis that Biden must address in his first 100 days in office. But corporate money in politics is just as grave a threat to democracy in our country. If Biden fails to address that early on in his presidency, the street celebrations we saw this past weekend will be rendered a hollow exercise in wishful thinking.”

In 2016 I asked, Does Congress Have the Courage to Break up the Banks?

The political class, will continue creating more fake money, buy votes and hope to kick the can past the next election cycle. The middle class will see their wealth disappear while the elite get richer.

When will it end? I thought it would have ended long before now. How will it end? I don’t know, but it won’t be pretty. Those who are debt-free, own gold and are mobile, will likely fare better than most.

Last weekend I watched Northwestern beat Illinois to end up with a 6-1 record. They play Ohio State for the Big 10 championship. That is a challenge, for sure. I was pleased to see this, “‘Cats Shatter Department’s Fall Academic All-Big Ten Record“.

“The Wildcats’ 155 student-athletes from six varsity sports, topped the previous high of 127, which was set in the fall of 2019.

…. Northwestern football tallied a program-record 69 honorees. This year marks only the third time that the program has exceeded 50 honored student-athletes in school history.

…. To earn Academic All-Big Ten distinction, an athlete must be in at least their second year at the institution and have a cumulative GPA of 3.0-or-better.”

There is still such a thing as a student-athlete.

This headline also surprised me, “Oklahoma State Cowboys RB Chuba Hubbard opts out of season to focus on NFL draft.” The article mentioned he didn’t play last Saturday and would not play in a bowl game. I wonder how his teammates feel about that….

Quote of the week 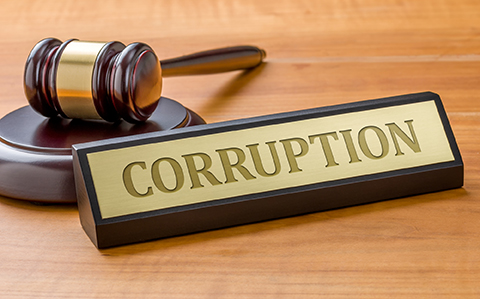 “When plunder becomes a way of life, men create for themselves a legal system that authorizes it and a moral code that glorifies it.” — Frederic Bastiat

(Wonder what that means for us bald guys?)

I hope everyone has a wonderful Christmas and New Year’s. We are enjoying our grandchildren in Indiana. We will publish our yearly mentoring article between the holidays, and see ya on the flip side….