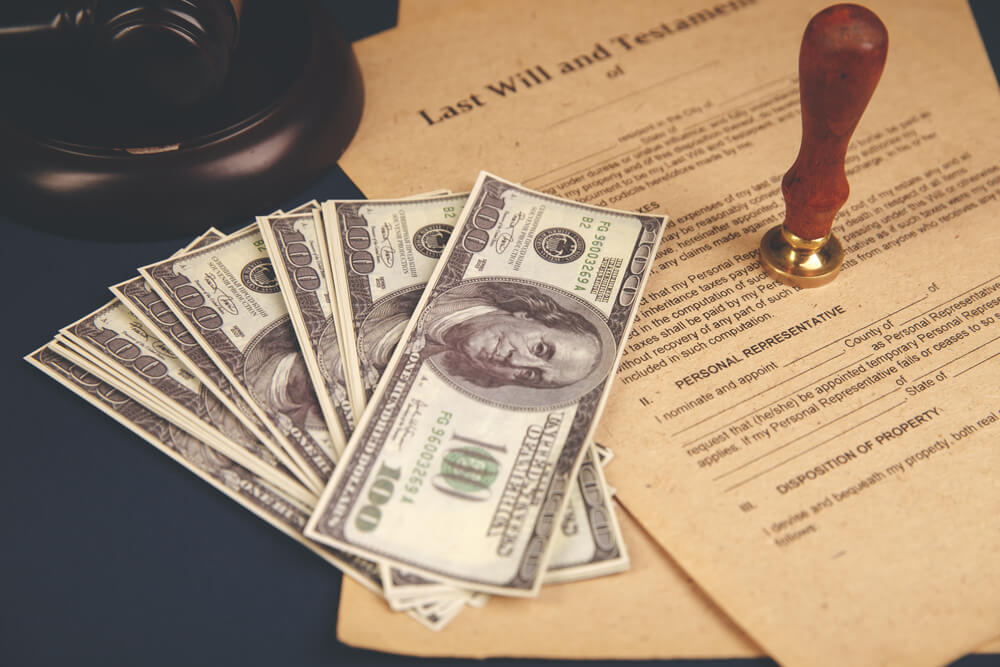 In a debate about Obamacare, VP candidate Sarah Palin claimed the legislation would create a “death panel” of government bureaucrats who would decide whether Americans (citing her elderly mother and child with Down syndrome) were “worthy of medical care”. It was a highly controversial subject.

Whether it is individuals or businesses, the government should NOT be allowed to decide who lives and who dies.

The recent power grab by big banks and Federal Reserve has made them corporate death panels. They can decide which sick companies in corporate America are given life support while others die.

Let’s start with the banks. Wall Street On Parade (WSOP) reports the big banks are playing favorites with the Paycheck Protection Program (PPP):

“Democratic members of the House of Representatives Select Subcommittee on the Coronavirus Crisis sent letters to…eight of the largest U.S. banks….

The letter to JPMorgan Chase read in part:

“The CARES Act specifically encouraged the SBA…’to ensure…disbursement of covered loans prioritizes small business concerns and entities in underserved and rural markets,’ including businesses owned by veterans, members of the military, socially and economically disadvantaged individuals, and women.

“Media reports indicate that some large lenders apparently created a two-tier system for processing PPP loan applications. The banks’ wealthiest clients had access to a personalized application process that ensured their applications were processed first. Other applicants had to use poor-performing electronic portals, faced significant processing delays, and sometimes needed to find another lender to consider their application.

One report found that JPMorgan Chase ‘provided loans to virtually all of its commercial banking customers’ that sought PPP loans ‘while the lender’s smallest customers were almost entirely shut out.’ “ (Emphasis mine)

We are already seeing reports where Pelosi’s husband and many politically connected Hollywood moguls have received millions in bailout money. I read an estimate where thousands of small, mom and pop businesses are unlikely to reopen.

Casino banks are sick once again and being bailed out for a second time in 12 years. Instead of a government clamp down, CNBC reports:

The banks will also be able to avoid setting aside cash for derivatives trades between different units of the same firm, potentially freeing up billions of dollars in capital for the industry.

…. The Volcker Rule was designed to prevent banks from acting like hedge funds. The general principle is that they are allowed to facilitate trades for clients, but not allowed to strap on risk for big proprietary bets. (Emphasis mine)

…. Sheila Bair, who chaired the FDIC for a five-year term…called the two changes “ill-advised.”

“As a former chair of the FDIC, it won’t surprise you to hear me say that $40 billion dollars that will no longer be in banks to protect them against derivatives exposures” will likely increase risk to the government….”

…. The FDIC and the Office of the Comptroller of the Currency are set to vote on the rule changes, and the Federal Reserve and Securities and Exchange Commission must also sign off on it.”

The big banks can use depositor’s money to become venture capitalists and buy risky bonds, knowing the Fed will bail them out with taxpayer dollars if they bet wrong. Meanwhile, they keep paying dividends, buying back their stock and rewarding themselves with big bonuses.

Any company with a lot of bond debt, and risky credit rating, is likely courting the big banks to hold as much of their debt as possible, anticipating preferential treatment. I’d love to be a fly on the wall at some of the big boy cocktail parties.

Banks pass problems to the Fed

“A CLO…are loans made to businesses-specifically, troubled businesses. CLOs bundle together so-called leveraged loans, the subprime mortgages of the corporate world. These are loans made to companies that have maxed out their borrowing and can no longer sell bonds directly to investors or qualify for a traditional bank loan. There are more than $1 trillion worth of leveraged loans currently outstanding.

…. In December, the Financial Stability Board estimated that, for the 30 “global systemically important banks,” the average exposure to leveraged loans and CLOs was roughly 60 percent of capital on hand.

…. The prices…tumbled in March, before the Federal Reserve announced that its additional $2.3 trillion of lending would include loans to CLOs.”

“Under the latest guidelines, the Fed said it will buy,…individual bonds …. Those purchases will go along with the ETFs the Fed already has been buying…but also include some junk bond funds….”

Chuck Butler told us, “The Fed’s bylaws prohibit them from buying corporate stocks and bonds, and during this spring we’ve seen them do both! Where is Congress? The Fed is breaking the law and congress, so far, is letting them get away with it.”

“The Fed…has set its own list of names based on its own rating criteria and other metrics, which translates as it can buy any company that was investment grade before the crisis…and which remains investment grade in the Fed’s mind. It means the Fed will buy whatever it thinks it might need to buy in order to avoid corporate shocks dragging down the economy.

…. What has all this QE Infinity and ZIRP interest rates created? A global market economy where…market prices have become meaningless as a result of financial asset inflation? Where junk bonds are priced like AAA securities, allowing private equity funds to thrive?

Since 2008 we witnessed corporate binge borrowing, buying back their stock at high market prices, while they increase dividends. Chuck Butler has warned, the loans are coming due. Now the economy has slowed down, and many companies cannot pay off the loans. The Fed and banks pick which sick companies receive aid.

I’ve only seen two members of congress raise hell about this, Elizabeth Warren and Bernie Sanders. They blame the concentration of wealth on crony capitalism, which is not true. The cause is government interference in the free market. It’s crony socialism!

Their proposed solution is more centralized government control, which is the exact wrong thing to do.

“What the Fed is doing keeps zombie companies alive. Companies that should be bankrupt.

You can’t have capitalism without failure.

The reason the US economy is so spectacular is precisely because we allow failure to an extent not allowed anywhere else in the world. If older firms don’t die, younger, better ones can never take their place. When you don’t allow failure, you lose dynamism from your economy.

In a crisis, everyone wants to do something. Instead, we should do nothing. I am fond of saying, “don’t just do something, stand there.”

Everything the Fed has done has benefited the big over the small.

In middle school, I learned that the reason the Soviet Union failed was central planning-the idea that someone, somewhere can successfully direct the activity of millions of people. The invisible hand does a better job of that.”

Congress steadfastly refuses to oversee the Fed. Maybe they should all go back to middle school.

Expecting the fed to reign in the big banks is foolhardy. The Fed and big banks are so powerful they can operate as corporate death panels. Sick corporations will be propped up by the casino banks, also on life support themselves while taking undue risks with depositor’s and taxpayer dollars. If they bet wrong, they pass the debt along to the Fed.

The Fed can choose to let the zombies default, and they will probably die – with the taxpayer footing the bill. Or, they can “extend and pretend”, taking on new debt from poorly run companies.

The casino banks should never have been, “too big to fail”. They should have all gone the way of Lehman Brothers. Glass-Steagall must be reinstated with venom. While the government fiddles, our nation burns.

Allowing casino banks and the Fed to operate as death panels is like giving teenage boys booze and car keys. A recipe for disaster!

Jo and I participated in the DC Tea Party rally. Several hundred thousand “working class” citizens voiced their discontent – peacefully. Career politicians called it a “hissy fit”. The working class is getting fed up – politicos better wake up! Hopefully, the revolution will take place at the ballot box and they will all be sent packing.

Several readers asked for an update on my cancer treatment. Three months ago, I had three spots on my lung that sparkled on the scan, indicating cancer. The most recent scan shows two of them no longer sparkle. The doctor said they might now be scar tissue. The remaining spot has shrunk in half.

While this is encouraging progress, the doctor also said that cancer cells learn how to work around things. Many patients find new cancer in a year or so and they have to change the treatment recipe.

Our friend Chuck Butler has been doing this for well over a decade. Life is good, just keep the music playing as long as we can.

Also, a reader asked about the owls. No sooner did I send the article to production last week, than they turned up again. Last night four of them had a pool party in the bird bath. They really are fun to watch.

Friend Scott L. sends this along:

The Washington Post published the winning submissions to its yearly neologism contest, in which readers are asked to supply alternative meanings for common words. The top 10 winners are:

1. Coffee (n), the person upon whom one coughs.
2. Flabbergasted (adj.), appalled over how much weight you have gained.
3. Abdicate (v.), to give up all hope of ever having a flat stomach.
4. Esplanade (v.), to attempt an explanation while drunk.
5. Willy-nilly (adj.), impotent.
6. Negligent (adj.), describes a condition in which you absentmindedly answer the door in your nightgown.

7. Lymph (v.), to walk with a lisp.
8. Gargoyle(n.), olive-flavored mouthwash.
9. Flatulence (n.), emergency vehicle that picks you up after you are run over by a steamroller.