It’s FREXIT time! It’s time for American’s to give the Federal Reserve the boot; send them packing, once and for all. They are too politicized, working against the will of the majority, and much too powerful.

In July I explained why the British severed their ties with the European Union (EU). Here are some damning quotes from BREXIT the Movie:

In January Yahoo Finance quoted Yves Lamoureux, president of macroeconomic research firm Lamoureux & Co. – “The Fed will have to expand its balance sheet to get us to grow again – especially this year, an election year” (Emphasis mine). He was right.

“The Budget Deficit for 2016 Will Increase After Six Years of Decline – The 2016 deficit will be $544 billion, CBO estimates, $105 billion more than the deficit recorded last year.”

It is no coincidence the CBO reported that the last six years the deficit had declined and now, at the end of an election cycle it was on the rise. They must protect the politicians.

The Fed played their part by keeping interest rates at the lowest level the world has seen in 5,000 years. Today the Fed funds rate is between .025 and .05%. In December 2007 it was 4.25%. In round numbers, if the Fed funds rate were 4% higher it would add approximately $800 billion to the current budget deficit pushing it well over $2 trillion. The Fed is not raising rates because they are covering for an irresponsible government.

Zerohedge estimates, “That debt growth amounts to roughly 7.5% of the entire US economy.” If rates were anything close to historical, the deficit would be almost 12% of the economy. That’s outrageous!

No one on the Board of Governors (political appointees) voted for a hike, but three of the five Regional Bank presidents did. Seems to me that not hiking now is more a political move than not. (Emphasis mine)

“I can say, emphatically that partisan politics plays no role in our decisions about the appropriate stance of monetary policy.

… When transcripts of the Fed’s recent meetings are released in five years, I will assure you that you will not find any signs of political motivation.”

She is probably correct; the public will never find any signs whatsoever (sarcasm intended).

The politicos and the Fed have a symbiotic relationship. The Fed claims to be independent. Theoretically it’s supposed to be managed by congress. Their member banks find ways to pour millions into the coffers of the politicos for protection. In turn the Fed finances out of control spending by irresponsible politicians.

In January 2016 senate democrats blocked legislation that would have required an audit and greater transparency on monetary policy. The vote was 53-44 in favor of the audit bill, but 60 votes were needed to move forward. Governing against the will of the majority prevailed.

“In advance of the vote, former Federal Reserve Chairman Ben Bernanke wrote in a Brookings Institution blog post that “[t]he principal effect of the bill would be to make meeting-by-meeting monetary policy decisions subject to Congressional review” and that too much transparency would allow for “political interventions in monetary policy decisions [that] would not lead to better results.” (Emphasis mine)

In my youth I spent summers on a dairy farm. You never forget the smell – there is a bull nearby!

The Fed bailed out the banks at the expense of taxpayers, while destroying the retirement plans of several generations.

A majority of Americans opposed the bailouts. The Huffington Post tells us, “The disgust is bipartisan, with 87 percent of Republicans and Independents opposing future bank bailouts, along with 81 percent of Democrats.”

Today the Federal Reserve, unchecked by an irresponsible congress, picks the winners and losers. They intervene in the free market that used to reward those who make good decisions and punished those who didn’t.

The federal government also bullied their way into the free market. They bailed out GM and Chrysler, giving control to the unions. Auto dealerships were closed favoring those who were politically connected. Like the banks, the unions also funnel millions of dollars to the political class.

Obamacare, coupled with never ending increases in the minimum wage provides a great incentive for small businesses not to grow and hire more people. Here’s the list of the politically connected exempted from Obamacare.

The government’s quest for power never stops. Former US Treasury Secretary Lawrence Summers suggested the idea of the government regularly purchasing stocks as a potential ingredient in a recipe for the developed world to strengthen economies struggling with subdued growth and inflation.

Reuters reports Yellen is in favor of the idea:

“…(T)he Fed’s current toolkit might be insufficient in a downturn if it were to “reach the limits in terms of purchasing safe assets like longer-term government bonds.

It could be useful to be able to intervene directly in assets where the prices have a more direct link to spending decisions,” she said, adding that buying equities and corporate bonds could have costs and benefits.”

The country does not need the government picking winners and losers in the stock market. The political class and politically connected feel pay to play is a beautiful thing! They would love a chance to expand their power and money sources.

Both republicans and democrats pander to the masses at election time. “We’re fighting for you!” Pure baloney! The average small business, farmer, home based worker and independent contractor has no political party looking out for them.

The public is on to the game just like the working class Brits were on to the EU charade: 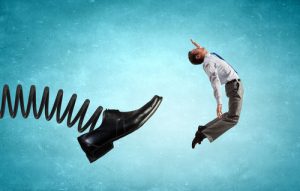 Governing against the will of the majority eventually ends with a major push back. It’s time to boot out the Fed! The public is fed up with being bullied by a much too powerful political class that is no longer listening to them.

They are tired of the Fed (a bunch of academic intellectuals applying theories that don’t work) destroying the economy and their retirement dreams.

Send them packing! Spring semester will be here soon.

Don’t forget to turn your clocks back Saturday night. Arizona stays on Mountain Standard Time. During the summer we are on California time. I like it because sporting events come on earlier and you can get to bed at a reasonable time.

Last week I had my first cataract surgery done. It’s amazing. They inserted a permanent contact lens in my eye and my distance vision is better than it has been in my entire life. Friends said things would be sharper and brighter than I could imagine. That’s true and I’m anxious to get the other one done now.

Christmas is coming and I want to encourage readers using Amazon to please use this LINK. Your prices don’t change, you can use your Amazon Prime account like always, and we get a small stipend. A friend summed it up best when he said readers who are kind enough to use the Amazon Link are helping me turn an expensive hobby into an inexpensive one. My goal is to keep this site FREE and your purchases help to offset some of the cost.