Translating The Message – And It Isn’t Pretty! 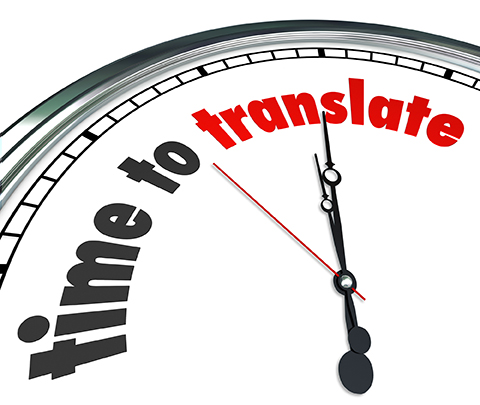 Last fall the Fed said it began “tapering” the amount of debt securities they were buying.

The Fed says one thing and does another; they continued buying debt at the rate of $1.328 trillion per year. WSOP astounded me with this: (emphasis mine)

“Buried in the fine print of the announcement were these two additional mandates for the New York Fed’s Open Market Desk:

‘Increase holdings of Treasury securities and agency (Mortgage Backed Securities) MBS by additional amounts as needed to sustain smooth functioning of markets for these securities.’

Expert Chuck Butler is the best Fed translator I know. I asked him what does this mean? His response was clear:

“I do believe that what they were pointing out is that:

So, in essence, The Fed is lying to the public… They say they are tapering but they aren’t…

Dennis, remember when Alan Greenspan was the Fed Head? He’d finish speaking and people would be looking at each other thinking, ‘What the heck did he just say?’ Not wanting to appear stupid, they applauded him for being such a great intellectual. They called this tactic ‘Fed Speak.'”

“Fed speak is a technique for managing investors’ expectations by making deliberately unclear statements regarding monetary policy to prevent markets from anticipating, and thus partially negating, its effects. Fed speak was employed by and is most closely associated with Alan Greenspan, Fed Chair from 1986 to 2006.”

Wikipedia tries to politically gloss over the issue:

When Congress was debating auditing the Fed for the first time in their history, Chairperson Janet Yellen told Congress their duties are so complicated, Congress and the American people would not be able to understand them. Yeah right!

The only departure from obfuscation is they quit trying, today they go directly to lying. Richard J. Maybury chimes in:

“I have been studying economics for a half century and can tell you for a fact that he who trusts government statistics shall be known as a fool. Again, all governments lie, always have and probably always will.”

WSOP asks, “Is the New York Fed Working for the American People or the Wall Street Banks that Own it?” They quote a former bank examiner, Carmen Segarra regarding the culture inside the Fed:

“…. Nothing I had seen during my decades of legal work had prepared me for what I witnessed in just a few short months at the New York Fed.

In those months I discovered a disorienting world full of hidden clues, where people said one thing but meant another. Beneath the public face of the Fed laid a web of incompetence, corruption, rampant mismanagement, secrets, and lies. In the “fake work” culture of the Fed, where supervision was a job title, not a job, the most important thing was to control the process to serve the ultimate master. The New York Fed was not simply failing to stop the banks; it was actually enabling their bad behavior.”

WSOP concludes, “It’s long past the time for the U.S. Justice Department to do its job and investigate this deeply troubled and co-opted institution.”

Let’s not be deceived by the Fed. They announce they will stop buying debt and raise interest rates, slowly of course. They quietly add they will “smooth” the markets, not allowing a free market to reign.

Chuck and I felt they would let the current debt roll off the books, yet they add their new mandate:

The Fed won’t let their Wall Street masters down. Why should anyone trust the Fed?

Chuck anticipated the Fed would “taper” in such small amounts that inflation will continue to grow, while protecting Wall Street – predicting they will stop at the first sign of a crisis.

What is a crisis?

To most Americans the definition of crisis is straightforward; “A time of intense difficulty, trouble, or danger.”

What may be a crisis to one person or group is of little concern to another. When the government screams “crisis” we should ask, “for who?”

Adding to the definition of crisis is this sentence; “The turning point of a disease when an important change takes place, indicating either recovery or death.”

In 2008, the government screamed “banking crisis”. Was it real, or manufactured? Investment banks made bad decisions, taxpayers bailed them out, creating a disaster for Main Street and retirement plans.

What does the Fed mean by “crisis?” It’s any possible excuse to continue to funnel tax dollars to the investment banks that own them – public be damned!

Remember politician Rahm Emmanuel’s explanation of the saying, “Never let a good crisis go to waste.” A crisis is a great political opportunity to get things done that would never happen when the public wasn’t scared and emotionally upset. Translated – govern against the will of the majority.

Which Lords decide who recovers and who dies?

John Mauldin writes “Time to Rethink the Fed”. He shares this quote:

“In many important ways, the financial crash of 2008 had never ended. …. The problems that caused it went almost entirely unsolved.

…. When America relied on the Federal Reserve to address its economic problems, it relied on a deeply flawed tool. All the Fed’s money only widened the distance between America’s winners and losers and laid the foundation for more instability. This fragile financial system was wrecked by the pandemic and in response the Fed created yet more new money, amplifying the earlier distortions.”

“I believe Fed officials are largely responsible for the cycles of bubbles, booms, and busts over the last 30 years. Further, they share some of the blame for the growing divisions and tribalism in our society. Much of it springs from the wealth disparity they aided and abetted.

They need a complete restructuring because the Fed isn’t accomplishing what we all need it to. Worse, it is causing problems we could do without.”

The Fed and their Wall Street masters thrived at the expense Main Street – the elite siphoned the wealth of the nation. The gap continues to grow.

Their easy money has caused rampant inflation. The Fed lies – not serious about solving OUR crisis – that of Main Street America. Why? A proper solution will be a reverse of 2008, eventually Main Street will recover at the expense of Wall Street.

Pundit Bill Bonner sums it up this way:

Alan Greenspan put forth the doctrine that the Fed should be used to support Wall Street, but not Main Street. This approach – ultra low interest rates, money-printing and bond purchases – boosted the value of stocks and bonds… making the richest of the rich richer than ever.

While the Fed coddled, protected, and rewarded the top 10% of the population, it punished the bottom 90%. For 20 years…the gap between rich and poor widened every day. But for the last two years, the middle and lower classes are becoming not just relatively poorer, but absolutely poorer….

…. Stocks sell for more than 15 ounces of gold at top; at bottoms they sell for fewer than 5.

…. Through dumbbell wars, grifter bailouts, jackass handouts, an additional $62 trillion in debt… the primary trend has carried the Dow from 44 ounces of gold in 1999 to 18 today. Only 13 more to go!

So buckle up, buckaroo. Inflation… deflation… boom… bust… it’s going to be a rough ride.”

Keep your eye on the ball

My primary concern is summarized by Ernest Hemingway:

“The first panacea for a mismanaged nation is inflation of the currency; the second is war. Both bring a temporary prosperity; both bring a permanent ruin. But both are the refuge of political and economic opportunists.”

Historically politicos used war to divert the citizens attention away from the real problems at home. How high does the price of gas have to go before we see a revolution at the ballot box?

Don’t let the political class and media create an emotional crisis. We MUST focus on our problems at home. If we don’t, we will end up with rich, poor and no middle class, kinda like communism.

Last weekend we went back to Daylight Saving Time. It snuck up on us pretty fast. Arizona does not go on Daylight Savings Time, so we are now on CA time for part of the year. I love it because all the sporting events start at a reasonable hour, we don’t have to stay up late at night to see the outcome. Soon we will start seeing the sun come up very early in the morning.

The NCAA basketball tournament starts this week. I’ve always pulled for the underdog. This year I would like to see Arizona do well. It has morphed into “March Madness” for sure. With all the ads I see for sports betting, I can’t imagine how many billions changes hands during the tournament, with the bookie making their 10% of the cut.

I was happy (and surprised) to see major league baseball and the players association come to a labor agreement. Let the games begin!

“The refusal of King George 3rd to allow the colonies to operate an honest money system, which freed the ordinary man from the clutches of the money manipulators, was probably the prime cause of the revolution.”

Friend Phil C. sends along some “Boy were they wrong!” quotes:

I was in my mid-teens when Bill Haley released “Rock Around the Clock”. In January 1956 Elvis released “Heartbreak Hotel”. Danny & the Juniors told us “Rock and Roll is here to stay.” So far, so good…

Had Variety Magazine visited any high school during that time, (the target audience for Rock and Roll) they would have known better.